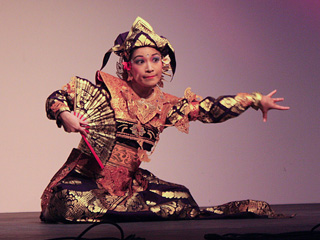 The Road to Asia last Saturday was almost perfect. It was November and the festival was indoors.  It was at the Japanese Canadian Cultural Centre.

Parking was easy. The entrance fee was only $5 ($3 for seniors) and receptionists were cheerful and helpful.  Fortunately for me, the show was also 30 minutes late so I didn’t miss anything. The rest were on time. Sets of three or four acts started on the hour. No groups were repeated until the fifth hour.  Then I knew it was time to wander among the stalls, eat, or talk with the merchants.

The situation was perfect because it meant parents and friends of one nationality were seeing and hopefully enjoying shows of other cultures.

The marketplace was filled with lovely silk from Thailand, cotton jackets from Indonesia, and Tibetan-style shawls. One Japanese stall offered split-toed tabi or socks, and geta, Japanese sandals. There were also exquisite miniatures of food and furniture.

Food was sold in one room with big tables and chairs.  There were noodles and other hot dishes, and chop sticks. Later, I took curry patties and crispy chow mein home.  When the tables were occupied, we had to sit with other people.  I like sitting with strangers.  You can converse with them, and ask them questions.

Just the right number of people attended for the size of the venue.  Almost all of us had comfortable seats in the auditorium. 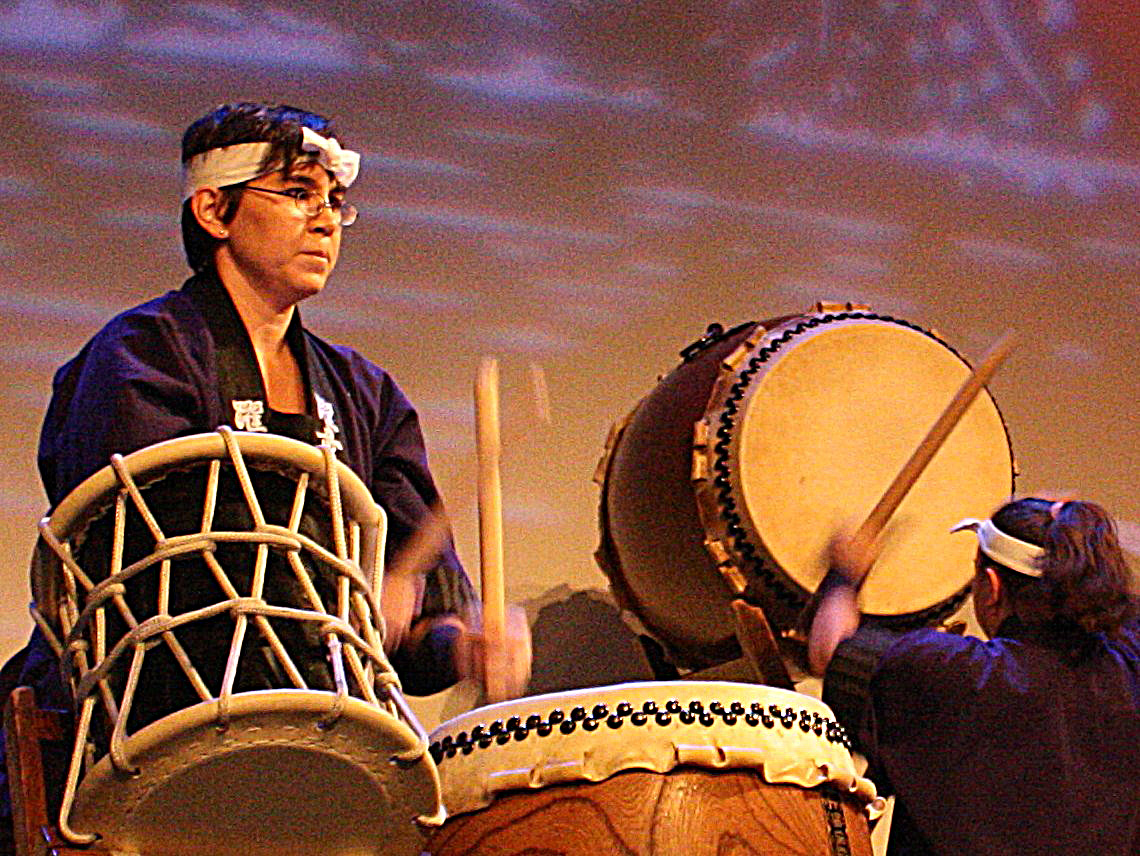 However, the quality of the show was mixed: some acts were excellent, some not so good.  We got a printed program at the door with the countries performing.  It would have helped if the names of the entertaining groups were also published.  I couldn’t hear verbal announcements clearly.