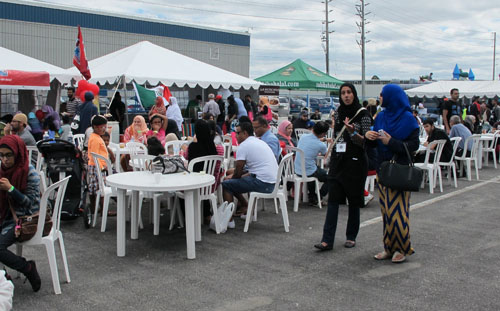 Apologies to the Halal Festival. Based on last year’s immense crowds, I recommended that people get there early. But fortunately for this year, the management has made many improvements. It doubled the space and widened aisles. It set up many more ticket booths. Last Saturday, I had no trouble getting parking space in the early afternoon. Unlike last year, when I left at 5pm, there were no long line-ups. 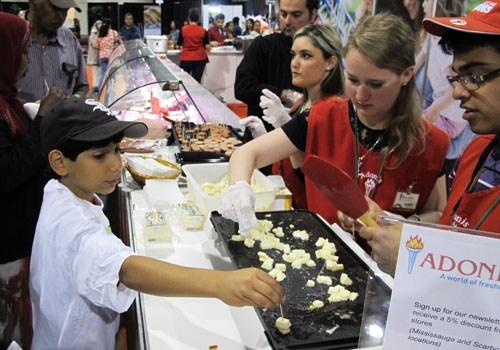 It was fun as usual going from booth to booth. And just think, food tasting festivals in Toronto can cost a couple hundred dollars but here they are cheap. I was taking pictures, so I didn’t buy coupons for food samples. It’s hard to juggle cameras, coupons and eat at the same time. But there were enough free samples available to keep me from starving. I wasn’t going to turn those down. 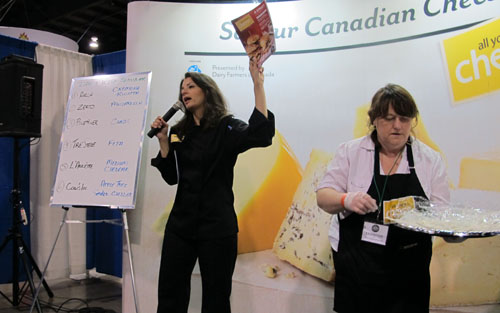 Most vendors were friendly as usual but some clerks were shy. I did the free cheese tasting, the same as last year. It was sponsored by the Dairy Farmers of Canada. This time I kept notes on the six cheeses and decided on the ones to look for later in stores. I especially liked L’Ancetre’s Medium Cheddar and Appletree Smoked Cheddar.

This time, I joined the crowd for the Speakers and discovered many children sitting and waiting along with adults. They sat politely through mayoral candidate John Tory and a talk on the changes in labelling Halal products. The people around me were talking  about the Stanley Cup and then I learned that Toronto Maple Leafs centre Naseem Kadri, who is Muslim, was going to show up. 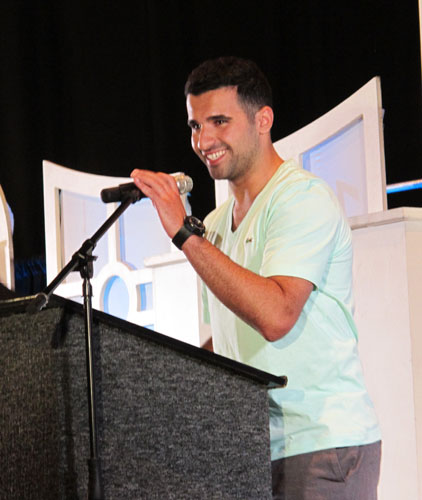 A couple of  security people appeared to keep people from getting close to the stage and one almost blocked my view. The crowd – the kids – went wild with applause. Kadri spoke and answered questions about his experience eating Halal on the road. When he left, most of the audience left the stage area too. Many followed him around the grounds.

It was a beautiful day. Food trucks and vendors offered food outside in a huge patio, a popular place. It was a great place for people-watching and taking photos. 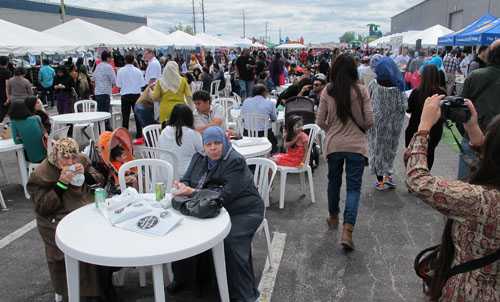 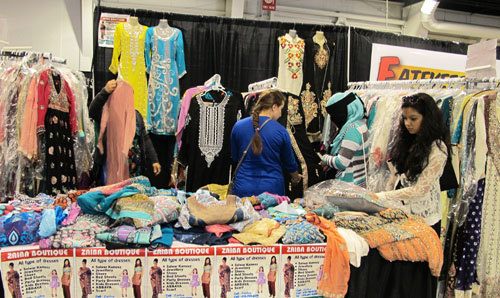 So were children’s clothes. 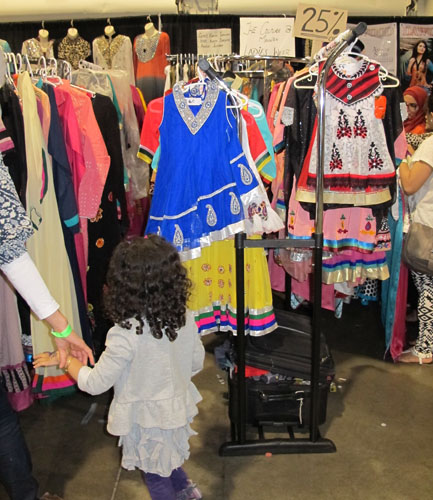 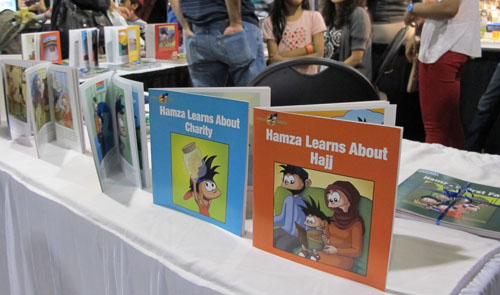 There were booths promoting real-estate companies and money transfers, children’s books, toys and baby-seats. I was interested in the Muslim Welfare Centre’s booth. This organization feeds poor children and distributes free Meals-on-Wheels to the elderly – not just Muslims but to everyone. 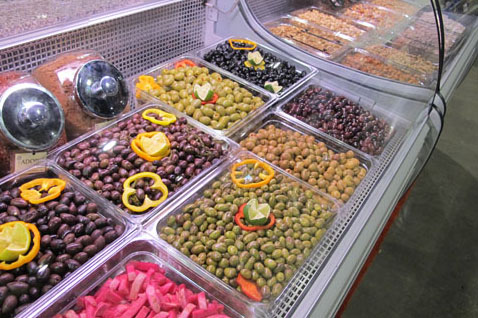 My daughter had discovered what she called a Middle-Eastern supermarket in Mississauga, complete with hot, cooked foods and tables for diners. Adonis was opened a year ago and it was one of the festival’s major sponsors this year. It bills itself as a multicultural supermarket but then so can Loblaw’s and Metro. I hope to visit it soon to see it for myself. Its booth was huge and full of delicious-looking pastries, olives, cheeses and meats. Stay tuned. 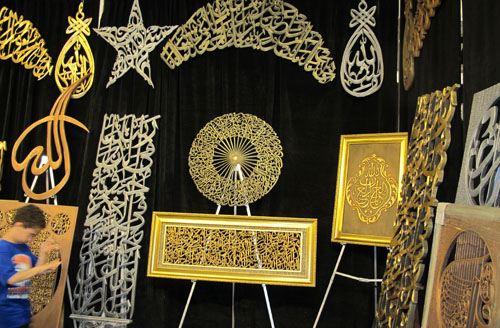 Two booths sold honey, but this festival was not just about food, it also displayed ecological toys and baby seats for cars.  One booth had some magnificent Arabic calligraphy made of mahogany and carved in Indonesia. 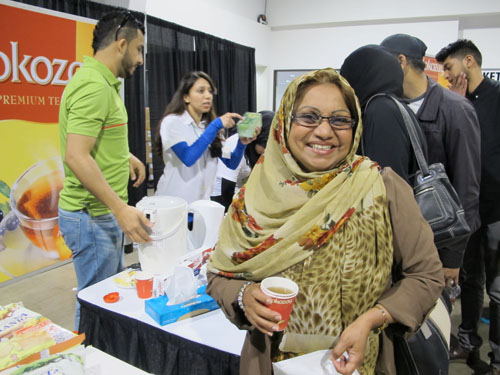 Some people go to festivals like these to shop. I go mainly to enjoy another culture, to appreciate our mutual sense of beauty, an inspiration for the art in each of us. And I go for the food, of course. I only bought half a dozen tiny Indian-spiced meat pies from Pies Guyz. I was tempted to buy one of the fancy gowns. As I explain many times, I go to make new friends, contacts, and to find out what’s going on in Toronto, my city.

Please tell us about your experiences at Toronto’s festivals, how you felt, what you saw and did, and what new friends you made. Send us pictures too to: ruthlormalloy@gmail.com. The most helpful of these accounts will be published here.