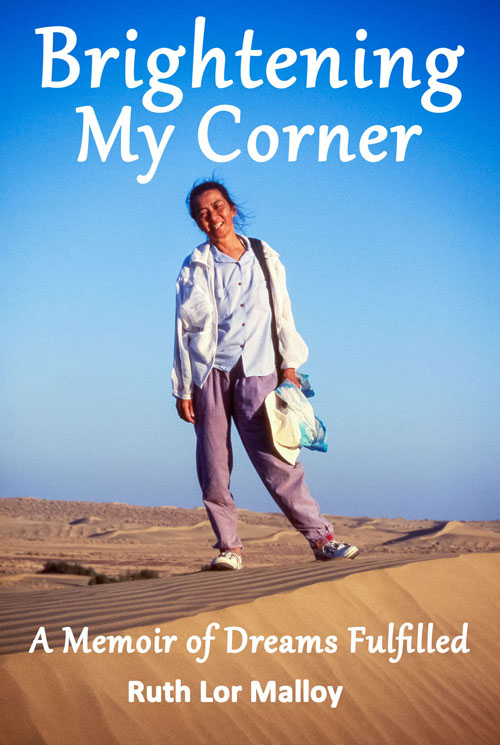 Yes, you’ve arrived at the right website: TorontoMulticulturalCalendar.com. As you might have guessed, we closed it down when Covid-19 hit Toronto in February, 2020. There were no events to promote then, so I finally had time to write a book.

For more information about Brightening My Corner, see www.ruthlormalloy.com.

TorontoMulticulturalCalendar.com was an on-line blog for almost 10 years. I started it in August, 2010 in the hope of stimulating a feeling of community in Toronto’s many different cultures by direct personal contact at festivals. I hoped Toronto people could make friends from around the world so we could eventually solve mutual problems together. I spent 10 wonderful years researching cultural festivals, exploring exotic religious buildings, and sampling all kind of exotic foods.

Unfortunately, unless someone younger takes over, this is the end of this blog; however, as long as there is continued interest in the subject, it will be left on line, but not updated. Even with out-of-date information,  you can still get a feeling of a vibrant, diverse city and gather contact information should you have any questions about any of the several hundred different groups who call this city home.

In the meantime, please look for my memoir Brightening My Corner: a Memoir of Dreams Fulfilled. Due out in January, 2023. This book relates how a shy Chinese-Canadian woman went on a journey in the 1950s of researching and fighting racial discrimination – a journey that young people today can also take once travel is allowed. Along the way, I became part of Canada’s Black History, changed a Canadian law, and raised living standards in a couple indigenous villages in Mexico and the Canadian Arctic. I helped bring respect to a group of transgendered prostitutes in India, published a dozen guide books on China and with a Quaker organization brought together people of conflicting countries in the hope that their resulting friendships could reconcile their differences.

Mine has been a life of hardship and struggle, luxury and fun, laughter and tears — and all because I wanted to study and fight racial and cultural discrimination. Protected only by a canvas tent, it’s been facing a wild testosterone-crazed elephant in Africa and spending nights in palatial hotels. It’s been a generally happy marriage of over fifty years with three children and a supportive spouse who was a journalist who became an archaeologist. I hope someday others will be able to find a similar contentment.