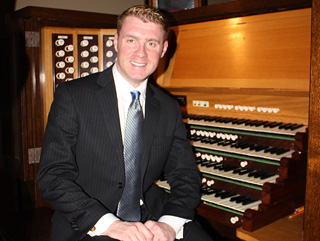 Are you sick of “Christmas” music in the malls? Does it really get you in the true Christmas spirit?

You’ll find a more genuine version of the music of peace and love in churches – also free. Of course donations are appreciated but you can pay what you want if anything.

Have you looked around your neighbourhood and the city? Toronto has many immigrant groups with strong musical traditions. Filipino, Korean, and African Christian churches are among the many whose music is unlike what you hear in the malls. It can be refreshingly different and very spiritual. At the Ghana Calvary Methodist United Church on Mayall Street, the singing is accompanied by dancing, a trumpet, keyboard, and drums. It’s wonderful.

Please let us know of such special musical opportunities. In the meantime, here are a few examples of the traditional Toronto variety of Christmas music. This is especially for those new to Canada.

St. Patrick’s Church has an annual organ concert Saturday, December 11 at 6:30 pm after the 5:00pm Mass. It features its Gregorian Choir under Surinder Mundra, organist and music director for the Saturday Vigil Mass. This church is at 141 McCaul St. (near University and Dundas). Tel. 416-598-3269. Web: http://stpatrickstoronto.wordpress.com/.

The Cathedral Church of St. James has free organ recitals most Tuesdays at 1pm from September to June but not December 28 and January 4. Specific Christmas-themed events will be on Christmas Eve, December 24: 4pm Organ Recital (followed by 4.30 Evensong) and 7pm Organ Recital (followed by 7.30 Eucharist) both with classical Christmas music. It’s at 65 Church Street (at King), tel. 416-364-7865. Web: http://www.stjamescathedral.on.ca/ConcertsbrRecitals/tabid/61/Default.aspx.

The Toronto Choristers with 106 voices perform their annual Jubilee Christmas Concert on Tuesday, December 14 at 7:30pm. Most are retired school teachers who love to sing. It’s at Jubilee United Church, 40 Underhill Drive (one stoplight east of the DVP, north of Lawrence). Donations appreciated.

The Toronto Star has a free concert but it’s too late now to book. Tickets were distributed November 23 for its December 11 concert. Consult our calendar next November if you want to join the queue which has started at 6am.