25. Christmas Around the World 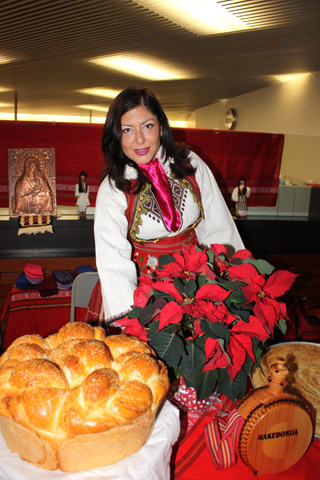 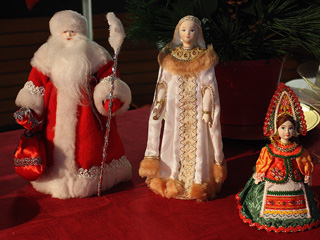 Last week, I went to Christmas Around the World, a tiny but beautiful festival in Toronto’s city hall rotunda. Trees were decorated with the likes of Ukrainian angels or Scottish tartan ornaments. Christmas sweets and specialities like braided Polish kolach breads filled a dozen or so tables. 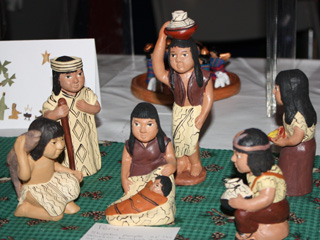 Among a group of dolls on display from Russia was a St. Nicholas, the original Santa Claus. He came from a wealthy family in Turkey and was known for his generosity to the poor and his love of children.

Canada was represented by the Gibson House pioneer museum. It was selling cute mice choristers. Women in finely embroidered blouses took care of the European booths and answered questions. It was an excellent opportunity to learn about cultures.

One of the highlights was a display of exquisite, miniature creches. One showed the Shipibo people from Peru’s Amazon bringing gifts of fruit, fish and pottery to the baby Jesus. The Bolivian creche had a llama, a symbol that was more meaningful and local than a camel. Madagascar’s looked as thought Mary, Joseph and the babe were carved from ebony. A beautiful pastel creche was from Coptic Egypt.