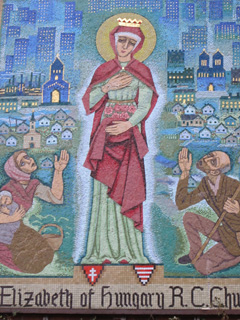 St. Elizabeth of Hungary R.C. Church was beautiful with brilliantly coloured stained-glass windows of the saints. The concert of Christmas music was lovely. The words for Silent Night were printed in English and Hungarian and I felt very multicultural as I sang in English while those around me sang in Hungarian. The organist was magnificent. Ian Sadler was introduced as the best in Canada and he was very good. Do you know of a better organist? 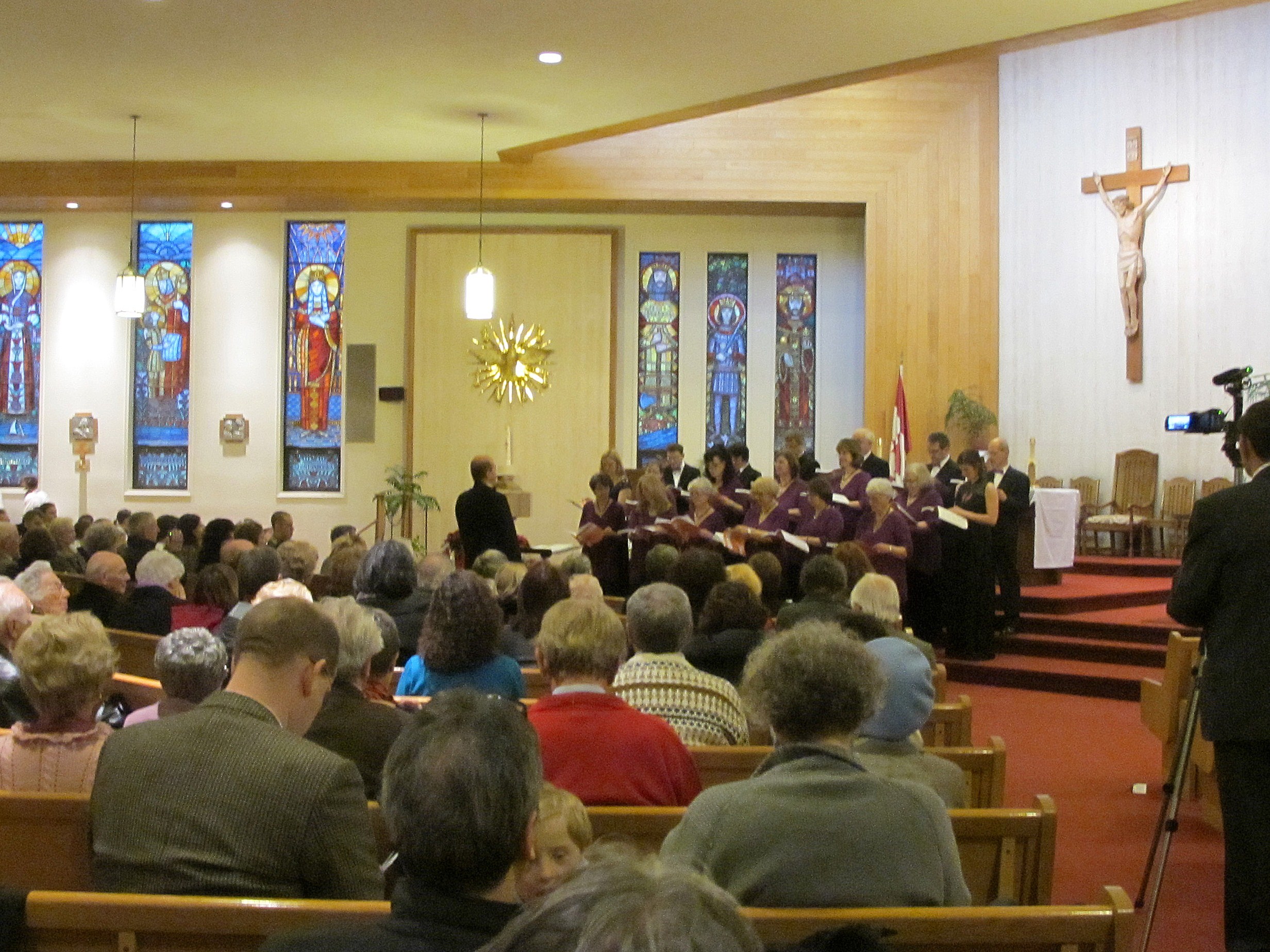 Unfortunately, a storm was threatening and I had to leave early, missing out on Handel’s Messiah and on the opportunity to meet other concert-goers afterwards. I was hoping that my first impression of the congregation was wrong. The ticket taker was not the least bit friendly. I think I was the only non-Hungarian there. I tried to talk with the people seated around me. They all spoke English and answered my questions but didn’t seem to want to engage in conversation. Was it European reserve?