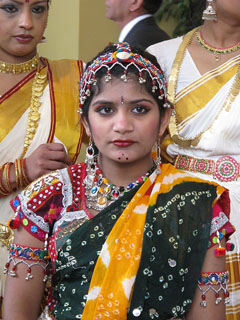 India’s Republic Day celebration last Saturday was an event more for Indian-Canadians than for other Torontonians intent on learning about Indian culture and meeting their Indian neighbours. It was in the luxurious Pearson Convention Centre west of Pearson International Airport, but the music and speeches were amplified so loudly, it turned me off completely. I didn’t feel like trying to learn more about India and making new friends. But it was not a waste of time.

I went because the very name brought back memories of my first Republic Day in New Delhi in the 1960s. I still have visions of looking up at the magnificent domed Secretariat building, its base lined with soldiers mounted on camels — exotic India.  Of course I didn’t expect the Indian Camel Corps in Toronto, but India won its independence from Britain in 1947 and most of the people who made history were still very much alive then. I still have warm feelings for that country. 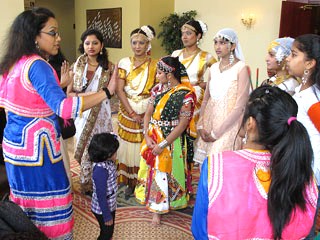 The Toronto affair was organized in association with the Indian Consulate-General. It presented speeches by local diplomats and politicians.  Indian food, tandoori chicken, and aloo tiki were available for reasonable prices. There was popcorn for sale too. A few stalls offered ways to send money abroad, cheap-looking jewellery, and a small selection of Indian clothes. One stall gave out pamphlets about Sathya Sai Baba the holy man with the wildly bushy hair. He has a reputation for performing miracles and is now in his 80s.

The dancers were wonderful. While they waited to perform, they generously posed for photographers. Their make-up, costumes, and jewellery looked authentic. India is a photographer’s dream and here was India in Toronto. Its folk cultures are rich and very colourful. The costumes were typical of the states of Punjab, Kashmir and Gujarat, and each group was different.  India is almost as multicultural as Toronto.