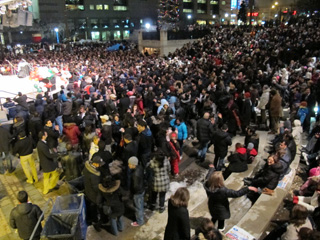 Only Part of the Crowd. Image©Ruth Lor Malloy 2011

Mel Lastman Square on the evening of March 15 was amazing. I have never seen so many people there. They filled the space between the skating rink and the front of the stage and beyond.  They filled the bleachers and the walkways. There must have been several thousand people. The North York park was only one of two places in Toronto that evening where people of Iranian origin were celebrating Chaharshanbeh Soori, the fire festival. I didn’t know there were so many Iranians in Toronto.

It was dark. I could only guess that they were all Iranian. There was no English spoken from the stage except by Toronto politicians.  I even think O  Canada was sung in Iranian.  You should have heard the cheers after the Canadian and Iranian national anthems.  It was gratifying that the intensity  of the cheering was the same. 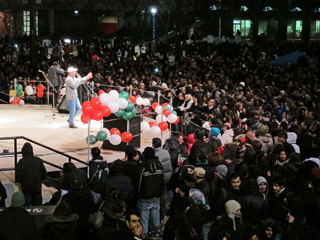 I looked around for someone to translate.  Many people were singing or cheering, or chatting with their friends.  There were a lot of children.  A man who looked like he was alone answered my questions.  It was not the time or place to ask many. People were too involved with enjoying themselves. 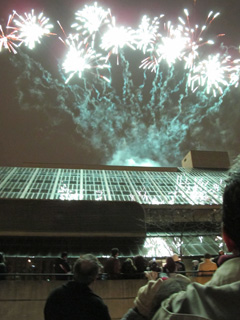 New Year.   I wish they could have spoken more English from the stage.

Toronto has 46,000 Iranian immigrants. It also has many Canadians of Iranian origin.   It was wonderful sharing their excitement.