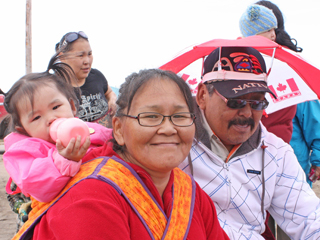 We don’t have enough Inuit people in Toronto to make an Inuit festival. There are only a handful. So when an opportunity arose, I grabbed the chance to celebrate Canada Day in Iqaluit, the capital of Nunavut in the eastern Arctic.

I had lived there before — over 50 years ago — so I had a special interest in these Aboriginal people who live in the north of our country. Today, it’s easier to get there. There are now direct flights from Ottawa. Iqaluit is a small city with a population of over 7,000 people. 61% are Inuit; the rest from the rest of the world. 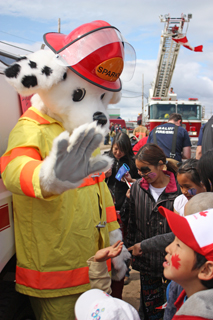 Canada Day was part of its four-day arts festival. The festivities centred around a school and a giant tent in the heart of town. Artists from the region demonstrated stone carving, for which the Inuit are famous. Musicians and story tellers from all over the Arctic performed. There was rock music and jazz as well as traditional Inuit music.  The local museum with its fine collection of Inuit art was open.

My highlight of the free events was a demonstration of Inuit drumming. One of the three performers Mike Thomsen was from Greenland. He sang and acted out a story of an old woman who drowned herself because her family didn’t have enough food.  Of course this doesn’t happen here any more.  Mathew Nuqingaq from Iqaluit danced a story about the Inuit people with tuberculosis who had to go south to Hamilton, Ontario, to be treated or die. Iqaluit now has its own modern hospital. 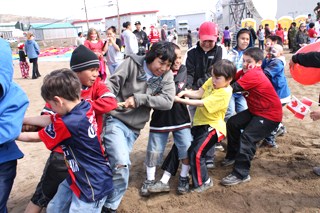 The festival was full of such free events. Several hundred people must have been there celebrating. Canada Day started early with the usual kids’ activities:  face painting and a real Snow Bird air plane (without wings) to climb on.  At 12 noon, the parade arrived led by screaming ambulances and fire trucks, their lights flashing. A platoon of eight red-coated RCMP officers marched by. A car topped by a giant fish and truckloads of children waving and distributing flags followed.  It was a short parade. But there was a lot of exuberance, flag waving, and cheering. 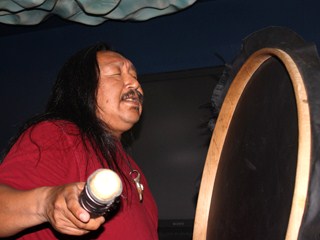 The parade’s arrival started the line-ups for free food:  hotdogs and chili. After the official speeches, there was a square dance. I remembered dancing Scottish reels 50 years ago, probably introduced to the culture by missionaries or whalers.  There was a tug of war, another traditional game I remembered.  I was sorry there weren’t any other games, like tossing people up in the air. You can see those July 9 during Nunavut Day, the mayor said. But we had to leave before then.

There was a free throat singing workshop, too.  We currently have a couple throat-singers in Toronto so I didn’t see that. 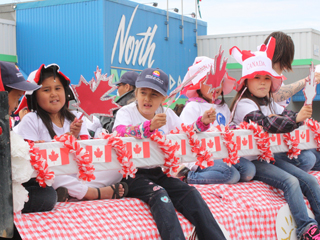 My husband and I actually started off the day at the wharf, watching a few families leave in their motor boats for a day of hunting seal. During our visit, I looked for seals, but couldn’t find any.     Later, we went hiking in a nearby park. We found that many people had set up tents there. Camping in the tundra is a traditional way to holiday.

Aside from the museum, I saw only four traditional costumes, mainly of thin textiles. Of course it was too hot for fur but the ones I saw were used for carrying babies.

There were no fireworks. It doesn’t get dark enough there until one in the morning but Iqaluit during a festival is worth visiting. If anyone is interested in a more details, please write me at ruthglor@hotmail.com.