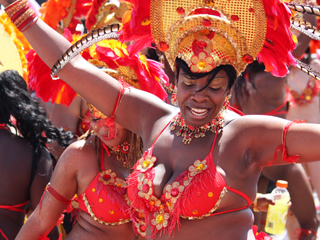 Toronto Caribbean Carnival — formerly known as Caribana — is one of Toronto’s biggest festivals. It is one of my favourites. It’s not just a big parade. It’s a whole series of events, many of them free. It starts on July 12 with an official launch. That’s already tomorrow so it’s time to take out your calendar and mark down the free events you want to see.

Tues. July 12. 12noon-2pm. Official Launch. Nathan Phillips Square, 100 Queen St. W. The organizers promise the official speeches will be short. You can have your picture taken with people in carnival costumes. There will be entertainment. 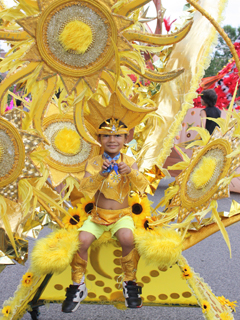 July 16 to August 1. Exhibit at Royal Ontario Museum. “Toronto’s Carnival 1967 to Today.” You do have to pay the ROM’s regular entrance fee. See www.rom.on.ca for fees and hours.

Sat. July 16. 10am-6pm. Junior Carnival. This parade is not as well organized nor as raunchy as the main parade. It’s great for your kids to see. With stops and starts and fewer spectators, there’s time and opportunity to even talk with some of the young participants. Some could be two years old.

The parade goes south around 10am along Jane Street starting about five blocks north of Finch. We like it because it has a small-town atmosphere. Expect a lot of delays, so if you want to see all the costumes in a hurry, just keep walking north to its starting point. The parade ends at the Yorkgate Mall, north-west corner of Jane and Finch. You might have to wait a long time if you wait for it there. This is, after all, easy-going Caribbean time. http://www.caribana.com/. I’m not sure what happens in the afternoon after the parade. Eight hours is a long time for children. 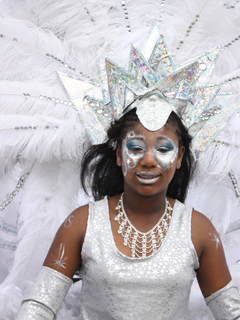 Thurs. Jul. 28. 8am-10am Citizenship Ceremony. North York Civic Centre. This is a reminder for Canadians of why Canadian citizenship is a good thing. You can also welcome a batch of New Canadians.

Sat. July 30. 10am-6pm. The big parade, central to the Festival. Amazing costumes and steelpan bands go past the bleachers in Exhibition Place. The closest TTC stop is Dufferin Gates. The 29 Dufferin bus from outside the Dufferin subway is convenient. This bleacher area is not free, but it’s worth the $15 for a place to sit with a nearby porta-potty. As the parade starts here, there’s a minimum of delays. The advantage of being outside the CNE is it’s free. The parade goes from Exhibition Place along Lakeshore Boulevard and breaks up just before the overpass to the Boulevard Club. You will, however, be competing with a million people for a good view. 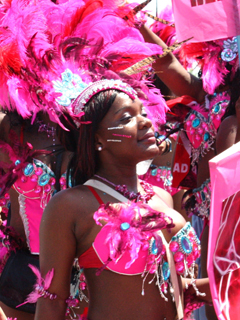