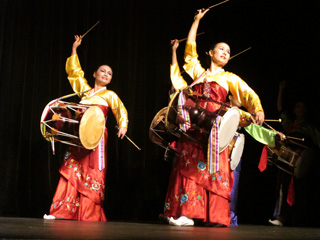 The Canadian National Exhibition is a multicultural event? Well yes, if you consider this Toronto tradition to be “cultural.” It’s an Ontario tradition actually. I guess it’s been part of our end-of-summer mind-set since 1879. It’s as Canadian as maple-syrup making, something to take the kids to experience.

This Blog isn’t only about people who have recently arrived from abroad, ya know.

As for free, well it’s not quite. General Admission is $16, and Seniors and 13 years and under $12. There are deals, however. If you’re a student under the Toronto District School Board, you can get in free on the second Tuesday of the fair. You can get in for $5 if you arrive after 5pm on Mondays, Tuesdays, Wednesdays or Thursdays (but not Labour Day Monday). For other special offers, see: http://www.theex.com/get-tickets/special-offers/.

The CNE can be almost free (unless you splurge on the shopping, the Midway, and food). There’s lots to do for free once you get into the grounds. 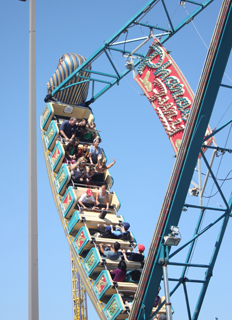 As for the ethnic stuff, most of us know about its international market. This place has one of the largest gatherings of vendors in town with goods from countries outside of China, and from China too.

But I didn’t know until I was researching this, that the CNE has international performers. You’ll find them at the Direct Energy Centre, Hall B. This year, it’s bringing the Black Angels Acrobats from Kenya, the Jazenka Song and Dance Ensemble from the Czech Republic, the Mzansi Youth Choir from South Africa, and Villamarka from Ecuador.

Some of the other performers look familiar. One of my favourite locally-based groups, the Mi Young Kim Dance Company, will be on August 28. With promises of innovations, none of these performances will be the same old stuff. I’m going to try to see as many as I can but it means going more than once.

The imports will be dancing several times during the EX. The local groups will be performing only once. The local groups will bring you the cultures of Argentina, Chile, China, Egypt, Greece, Hawaii, India (Bollywood), Ireland, Japan, Korea, Latin America, Mexico, Philippines, Scotland, and the Ukraine. Canada will be represented by The Ballagh Bunch and The Ontario Youth Choir.

Now is the time to see what’s on and to plan. For times and pictures, click on: