191. Sukkot or Sukkes, a Jewish Festival 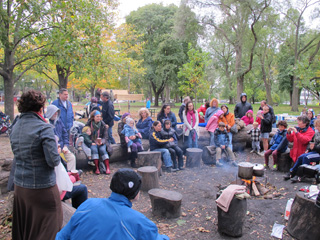 Campfire. In the background, a group builds a Sukkot. Image©Ruth Lor Malloy 2011

I was looking for ethnic festivals in NOW magazine. I was attracted to the Sukkot festival because it was in Dufferin Grove Park. This is close to my home. It was also not in a religious building.

I was hoping to encourage non-Jews to experience a Jewish festival. Some people might find religious buildings intimidating.

Many Jews celebrate the Sukkot. From the Web, I learned it is one of the joyful festivals. “Like Passover and Shavu’ot, Sukkot has a dual significance: historical and agricultural,” I read in www.jewfaq.org/holiday5.htm. “Historically, Sukkot commemorates the forty-year period during which the children of Israel were wandering in the desert, living in temporary shelters…”

The book of Leviticus in the Bible commands Jews now to live for seven days, to eat and sleep in a sukkot in memory of God’s protection during the Exodus. 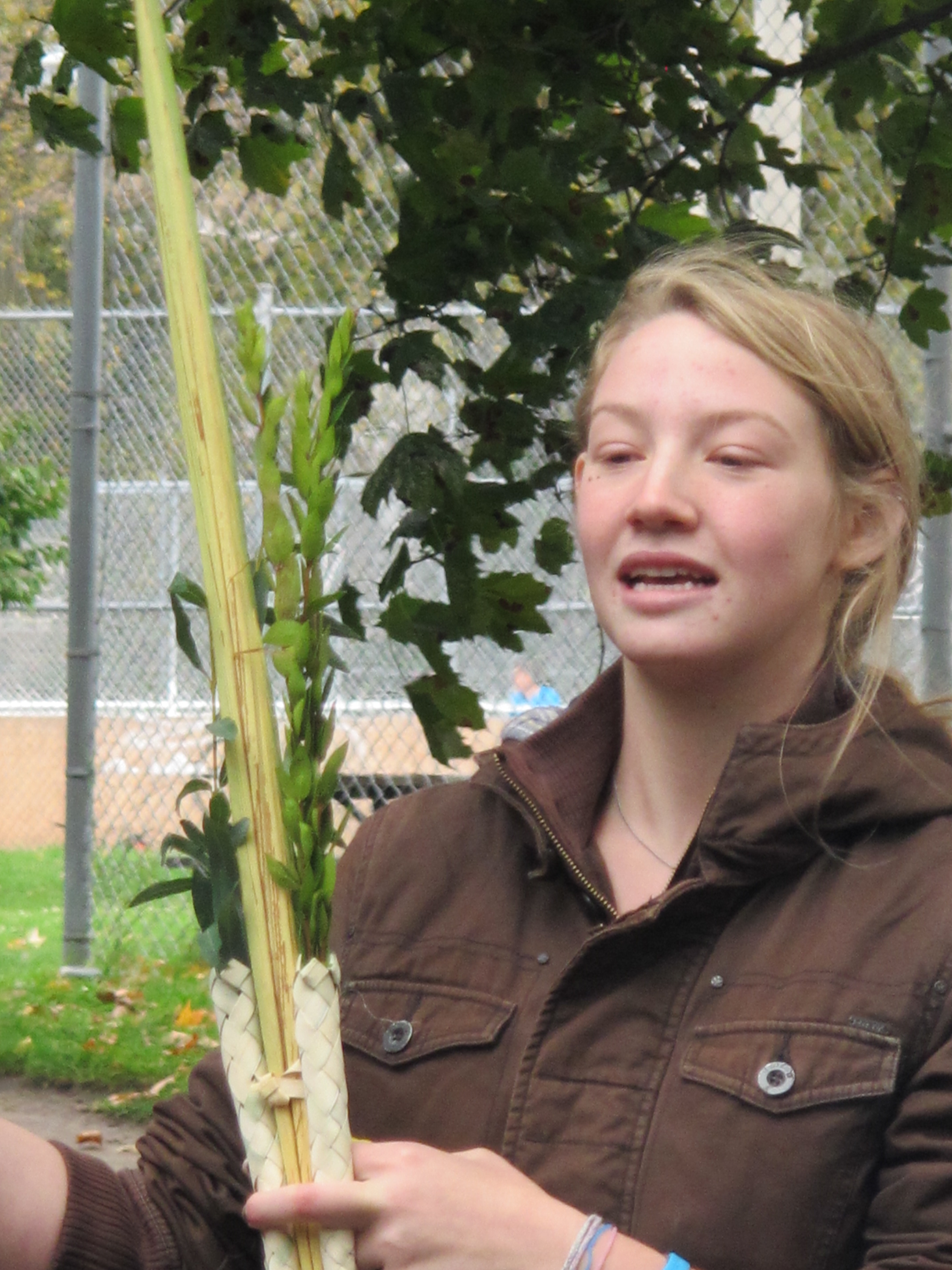 Sukkot is an agricultural festival too. The Dufferin Park organizers called it only a “harvest” festival. Sukkot means “booths” or temporary shelters which were used by farmers during the height of the harvest.

The omission of the biblical reference for a religious holiday confused me until Maxine Hermolin of Morris Winchevsky School explained that their festival was organized by secular humanistic Jews. So soon I was learning about secular Judaism.

Denise Handlarski, educational director of the Sunday school, said that their movement began in the 1920s with some Jews who had decided prayer was not relevant. It grew after the Holocaust when many people lost their faith. 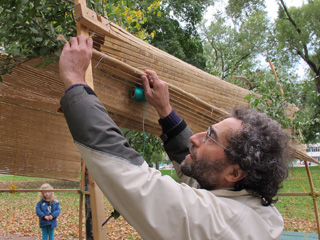 But they wanted to continue some of the festivals and traditions. They believed that in the early 6th century BCE, priests combined the ancient Harvest Festival with the commemoration of the 40 years in the Sinai desert. Today, they consider themselves an independent socialist-oriented, secular, cultural and educational organization. They “associate the sukkot with issues of food, shelter, social equality and human decency. The temporary nature of the sukkot also reminds us of the needs of the homeless…” 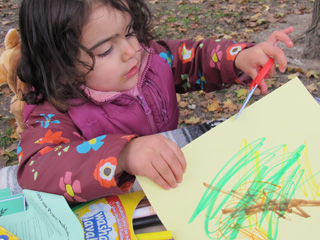 Sunday’s festival was very informal. Families gathered around the fire pit to keep warm and sing. Ariel Sernick explained about the festival and passed around a “lulav.” This was a wand made of branches of willow, myrtle, and date palm. She also passed around a “esrog,” a citrus fruit. They were symbols associated with the festival, the need for all kinds of people in a community.

A few children drew pictures of flowers and fruit to decorate the “peace sukkot” that their elders were building nearby. Denise asked the children to name the  honoured guests they would invite into their booth. In addition to the likes of Moses, there were some contemporary heroes too. Inviting guests to share in the harvest was another important aspect of the event. 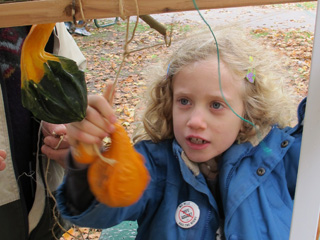 Elorah decorates the Sukkot with a gourd. Image©Ruth Lor Malloy 2011.

The booth had a frame on top of which was a straw mat. When it was finished, a few children tied gourds on the structure as decoration. A woman near me said her family had built their own sukkot in their backyard.

Then it started to rain. It was cold. We all went home. The festival was only a short couple of hours but I learned a lot. The people were friendly and shared their customs generously.