197. World of the Creche Exhibition 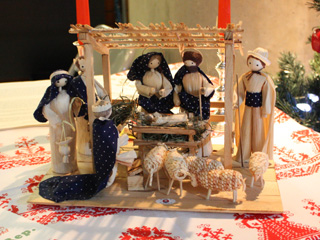 Toronto is hosting a unique exhibit on November 12 in relation to a three-day international religious art conference. World of the Creche will feature a major exhibition of Christian nativity scenes.

You might remember a similar show in our city hall rotunda last December. This one will be much bigger with creches from private and religious collections from around the world. A special section will be on those made by our First Nations people and early missionaries to Canada. A highlight will be creches that brought comfort to the military during wartime. Also of importance will be the Czech paper creches used after Emperor Joseph II banned the building of crèches in churches at the end of the 18th century.

Creche-making demonstrations and creche-related vendors will also be on hand.  Creches are an art form as well as a religious Christian expression. 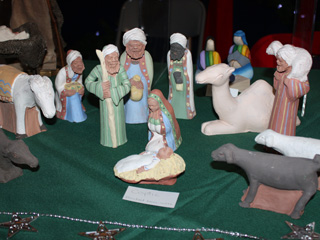 The exhibition will be on Saturday from 9am-12:30 noon and cost $5 for adults. Children under 14 are free and must be accompanied by an adult. It will be on the convention floor of the Fairmont Royal York Hotel, across from Union Station on Front Street. Among the sponsors are the Hudson Bay Company and St. James’ Cathedral.

For information on the convention, click on: http://bit.ly/vtoNnD. You can order timed tickets for the exhibition on: http://friendsofthecreche.eventbrite.com/. For our blog on last year’s Christmas Around the World, see: http://bit.ly/nkEI5o.