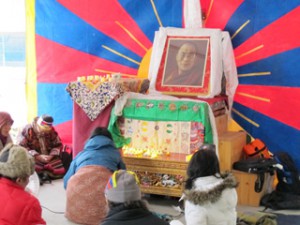 Toronto’s Tibetan community is getting ready for a march and cultural rally on Saturday, March 10. The march will start at 10am from Queen and Jameson, proceed along Queen Street West, and north on Yonge. The cultural rally will take place at Yonge-Dundas Square from 12 noon to 4pm.

March 10 is the anniversary of the 1959 Tibetan Rebellion when a revolt erupted in its capital Lhasa against Chinese rule. The Dalai Lama fled to India that month. This date is now known by some as the Tibetan National Uprising Day. In addition to commemorating that event, the rally will “express solidarity with ongoing struggle of human spirit against the brutal might of China in Tibet.” In a non-violent protest against Chinese rule, 24 Tibetans have killed themselves by self-immolation in China in the last year, three in the last three days. 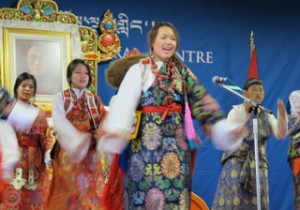 Toronto with over 5000, has the largest Tibetan community in Canada. The Cultural Rally will also be an opportunity for Torontonians to see the richness of the Tibetan culture that is alive in our city. Many Tibetans will be wearing costumes unique to different areas of Tibet. Monks will be wearing robes and hats symbolic of their monasteries. Dundas Square will have exhibitions of “Buddhist Tantrayana ritual practice, Tibetan Thanka (scroll) painting, Tibetan script calligraphy, Tibetan natural herbal medicine, and Tibetan Yak.”