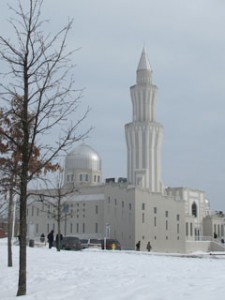 On October 25, 2007, the Government of Canada officially declared October as Islamic History Month to recognize “the important contributions of Canadian Muslims to Canadian Society, the cultural diversity of the Canadian Muslim community, and the importance of Canadians learning about each other to foster greater social cohesion.”

The Toronto District School Board says “Islamic History Month acknowledges the long rich history of Muslim-Canadians’ contributions to Canada and the world. It is an occasion for all our schools and workplaces to share in the history, heritage, and diversity of their fellow Muslim-Canadians through activities and events across the country.”

The Canadian Islamic Congress’ website “welcomes all to participate in this year’s annual Islamic History Month Canada. In the past, IHMC themes have encompassed art and architecture, science and medicine, finance and the environment. 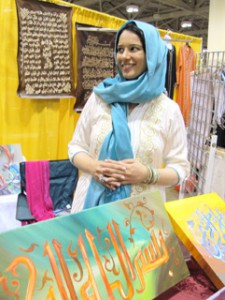 It says, “Muslims in Canada and around the world have played a large role in national and international pluralism. The diversity and rich cultures from our multi-ethnic and Muslim foundations are ones that deserve not only recognition, but to be embraced and celebrated.“

In addition to programs organized by the CIC and the Toronto District School Board, the Toronto Public Library provides a series of related events in October. They include screenings of the recommended video “When the Moors Ruled in Europe.” You can also see this documentary on http://www.youtube.com/watch?v=PM8HnvuKbAo . You can borrow it yourself from the library for free.

You can also borrow the videos “The Early Middle Ages,” “Inside Islam. Part 5, Light of Allah shining throughout Europe,” “The Moors, prelude to the Renaissance,” and “The Moors, at the height of empire.”

The library, of course, also has copies of books on Islam including the recent “The Myth of the Muslim tide: do immigrants threaten the West.” by Doug Saunders, European bureau chief of The Globe and Mail. 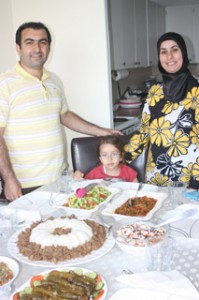 For a memoir, I also recommend the “The Tale of Two Nazarins” by Nazanin Afshin-Jam. This Iranian-Canadian is a model, singer, songwriter, author, public speaker and human rights activist. Her book tells of her own life in Vancouver and her attempts to save the life of a 17 year old Iranian girl, sentenced to death for stabbing a man who tried to rape her.

For our blogs on mosques, Islamic festivals and opportunities to learn about our Muslim neighbours in Toronto, please use our “Search” and type in “mosques,” “Muslim women,” “Turkey,” “Iran,” etc. The button is at the top right side of this Blog, under the Brazilian flag.

Are there other helpful resources you want to add to this list? Please tell us about them in “Leave a Reply” below.