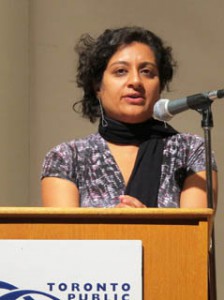 What Multicultural Toronto books do you recommend for people who want to read about our diversity? As you probably know already, Toronto has some fascinating works to be borrowed for free from its libraries. For getting into the hearts and minds of our much varied population, you can’t beat books.

Our www.torontomulticulturalcalender.com mentions book launches and author readings, all free also. The dates might not fit your schedule, but borrowing a book for two weeks or more, should make it easier to learn about your neighbours. And what you read about them will probably surprise you.

Canadian books are in the news this month and next. The winners of the Toronto Book Awards will be announced on October 11; that of the Scotiabank Giller prize for novels and short stories will be on October 30. You will hear about the Governor General’s Literary Awards winners in mid-November. Descriptions of the books are in their web-sites. 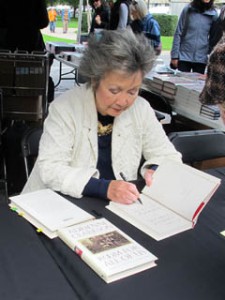 Andrew Borkowski is a finalist for the Toronto Book awards. His “Copernicus Avenue” is a collection of related short stories set in our Polish community after World War II. You should recognize our Roncesvalles-High Park neighbourhood. You’ll find characters reminiscing about a Poland they will never see again.

Toronto-based Farzana Doctor is also a finalist for her novel “Six Metres of Pavement.” From her, we can learn a lot about two Indian Muslims and a Portuguese Canadian. Our Vincent Lam has been nominated for a Governor-General’s award for “The Headmaster’s Wager” which was inspired by his Vietnamese grandfather.

Rabindranath Maharaj is a 2011 Toronto Book Award winner for “The Amazing Absorbing Boy” on growing up in Trinidad and Toronto’s Regent Park. 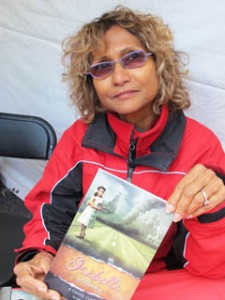 Competition for these awards is tough. Toronto has many more books that should be worth reading. Colleen Ansley also lives in Toronto. Her first novel “Isabelle of Bombay” is about a Mumbai girl who emigrates to Canada. Kamal Al-Solaylee’ was born in Yemen and now lives here too. He was theatre critic for The Globe and Mail and now teaches journalism at Ryerson. His book is titled “Intolerable: A Memoir of Extremes” and is mainly set in the Middle East.

Nazneen Sheikh’s “Moon Over Marrakech” is a love story set in Toronto & Morocco and is full of cultural conflicts. You’ll find Toronto and Havana in José Latour’s mystery “Crime of Fashion.”

Former Governor-General Adrian Clarkson, who also lives here, has published “Room for All of Us.” It has stories about an Ismaili doctor, a Doukhobor farmer, a Holocaust survivor, a Vietnam War deserter, etc.

“The Chinese in Toronto since 1878” is a history by Arlene Lumb Chan. She is currently working on a similar non-fiction book for young readers.

There’s also “1982” by CBC’s Jian Ghomeshi. Released earlier this month, it has already hit the MacLean’s Best Seller list. He’s of Iranian origin and his memoir focuses on the year he became 14 years old, an obsessed fan of David Bowie.

I haven’t read all of these yet, but they are on my list. If you’ve read them, let us know what you think of them. Please tell us also of other such helpful Toronto-based books in “Leave a Reply.”