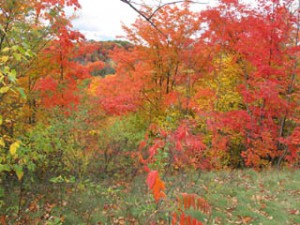 This weekend we have an international Festival of Poetry of Resistance, Bavaria’s Oktoberfest, an Estonian film festival, and autumn leaf viewing. The latter is a Toronto tradition as is the Mum Show at Allan Gardens. Some of these are Friday through Sunday; some just Saturday and Sunday.The Mums should be beautiful for the next two weeks.

We also have a Poutine-eating Championship, and a Saudi-Arabian festival but only on Saturday. The Iranian art exhibition continues. A tea celebrating Queen Elizabeth II’s coronation in 1953 is on Sunday at Montgomery Inn. The Mum show at is Allan Gardens. 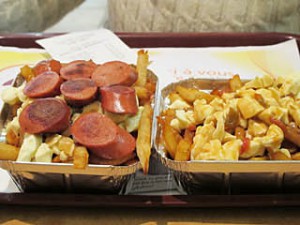 Details like links, addresses, times and schedules are in our www.torontomulticulturalcalendar.com. Please let us know if we’ve missed any events. Our email is: ruthlormalloy@gmail.com .

Most of these events except for the guided leaf-viewing tour at the Kortright Conservation Centre, the Coronation tea, and Oktoberfest are downtown. The Saudi-Arabian festival is at Mel Lastman Square, only about 25 minutes from Bloor and Yonge on the subway.

Of course you can see autumn colours all over the city soon.  The Kortright Centre has a guided tour on Saturday and Sunday. It will probably explain why some leaves turn a brilliant red and others not. It’s at Pine Valley & Major Mackenzie (Kleinburg) and there’s an entrance fee. 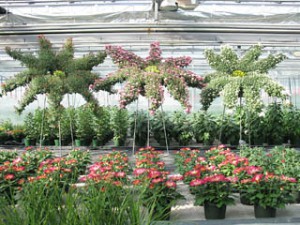 We were driving around the city last Sunday, and we could see beautiful banks of fall colours at Gwendolen Park from 401 just west of Yonge St. Last Sunday, the whole city was not yet at its autumn best – just bits of red here and there among the green. But the colours will gradually move south. The Don Valley Parkway is one of my favourites.

If you don’t have a car, you should be able to see the trees in many places around the city. Look in High Park in a week or two. Tell us about other amazing places you’ve found.

My husband thinks the Poutine-eating contest is gross and shouldn’t be encouraged. Some people call poutine “heart attack in a bowl.” We were in Finland when a Sauna-endurance competition was on and one of the contestants died. The Finns have since cancelled that annual festival. While poutine is an important part of Quebec cuisine culture that many Toronto people have come to love, I can only hope the contest doesn’t end in tragedy.

I’m anxious to see the Saudi-Arabian festival. Would it be just about business? Will there be women dancers? And what will they be wearing? Is there a Saudi restaurant in Toronto?

I’m sure poetry-lovers would be interested in the passions expressed during the Friday to Sunday International Festival of Poetry of Resistance.

Has anyone seen the Iranian art at the Queen Gallery? I’ll try to get there next week. It’s on until November 2.

The Coronation Tea should be veddy British. It’s at Montgomery Inn and there’s a slight charge. The Oktoberfest celebrations at the Town Square at Shops at Don Mills is the cheapest Oktoberfest I’ve found so far. Beer cost $7 and pretzels $5. Let me know of others within our “free or nearly-free” price range with live Oompah music and lederhosen-clad men.

We will try to add other events as soon as we learn of them. Keep visiting: www.torontomulticulturalcalendar.com .