Japanophiles can happily become saturated with the flurry of new events added to Spotlight on Japan. Between January 4 and April 25, it has at least eighty or so films, lectures at the Japanese Foundation and the Japanese Canadian Centre, and theatrical events throughout the city. (See http://bit.ly/SCnmpL )

So far I have seen a few of the popular traditional “Diva” films and I highly recommend them. It is moving to see these classic films on TIFF’s large cinema screen. 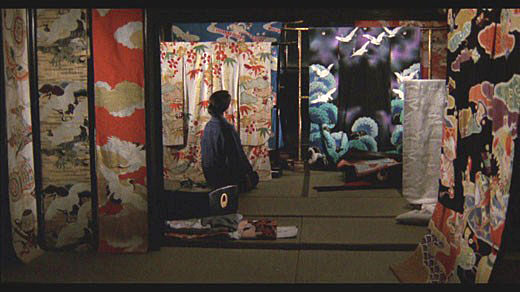 I always feel like I am getting triple my money’s worth from these films. They feel like a travelogue, a walk down nostalgia lane for times gone by, and an intriguing history lesson. They are also pure entertainment.

Watching these traditional films we can see the struggle between old and new values. We can also see changes in household items, dress and customs as they develop from the turn of the 20th century until now. As a westerner born in Canada, I am impressed by traditions that extend much longer than Canada’s five centuries post indigenous times. I find it intriguing to see how strong the pull is to keep the old ways rather than adapt to the potentially speedier, healthier and more comfortable ways of the present.

These stories have many levels of interest, such as changing needs in relationships, gender activities as well as perceived duties in the home. Spirituality is deeply ingrained in Japanese history and it also has transformed with the times. These universal themes guide one to take their messages to heart. All traditional Japanese art forms have serious messages to ponder.

The Makioka Sisters was made in 1983. It is about the 1930’s and starts with a traditional viewing of the cherry blossoms in spring. The struggles are traditionally Japanese but reflective of some other cultures: how to marry off four beautiful daughters in order of their age. Some do not want to marry at all; others wish to marry for love and not grow to love through marriage. They don’t want an arranged marriage. All the torment is exquisitely portrayed using the designs of kimono fabric. 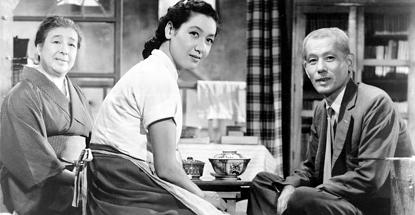 Tokyo Story is arguably the most famous of all Japanese films not counting the Samurai variety. Here you see a contrast of dress; the mother is always in kimono and hopes to pass on older traditions to her daughters. They in turn ignore their parents and look only to the future, refusing to continue their example. Sadly, the mother passes having accepted that her daughters will live their lives very differently from her.

There wasn’t a seat left in the cinema for Tokyo Story and I do hope you will be able to get the tickets that you need. You can see the list of films on http://tiff.net/spotlightjapan

Do check out my previous blog on this three-month extravaganza. For details, click on: http://bit.ly/Unv89x