405. Getting to Harbourfront Centre from Union Station, 2013

I hope the weekend shutdowns of subway service to Union Station are over.  Along with construction on Queen’s Quay and high parking fees, they have discouraged my visits to Harbourfront Centre’s many tasty multicultural offerings this summer. How about yours? 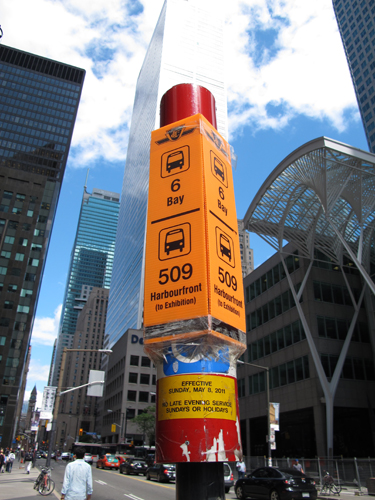 I must say the TTC people have been very helpful in pointing me in the right direction from Union Station. There’s still a handy 509 bus on Bay Street north of Front Street that goes right past Harbourfront on its way to the CNE. Getting back to Union Station has been a problem though. There’s been no nice TTC person outside Harbourfront giving directions. You have to walk directly north from Harbourfront on Lower Simcoe Street one block to Lake Shore Boulevard. A 509 bus stop on the west side is there. From it, you should be able to get a bus back to the subway. 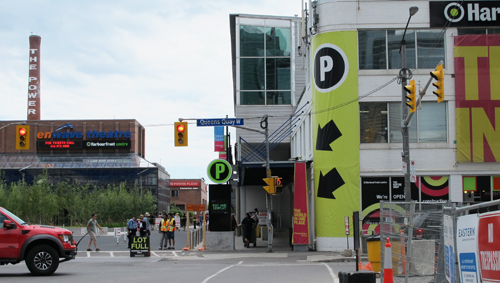 If no buses are in sight, you can continue on foot along Simcoe to Union Station. Most people don’t seem to know about the south entrance to Union Station. There’s no sign but you just have to make a right at Bremner and hike two short blocks past the Bremner Tower construction site, and the Telus building towards the big, lighted screen. On the left in Maple Leaf Square is a sign that says “Union Station.” On the right of  the Union Station entrance marked “Galleria” is the Air Canada Centre.  Go into the ACC.  It is a more direct route to the Go Train and the subway. Both routes are air-conditioned, a blessing in hot, muggy weather. 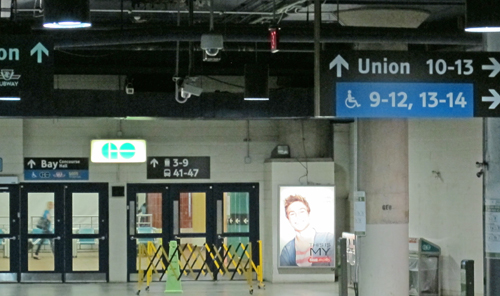 If you’ve never heard of Maple Leaf Square, consider the walk an opportunity to see what’ s new in our city. 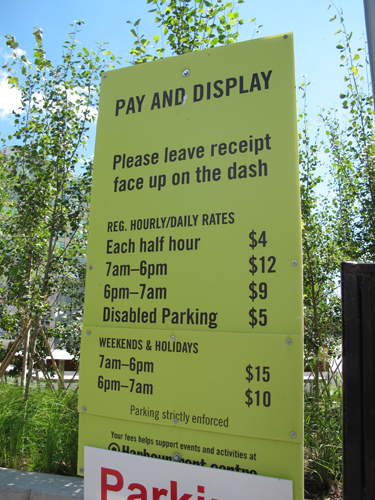 I avoid driving there.  Underground parking at Harbourfront is $15 from 7am to 6pm on weekends. From 6pm to 7am it’s $10. Across the street on York or Queen’s Quay West, parking is a $15 flat rate on weekends. Driving along Queen’s Quay West is something else. This whole area is an unpredictable, congested construction site, but think ahead to 2014.  All should be well and beautiful then.

For a map of the area, see: http://www.harbourfrontcentre.com/gettinghere/ .