406. Questions to Ask in Multicultural Toronto

I hadn’t wanted to go to my high school reunions.  I grew up in a tiny, conservative town in Eastern Ontario, the object of frequent racial slurs.  “Chinky, chinky Chinaman sitting on a fence…”

Then there was the journalist at a vocational guidance class who told me that Chinese people couldn’t be journalists in Canada and I wanted to be a writer.

Worse of all for any teenager, no one ever invited my elder sister and me out on dates. That was even more painful for me. 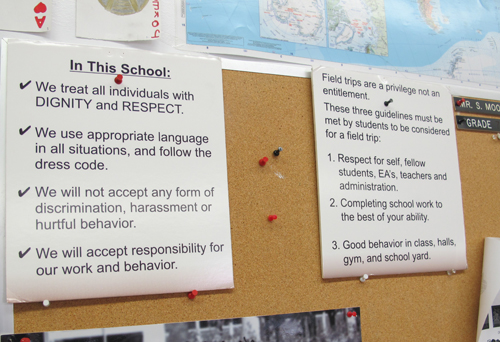 The school reunions were periodical. I figured the summer of 2013 might be my last opportunity.  My younger sister was hounding me to go.  I remembered the insistence of one of my nieces who also went to school there.  She still refuses to set foot in Brockville. The other students had treated her best friend very badly, worse than they treated us. Her friend was the only Black in the school.

But age and forgiveness won out for me.  Brockville hadn’t been all bad for us. We did have friends, especially in the local Presbyterian church. They made us feel welcome.  I went to the reunion feeling a little nervous as some of the old feelings returned.  It started out at a cocktail party in the local yacht club. I had never been invited to the local yacht club when I lived there.

I saw people I hadn’t seen since high school days.  Some of them had been to one of my birthday parties, more than fifty years before. I had an old picture of that event.   “We followed your career,” a couple of them said. I had written about my travels for the local newspaper.  I was surprised. They had never indicated that they had read my articles.  They had never written any letters to me.

Then one of them started to say something like, “Did you ever feel hurt by…” But she was interrupted by the arrival of yet another friend from the past.  She never resumed that conversation but I felt so good that someone cared how I felt in those painful days. At times they had left me in tears.

The interest made the trip worthwhile. In one classroom I found a Chinese language lesson on a blackboard. In another I found an anti-bullying poster.

Of course the times have changed. We’re in an age of political correctness. But I like to think the remarks were beyond just politeness.

My old school mate’s interrupted question, however, made me wonder if I should be asking new immigrants to Toronto how they feel.  Do they feel lonely and unwelcomed?   Had anyone in Toronto ever hurt them because of race or their former nationality?  Do they feel their home is Toronto yet?

I really appreciated being asked. 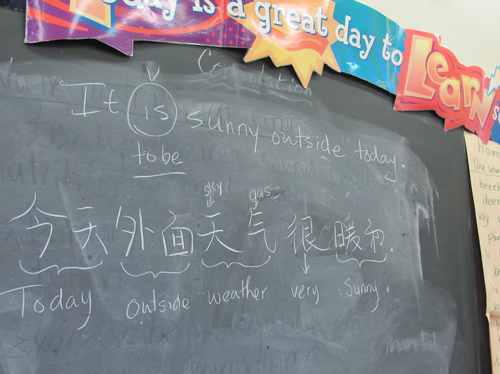