I went to Harbourfront Centre recently to find out. Harbourfront is wonderful because its days are filled with a wide variety of topics about different cultures and you can ask questions. Its Asian Fortune Cooking Food Festival earlier this month had a session on Tibetan cooking. Mo-mos are Tibetan dumplings. 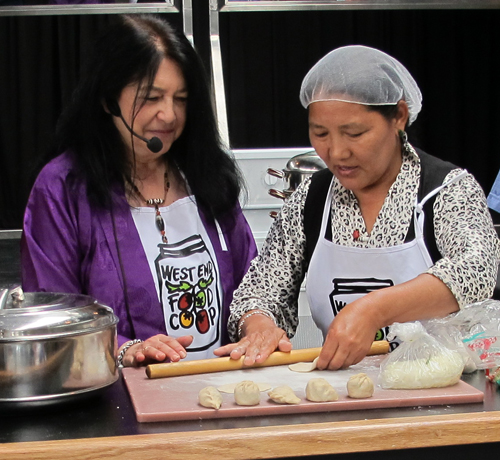 Sonam Yangzom of the West End Food Coop in Parkdale rolls the dough from balls into flat circles the same way Cantonese or Beijing cooks do. 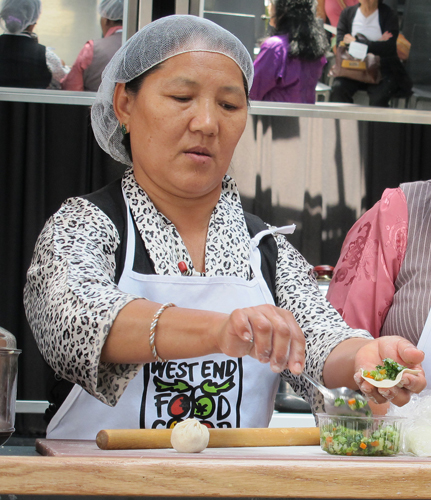 The filling is basically the same: vegetables, coriander, chives, ginger, garlic, etc. Sometimes cumin is used. The cumin is different. Some dumplings are made with meat. 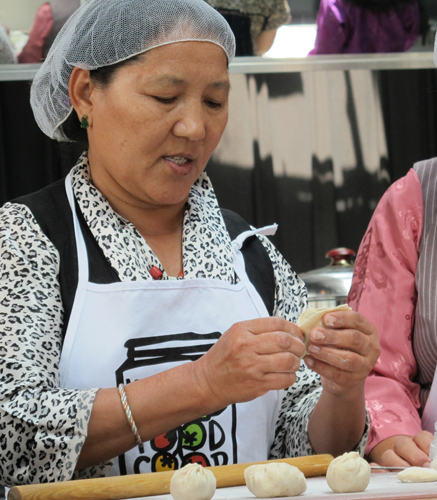 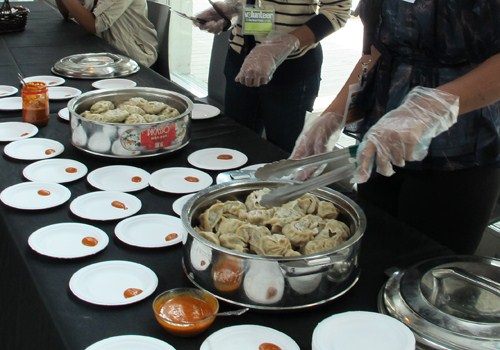 So what’s the difference? It seems that the basic difference is the meat. Traditional Tibetan mo-mos are made of yak meat. Toronto’s only yak is at the High Park zoo. There’s one farm near Ottawa and one in Alberta that raises yak for meat. The market is so small for yak meat that it’s very expensive. It was served to Kate and William in Alberta at a fancy banquet.

Can anyone tell us the difference between Polish and Ukrainian dumplings?