What do you think when you see someone wearing dreadlocks? Do you think the wearer is Rastafarian? Do you wonder how they are made? 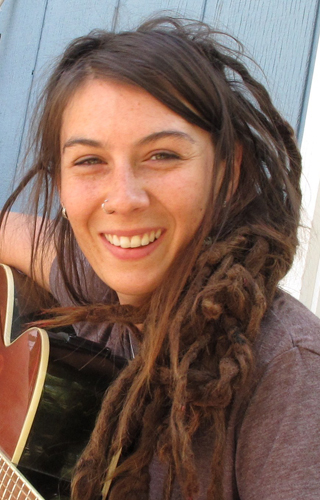 Dreadlocks are not recent nor are they confined to any one religion. Some people claim that the biblical Sampson wore his hair matted as well as uncut. It seems that some ancient Greeks, Hindus and Africans grew dreadlocks.

Uncut hair has a spiritual significance for some of our aboriginal cultures too. While they do not cultivate the dreads or matted ringlet-like hair, long hair is very important also for Sikhs. The belief is that it helps the flow of energy and connection to their deity.

But not all people wearing dreadlocks belong to a religion.

I met Zoe Clare Star Water recently. She is of Irish origin with a few drops of Cherokee blood. She was brought up Roman Catholic but now labels herself “a post-new age spiritualist.” When she was 19 years old, she felt she needed a hair-style change. Her hair was straight and so long that she could sit on it.

“I have always expressed myself through my hair,” she says. “My mother used to give me one day a week in which to experiment with it. I started dying my hair in 7th grade, and didn’t really stop until I put dreads in.  I had every colour of the rainbow at certain points, but my favourite colours to dye were red, purple, and black. “

She had never seen a Rastafarian or an African when she started her dreads. She began by making 27 loose braids and cultivating the locks by back-combing, teasing her hair back towards her scalp. She never combed her hair out again.

Over time as her hair grew and got tighter and tighter, the texture of her hair changed. She cannot break up the solid ringlets now. Her hair is like a sponge, soaking up water when she washes it which she does every two or three days. In the last three years, her hair has gotten thicker and thicker. She is now 30.

Her father warned her that she would not be considered a professional woman with dreadlocks. She says, “Having an alternative hair style, there has been an amount of stereotyping that has gone along with the look.  While I have been successful in the professional coffee industry, I have found the most receptive environments to be in the entertainment and artistic communities.  All in all, it is not the hair style that delivers the message, and the people I wish to work with would always be looking beyond such a topical image.”

She says anyone can grow dreadlocks and it seems more and more people in Toronto are doing that. There are hair salons in this town that can help.

We welcome your comments. Ruth.