431. Parsis and Zoroastrianism in Toronto

Fravashi or “Divine Essence,” the guiding spirit for the soul, the symbol of Zoroastrianism.

I was surprised by the jokes and laughter. Also unexpected were the questions from the audience of over a hundred Zoroastrians. Do you have to be a Zarathushti to reach heaven? What about reincarnation? White lies? Since we can’t understand the language of the prayers, what’s the point in praying?

I expected them to know all the answers already.

When I lived in Mumbai, some of my friends were Parsis. Back in Toronto, I wondered if any Parsis lived here. The Web led me to a series of lectures in one of their two local community centres.

I already knew that Parsis or Zarathushti are the people. Zoroastrianism is the religion which started about 3500 years ago in Persia, today’s Iran. Most Parsis fled to India after the Arab invasion in the 7th century CE. Some sources say that the “three wise men from the East” who brought gifts for the baby Jesus, were Magi, or Zoroastrian. 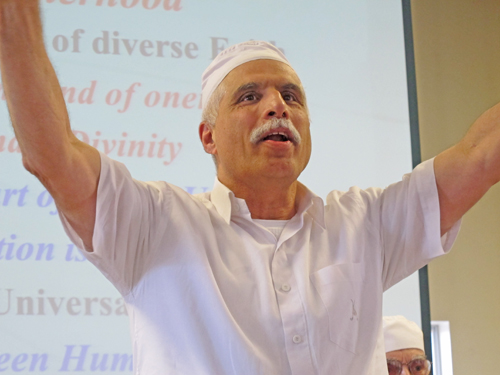 In Oakville, I learned that their prayers are in an ancient language. Although most Parsis have been in Canada at least thirty years, many still speak to each other in Gujarati, the language of the Indian state of Gujarat. The lectures however were in English.

My friends in Mumbai worshiped at a “fire temple” which non-Parsis weren’t allowed to enter. They laid out the corpses of their dead for vultures to dispose of in their Towers of Silence. This seemed to be a very ecological way of dealing with human remains. It was also an act of charity, of feeding birds.

Zoroastrians are monotheists. Their god is Ahura Mazda. Toronto has no fire temple nor are deceased Parsis fed to birds here. They do have priests. Priest Nozer Kotwal was sitting behind me. He was born a priest, he said. But you don’t have to be Parsi to be a Zoroastrian.

Free for the public was this lecture series on Zoroastrianism. I was the only outsider and they introduced me to the group. They were very hospitable and invited me to an Indian chicken curry lunch later too. 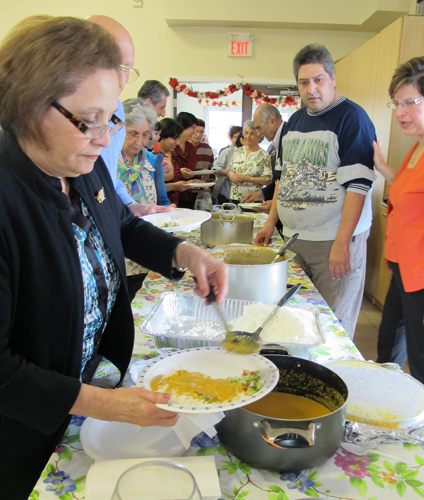 Only about 69,000 Parsis live in India, so it’s fortunate that we have over five thousand in Ontario from whom we can find out about this very ancient religion first hand.

When I was in India, I learned that the ancestors of the Parsis made much of their money in the opium trade with China in the 1700s and 1800s. I was angry at first because the opium was forced on China. It made a mess of the country. But working together with Parsis on a humanitarian project made me overlook this history. “Good deeds” are one of the pillars of their faith. Maybe the ancestors thought opium would help the Chinese. 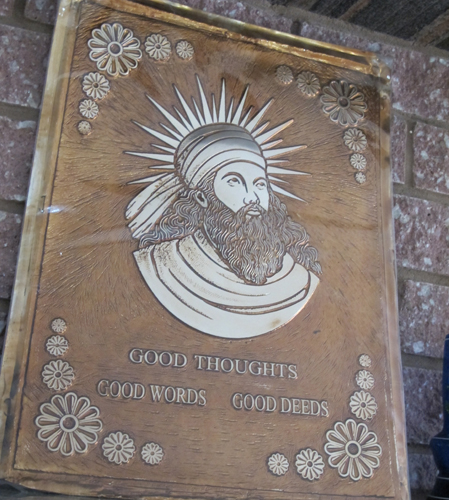 The Prophet Zoroaster. From a Picture in the Prayer Room.

Other pillars are “good thoughts” and “good words” or education.

One of the jokes was about a man who complained when he died and arrived in heaven. There he discovered he could eat everything he wanted, “If it hadn’t been for all those non-fat muffins, I could have come here 10 years earlier.”

Zoroastrians believe they should always tell the truth, but one speaker said, “When there are two Parsis, they argue. If there is one Parsi, they argue with a mirror.”

As for the disposal of human remains in Toronto, they do believe that we must not pollute the earth. They cremate or bury, but the coffins must be lined in concrete to avoid contaminating the earth.

The Zoroastrian Society of Ontario is planning another such lecture series in December at its centre at 3590 Bayview Avenue. As soon as it’s announced, the information will be on www.torontomulticulturalcalendar.com.

Take them your questions then, or consult its web-site: www.zso.org. 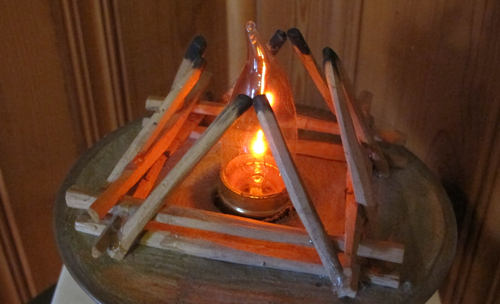