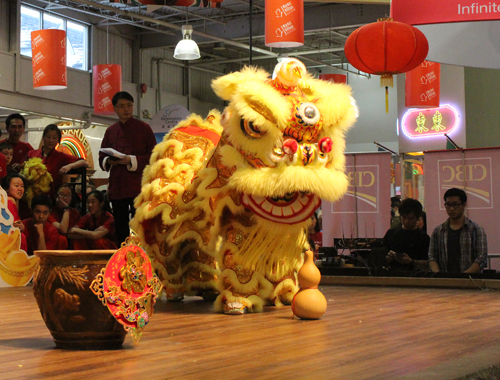 Ruth writes: If you think you’ve seen a lion dance and don’t need to see any more, please think again. During the Chinese New Year, Market Village in Markham organized a lion dance contest. It was a brilliant idea. With judging based largely on stage presence, the ability to excite the audience, and creativity, something new and wonderful could happen and did.

Marks also went for difficulty, challenging moves and team work as well as appearance. The prize money totalled $6000. Though such contests are not new, it’s the first I’ve heard of in Toronto.

At the beginning of every Cantonese lion dance session, VIPs dot the eyes to give life to the lion. 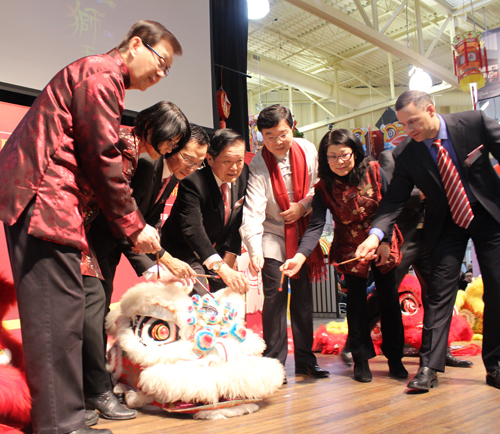 The basic lion dance story starts with a sleeping lion. Chinese lions are benevolent, vegetarian, and bring good luck. Lions are not indigenous to China but records of the dance date back about 1800 years. 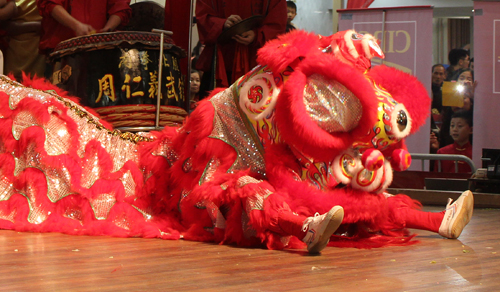 The lion starts to wake up and is hungry. It might open one eye and then another. 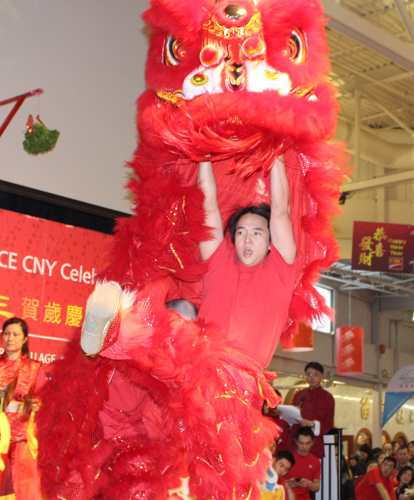 The lion gets up and searches for something to eat, finds a head of lettuce and “eats” it. After shredding the lettuce, the lion spits it out, thus showering delighted spectators with good fortune – or so the story goes. 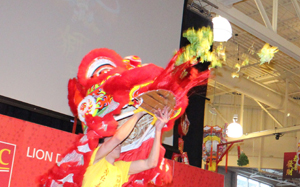 Lions dance mainly during new years celebrations but also at other important occasions. Over the years, Chinese lions have become cuter and cuter, wagging their tails, scratching an ear with a back leg, or rolling over. This year at Market Village I saw my first lion with a face highlighted in lights. 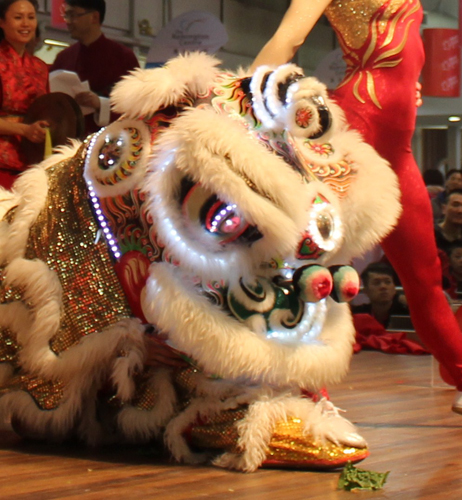 Traditionally, groups of lions and drummers go from door to door in Chinatowns and malls. Storekeepers try to make it hard for the lions to reach the lettuce which on this occasion is usually tied to cash. But at the Market Village contest, acrobats raised the bar. Can you imagine trying to shred lettuce and holding up a heavy lion head in this situation? 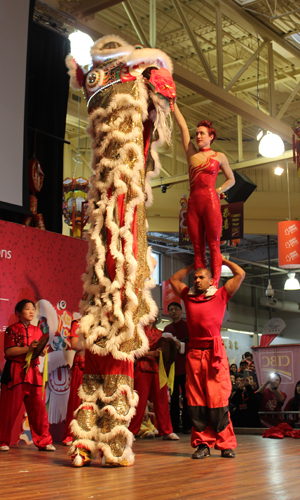 The Market Village contest was more of a performance though. We watched the four finalists who were all from Toronto develop variations on a theme. 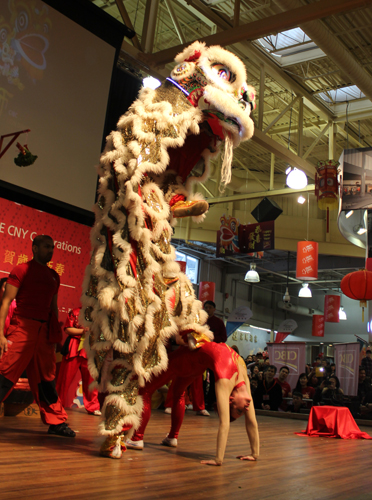 Though it was supposed to be a lion dance, sometimes the lion became a spectator. 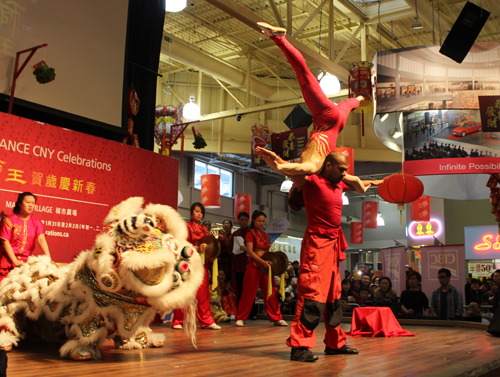 One lion got drunk, almost fell into the laps of the judges, but managed to throw out lettuce to the audience. 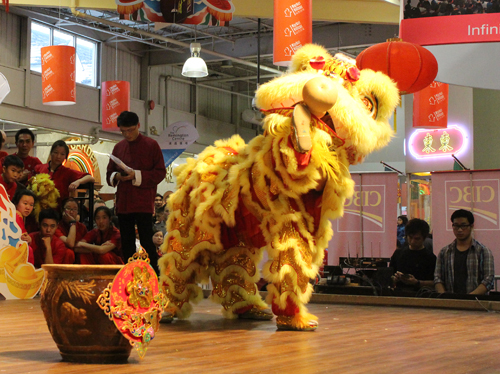 It almost collapsed in a drunk stupor. 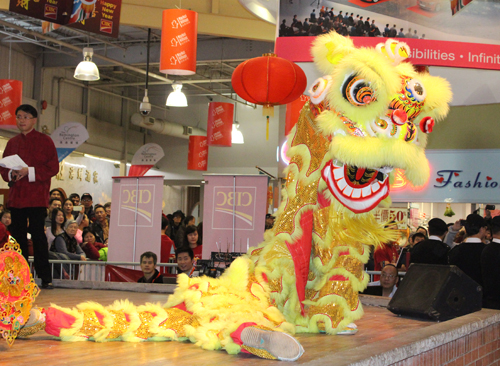 The Wushu by Storm acrobatic troupe won top prize. The bulk of the New Year’s lion dances are almost over for this year. There’s still some door-to-door dances and some Chinese seniors’ groups coming up. The Pacific Mall will host lions door-to-door this weekend. 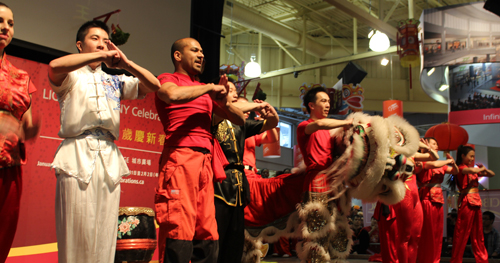 For videos of the finalists, see: www.cnycelebrations.ca .And please let us know of other interesting lion dance teams and why.