Late one Saturday afternoon, I spent two hours in Dundas Square helping Colin Shafer with his project Cosmopolis. Along with a few other volunteers, we were asking people if they knew someone currently living in Toronto, who was born in one of the 15 missing countries on our list.

Monaco, Vanatu, Comores, Kiribati, Nauru and ten others have only a few million inhabitants each.  This makes it all the more difficult for us to find their expatriates here if there are any.  Maybe your readers,  can help also. 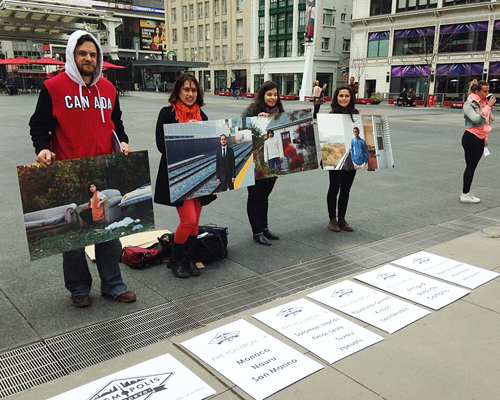 Colin, on the left. Participants and volunteers on the right.

“Photographing a portrait of one immigrant living in the city of Toronto from every country in the world” is Colin’s challenge. This photographer and psychology teacher started his ambitious project in September last year. He now counts more than 175 portraits. Colin photographs each of the participants in the area of the city where they feel most at home. He takes a separate shot of them holding an object that reminds them of their native country. In addition, he conducts an interview and provides a summary of their story. 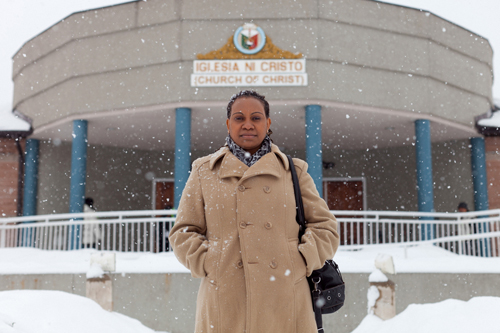 Picture of Esther, the participant from Papua New Guinea

With Cosmopolis, Colin hopes to capture Toronto’s multiculturalism in an honest way. During our interview at the RSquared Café, the location of his inaugural exhibition, the 30-year-old explained that he wants to show “the diversity in the diversity” and “break down the stereotypes”.  More specifically, he tries to point the differences between people while recognizing their similarities, depicting therefore a realistic picture of the multiculturalism in Toronto. Cosmopolis bridges the different cultures together while respecting the singularities of each of them. 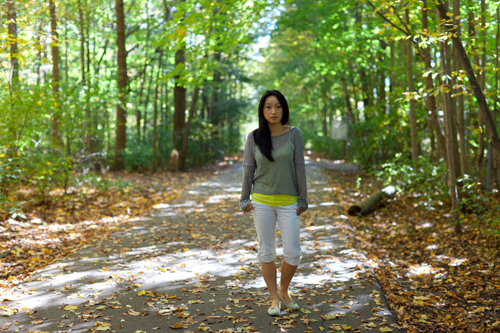 Picture of Jenny, the participant from China

After taking images of nearly 175 participants, Colin is now about to complete the first step of his tremendous project. Undeniably, he will use his best endeavours to find the last Torontonian participants, and he can rely on all the participants and volunteers networks to help him. Cosmopolis keeps growing everyday as more people volunteer with enthusiasm in this “Global adventure”.

You can attend the next exhibition, which will be running from June 12 to June 26, at the Moniker Gallery, on Richmond Street West. For more information, see www.cosmopolistoronto.com.