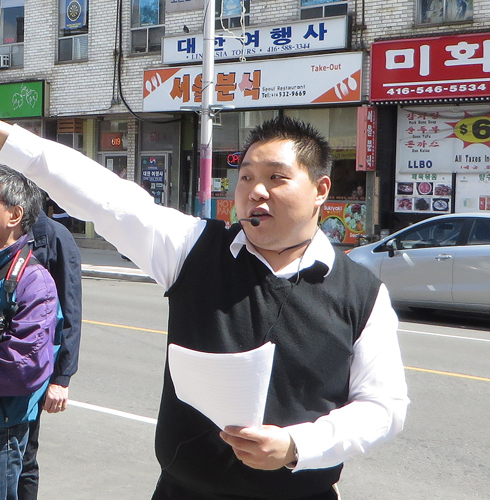 Ruth writes: I took one of Heritage Toronto’s walking tours recently, the one about Koreatown. I have walked frequently on my own along  Bloor from Markham Street to Christie Street looking at the many stores and eating in some of the restaurants, but from the tour, I learned about the church and the social service agencies helping Korean immigrants. Guide Jason Lee told us about Korean history in Toronto. I discovered that the Korean community north of the 401 on Yonge Street has more Koreans than Koreatown and calling it “North Korea” was a joke.

We enjoyed Jason’s  humour.  He shared stories about his own family. His mother used to be in movies in Korea, he said.  He led us through his parents’ Korean Village Restaurant  for a cup of tea and into the Korean supermarket the P.A.T. Central.

Another Koreatown tour will be May 28.

Heritage Toronto has other ethnic neighbourhood walks too this year. There’s the Gerrard India Bazaar, and St. James Town and the Filipino community there. I didn’t know we had a Filipino neighbourhood. And there are Chinatown tours with author Arlene Chan.

For information on these, see: http://heritagetoronto.org/asian-heritage-month/

Heritage Toronto has many interesting walks, bus tours and boutique tours.  Take a look at: http://heritagetoronto.org/tours/2014-tours/. Most are free but donations are appreciated. 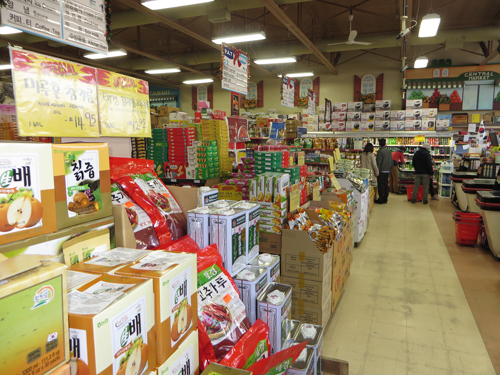