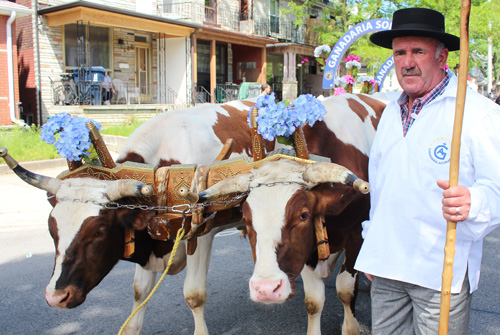 Ruth writes:
Portugal Week events extend from May 3 to July 26 this year.  It centres around June 10, Portugal National Day, when the Portuguese flag will be raised at City Hall at noon, and the day proclaimed at Queen’s Park at 2pm. On both occasions, famous Portuguese singer Isabel Sinde will perform the two national anthems. Toronto has 104,000 people who claim Portuguese as their mother tongue. 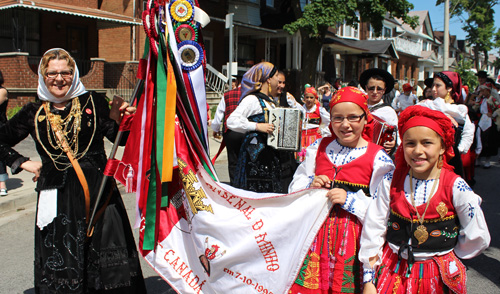 I think it’s wonderful that the work of a poet and not a military general expresses the nationalism of a country.

Not to be missed is the long and colourful Portuguese parade on June 8 starting at 11am. It usually goes from College and Lansdowne, eastward along Dundas Street West, and then to Trinity-Bellwoods Park.

The parade is an opportunity to chat with Portuguese people as you stand waiting for the parade to pass. You could ask them how they feel about the Portuguese bull fights that took place in Toronto last year.  As you see oxen pulling carts, you could ask them if they still use oxen in Portugal. Can they quote a few lines of Luis de Camões’  poetry for you? Do their children speak Portuguese? 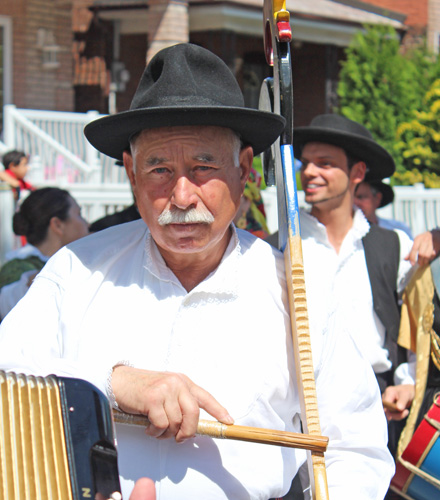 This fun colourful parade is one of  Toronto’s largest. It has floats, bands, war veterans, schools, musicians, dancers, and provincial costumes. You will probably see a few horses and oxen and a couple people actually cooking fish on a float. The variety of Portuguese sub-cultures is amazing.
Later that day is the Tribute to Camões & Ceremony of the  Portuguese Walk Of Fame at Luis de Camões Way, 722 College Street. This will be accompanied by a Cultural Concert with performances by Isabel Sinde, Arsenal Do Minho, and Luso Can Tuna. 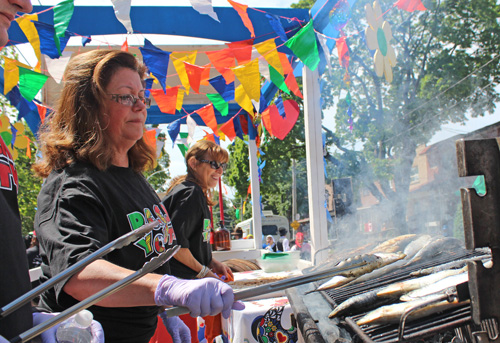 Also not to be missed are the June 14 and 15 Folk Festivals in Downsview Park. Last year, this park also hosted a real Portuguese bullfight, like the Spanish except for the lack of blood. (The spears clung to the bulls with Velcro.) This spectacular event was historic; the magnificent horses, costumes and performances were amazing. It will not be repeated soon because the City of Toronto forbids bull fights, says Joe Eustaquio, organizer of Portugal Week. Downsview Park, at that time, was federal land and did allow it.  (Bull fights – or “Portuguese rodeos” do continue to take place relatively near Toronto. See: http://www.soletoiros.ca/).
For related Portuguese week events and details, see: http://www.portuguesealliance.com/portugal-week/. For our Blog about the 2013 Bull Fight, see: https://www.torontomulticulturalcalendar.com/2013/06/21/385-report-on-torontos-first-portuguese-bull-fight-festival-2013/ 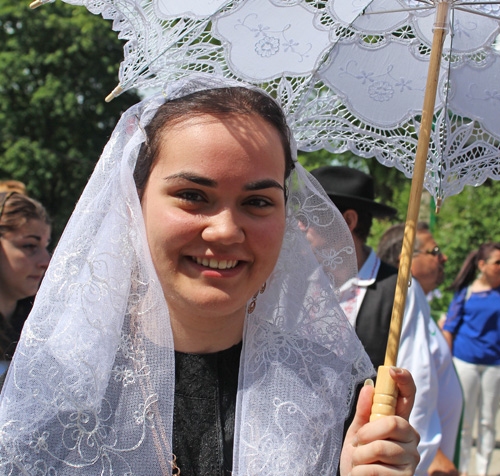