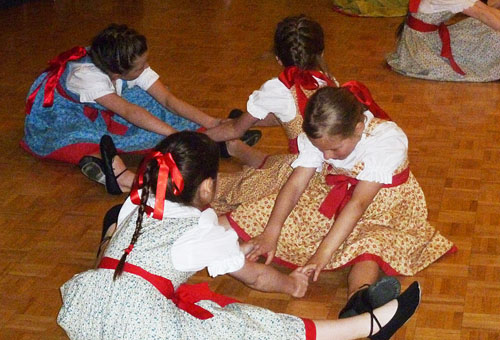 Emmanuel Gallant writes:
Have you ever been to the largest multicultural festival in Ontario? This year Carassauga was celebrating its 29th birthday. On this occasion, 72 countries were represented in 30 pavilions at 13 locations across the city of Mississauga, for an intensive three-day festival. Last year, when I discovered the festival for the first time, I felt quite impressed by the energy mobilized to introduce the public to so many different cultures. This year was even more stunning.

This year, I was surprised to see that the staff of GO transit didn’t seem much aware of the event and wasn’t able to give me the right directions from Toronto to Mississauga. It took me two hours to get there from mid-town Toronto. Nonetheless, the experience was worth the time.

Like last year, I didn’t read much about the event ahead of time in order to increase the surprise effect. This is also why I stepped down from the Carassauga-shuttle bus at its first stop, far away from the main pavilions. Then I blindly followed a group of visitors who seemed to have an approximate idea of where they were going. They led me to a little church …

I know some people who might state that Carassauga is “too cliché”.  Personally, I consider that the magic of this event is that it takes its visitors to the deepest folkloric aspect of every culture. It is like an invitation to understand better the way other human beings behave. This church was a really appropriate venue to host a rather conservative culture like Slovakia.

Visitors were welcomed by a large number of framed pictures with important historical figures, and many detailed doilies on the walls. In less than a minute, the tone was set: Slovakia is a lot about history and artistic crafts, reflecting deep values of community and tradition. A group of Slovakian children dressed up with traditional clothes performed a very traditional dance. They were progressing in organized circles while holding hands, in a very well-behaved way. This confirmed my first impressions about the country. I left the church 30 minutes later. Even if Slovakia seemed a bit too conservative to me, it gave me a warm feeling to see that important values were being transmitted to the next generations. Forty minutes later, the Carassauga shuttle-bus re-appeared at the bus stop to take our group to our next destination: the Hershey Centre. 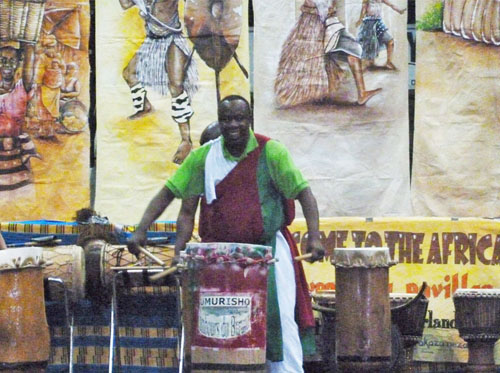 Many more people were rushing there to the entrances of the pavilions. I decided to start with the African pavilion. Immediately, I noticed the blatant contrast with the Slovakian culture. Far from being organized, here things seemed all over the place. Although booths were well-displayed, the various colours and the lightness of the African clothing, associated with the diversity of the items exposed, transmitted an impression of “carnival”. On the stage, a band was playing drums with wood sticks. The main performer seemed to let his soul guide him as he apparently played for his only amusement, without being aware of spectators. 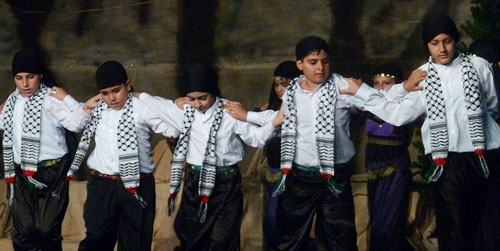 The Lebanon pavilion seemed more like a mix of specific traditional dances and free expression. A group of children was performing, wearing beautiful traditional costumes. The dresses of the girls were especially remarkable. I enjoyed their show while eating a falafel sandwich. I then completed my dinner with a good spicy plate of rice and beans from the Indian pavilion. The food was good, but I must admit I wasn’t captivated by the Indian pavilion. Maybe it simply wasn’t the best moment of the day, but I found it colder than its counterparts, relying too much on its spotlights and commercial music. It was like a need to show off and impress more than expressing its core culture. 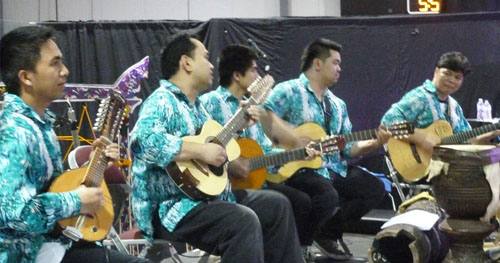 The Filipino pavilion was really interesting. On the left, a bit apart from the stage, a band was playing mandolins and other exotic instruments, and wearing traditional clothes. Meanwhile, a choreographed dance was being performed in front of a captivated crowd on the stage. It was surely 100% marketing… but the inscription “The Philippines number one beer” was appealing enough to make me stop and give it a try. Not bad.

I concluded my Carassauga experience with visits to the Italian, South American and Caribbean pavilions, located 20 minutes away by shuttle. Needless to say, this is where I got my warmest experience. As a logical reflection of a continent with a very expressive way of communicating, the South American room was, by far, the loudest one. You could tell that everything had been set up so that visitors could have a full experience with salsa music, costumes, hats, cocktails, food–all types of props. Even if I found it a bit overwhelming, also due to the massive crowd, I took a lot of pleasure in it. 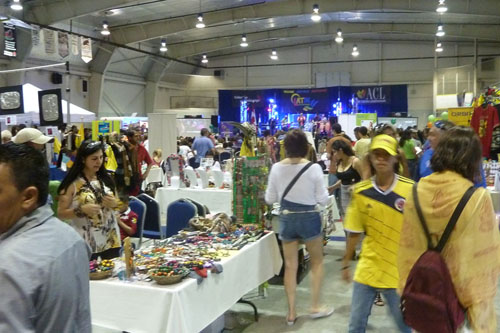 I preferred the Italian pavilion. I must admit my choice might be influenced by the fact that Italians are the neighbours of France, my country of origin. An opera singer attracted me from the corridor into the pavilion. Smiling vendors sold some fresh Italian products (mainly pastas). It was pleasant to walk inside while having enough space to breath and admire the various specialties. 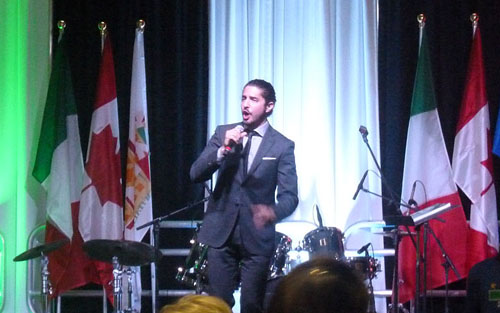 I quickly went to the Caribbean which would have certainly deserved more time. I was surprised by a sign at the entrance that said something like “Welcome to the spiritual pavilion”.  I was surprised because it is the first “window” to the Caribbean pavilion. I would have more expected a travel agency, or a coconuts booth, or something exotic. But they chose to emphasize “meditation” and I think it is the first time I see a spiritual booth at a 1st level of a pavilion.

Overall I could see the end of a drum performance. Located on the first floor, the space was very narrow and it wasn’t easy to get close to anything without bumping into someone. I remember mainly some DVDs displayed and the meditation booth.

In conclusion, I really enjoyed getting lost in so many diverse ambiances, and learning a little bit more from the cultures of each of these countries. I look forward to going back for the 30th edition, next year. Maybe my French people will be represented this time, who knows?
And you, which country did you enjoy the most?  Tell us about it through ruthlormalloy@gmail.com .