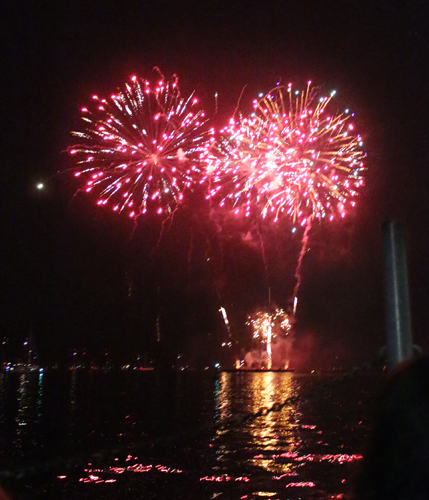 Celebrations are all over the city with variations on the theme. They are all free unless otherwise specified. The official Toronto one is at Mel Lastman Square with live music by Justin Rutledge and NQ Arbuckle, and circus performances, family activities, etc. It’s from 5-10:30pm. 5100 Yonge Street by the North York Civic Centre. For more information: http://bit.ly/1hVfVWX.

The official Ontario government celebration is at Queen’s Park. The front lawn is turned into a midway along with a rocket-making workshop, a climbing wall and farmer’s market. See: http://www.citizenship.gov.on.ca/english/citizenship/honours/canadaday.shtml. 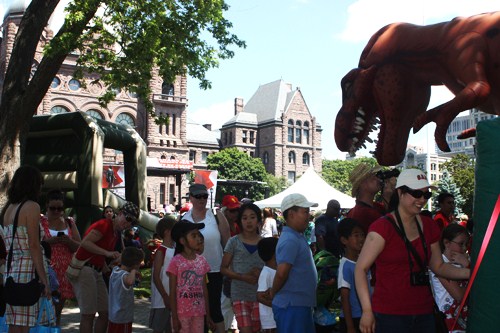 Fireworks will explode about 10:15pm at Mel Lastman Square created by Circus Orange. This is easily accessible  from the North York Centre Subway Station. A major fireworks venue is Ashbridges Bay Park, 1675 Lake Shore Blvd. E., near Coxwell Avenue. Fireworks there start after 9:30pm. From Woodbine subway station on No. 2 Line, take the 92 Woodbine bus south to Ashbridge’s Bay. Parking there is a problem.

Celebrations some with fireworks will also be at:
Black Creek Pioneer Village where an official citizenship ceremony will take place. Also there will be horse-drawn wagon rides and traditional games, as well as historic ales. $11-$15. http://www.blackcreek.ca/v2/events/canada-day.dot 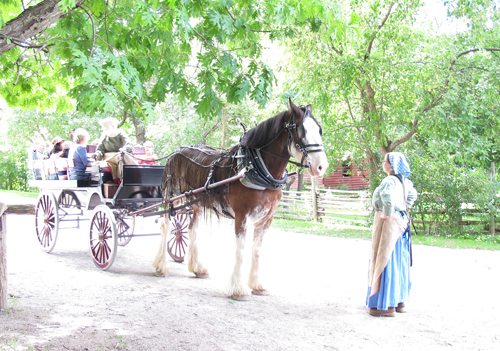 Canada’s Wonderland will have a massive fireworks display set to music at 10 pm on Sunday, August 31 and Tuesday, July 1 weather permitting. It will feature custom fireworks designed specifically for the theme park, located at 9580 Jane St. in Vaughan. The show is included with the price of admission $36.99 – $47.99 (or you can watch for free outside the park).

Scotiabank CHIN Picnic is on July 1 as well as June 28 and 29. On Canada Day, it will have Chinese, Portuguese, Italian, and Caribbean entertainment as well as a folklore dance competition. It’s in the west side of the Exhibition Place, in and near the Better Living Building. http://www.scotiabankchinpicnic.com/ 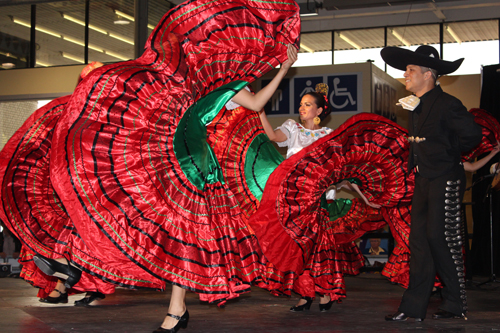 Harbourfront Centre which is located at 235 Queens Quay West will try to create a human flag at noon on July 1 with your help. Wear white or red to participate. Its fireworks are on June 30 from 10:30pm to 11pm. For more Canada Day weekend festivities at Harbourfront, see: http://www.harbourfrontcentre.com/whatson/today.cfm?discipline_id=&mode=day&day=1&week=28&month=07&year=2014&searchvenue=.

Unionville Main Street’s party starts at 11am and features Turbo Street Funk. At 2pm is an attempt at the World’s Largest Cannoli. http://www.unionvilleinfo.com/News/Canada-Day

Yonge-Dundas Square has a Multicultural Canada Day. Details will be announced on: http://www.ydsquare.ca/

Note:
On Canada Day closed will be LCBO and Beer stores, libraries and schools, government offices, postal services, banks and garbage services.
Open will be TTC services on a holiday schedule, GO Transit on a Saturday schedule, most malls, including Bramalea City Centre, Eaton Centre, Square One Shopping Centre, and Vaughan Mills.

We hope you have a great day having fun and being happy to be with your fellow Torontonians.