505. Was Taste of Lawrence a Multicultural Festival? 2014 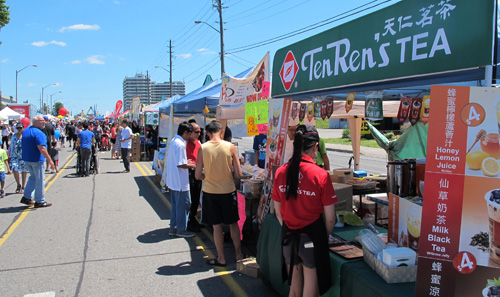 Organizers advertised July’s Taste of Lawrence (Lawrence between Warden and Birchmount) as an “International Food + Cultural Festival.” I took a quick trip there shortly after it opened. It indeed had vendors offering Hokkaido cuttlefish and Japanese black sesame and green tea ice cream. I found  Hawaiian BBQ, Jamaican jerk, and Malaysian murtabak. You could buy Pumpkin Seed Oil from Styria, a state in Austria. A Filipino supermarket with steam trays full of delicious-smelling kare-kare, sinigang and adobo chicken was nearby. 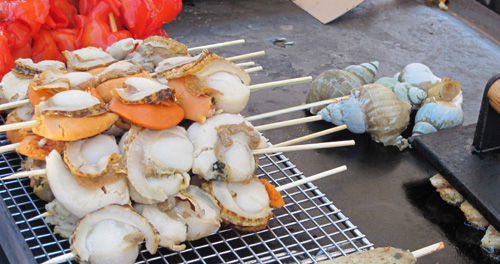 The food was certainly international. As for the culture, a mixed group of performers was on stage. Vendors were selling metal mugs with China’s Cultural Revolution themes. That revolution finished in the 1970’s but the faces of cultural icon Soldier Lei Feng and happy peasants were prominent. I haven’t seen anything like that in decades. It was certainly “cultural.” 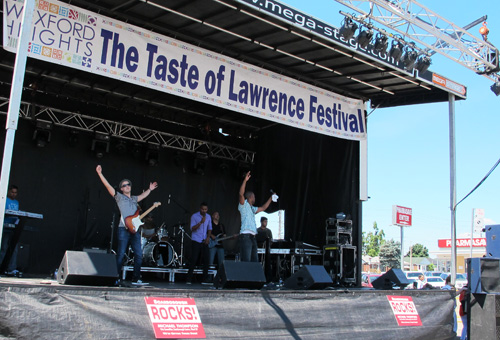 Taste of Lawrence was a small but interesting street festival.  All Toronto’s festivals seem to be full of surprises. This one is small but worth a longer visit next year — if you live nearby. The kids will love the bouncy castles. We’ll mention it. It is indeed multicultural. www.NorthYorkFestival.com 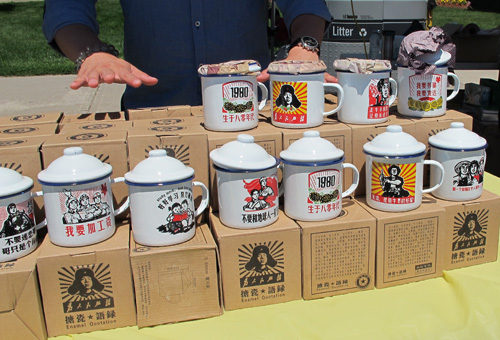