Controversial Portuguese-style bull fighting with live bulls came close to the GTA this weekend where it is forbidden. The bull are not killed nor pierced. Spears are attached with velcro.

You can decide for yourself whether this is animal cruelty – any more than keeping a cat in an apartment all day or allowing the family bully from teasing a dog. The sport is popular especially among our neighbours from the Portuguese islands of the Azores and Madeira. It is dying out in other parts of Latin America, Spain and Portugal.

For an account and pictures of last weekend’s event in Brampton from the Globe and Mail, see: http://www.theglobeandmail.com/news/national/bullfighting-in-brampton-ontario-results-in-just-a-few-scrapes-and-bruises-for-man-and-bull/article25988583

Bull fighting was allowed at Downsview Park in Toronto in 2013 when that park was federal, not municipal. For our blog about that spectacular event that came complete with prancing horses and a beautifully-attired cavaleiro and cavaleira from Portugal, click on: 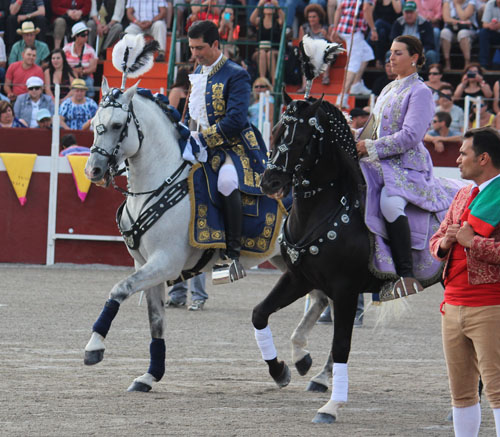 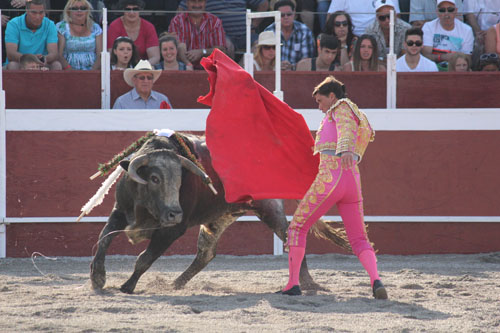