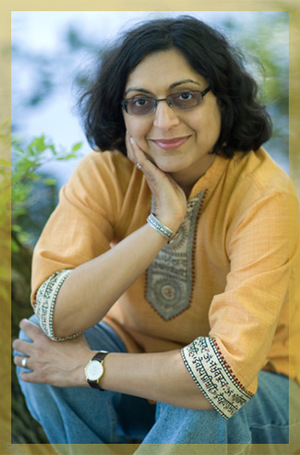 Ruth writes: we just heard that “best-selling Parsi author Thrity Umrigar will be speaking at the University of Toronto at Mississauga (3359 Mississauga Road, Mississauga), at 7pm October 2 at bldg IB150. The title and abstract of the lecture: Sugar in Milk.

“In her talk, Thrity Umrigar talks about how growing up as an ethnic and religious minority in India contributed to her outsider-insider take on literature and fueled her growth as a writer. One of the things a writer has to be able to do is imagine a story from multiple points of view and growing up a Parsi and attending Catholic school in a predominantly Hindu city, gave Umrigar a naturally cosmopolitan, multicultural view of the world. She will also talk about how the “origin myth” story of the Sugar in Milk has informed her own life as an immigrant to America. http://umrigar.com/bio/”

Parsis are people of Indian origin who follow the Zoroastrian religion. Toronto has two Zoroastrian temples. For our Blog on visiting this community, see: https://www.torontomulticulturalcalendar.com/2013/11/18/431-parsis-and-zoroastrianism-in-toronto.

Intercultural Dialogue Institute GTA sent us information about a Book Launch of The Best of All Worlds. This is a book of “selected stories which were originally written in Arabic, Farsi, Italian, Japanese, Portuguese, Russian and Spanish. Each of the stories are translated into English and French, and have illustrations. In this way the book will not only showcase the mother languages of the writers and create pride among the children speaking that language, but will also promote ‘diversity and international understanding through multilingualism and multiculturalism’ among young readers.” 2-4pm. October 4. Agincourt Public Library, 155 Bonis Ave.