Toronto’s big rally, march and fair is on Saturday, March 5. The march starts from OISE and goes along Bloor Street and south at Yonge to Ryerson University.  See:http://iwdtoronto.ca/ and below.

But there are other events as well. On Thursday, March 3 is an International Women’s Day luncheon.  See: www.wdluncheon.info and poster below. It’s at the Multi-Faith Centre, University of Toronto, 569 Spadina Ave. $15.

On Friday, March 4, Dr Monia Mazigh will speak on “Muslim Women Between Fiction and Reality” and  read from her novel Mirrors and Mirages. Q&A. $5. 7pm. Noor Cultural Centre, 123 Wynford Drive. Dr. Mazigh was born and raised in Tunisia and immigrated to Canada in 1991. In 2002 her husband, Maher Arar, was deported to Syria where he was tortured and held without charge for over a year. She campaigned tirelessly for his release. Mazigh holds a PhD in finance from McGill University. In 2008, She published a memoir, Hope and Despair, about her pursuit of justice. She is currently National Coordinator of the International Civil Liberties Monitoring Group.
On  Tuesday, March 8, 6:45pm, International Women’s Day Film Screening of “It’s a Girl” which examines the issue of girls killed, aborted or abandoned simply because they are female.  Call 416-395-5660 to register. North York Central Library,  5120 Yonge Street. 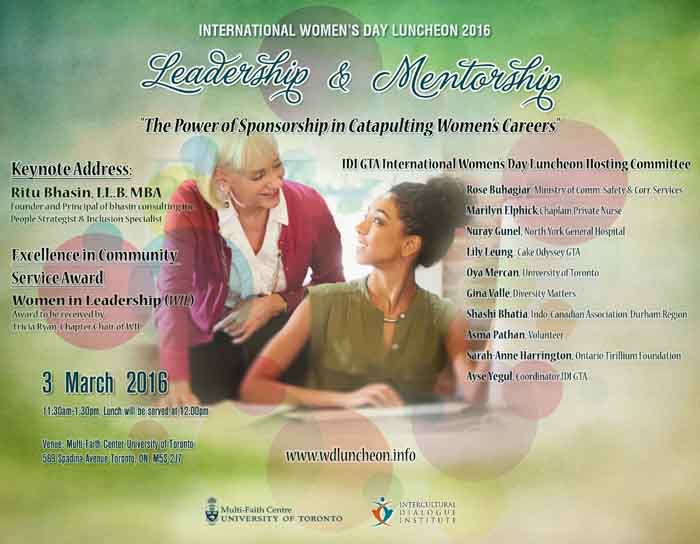 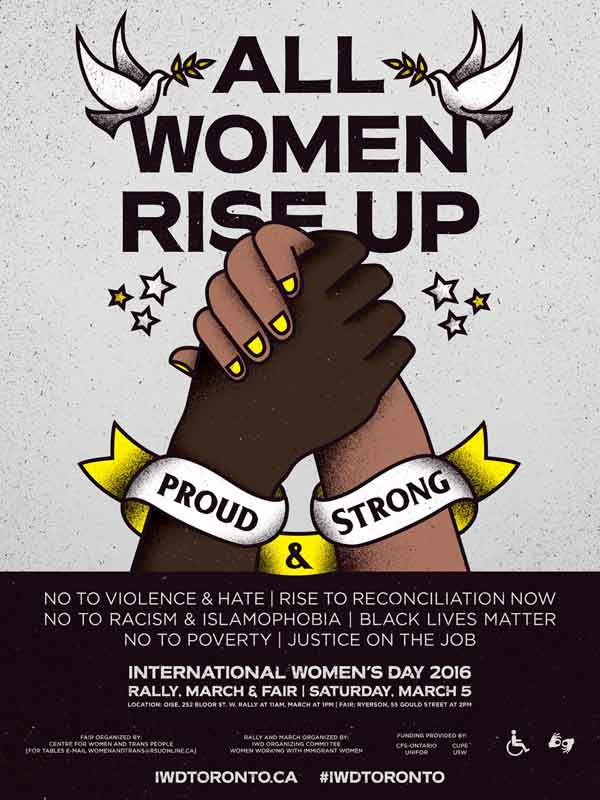 Please let us know if there are other affordable events to be included.