Who are the Hakka people?  Why is Toronto hosting a Hakka conference? Why should you bother reading this blog?

I first heard of the Hakka people while researching a book on China. Unlike many Chinese people over a hundred years ago, they did not bind the feet of their women. Some still live the village life in southern China (where you can see their distinctive circular dwellings) and in Hong Kong. 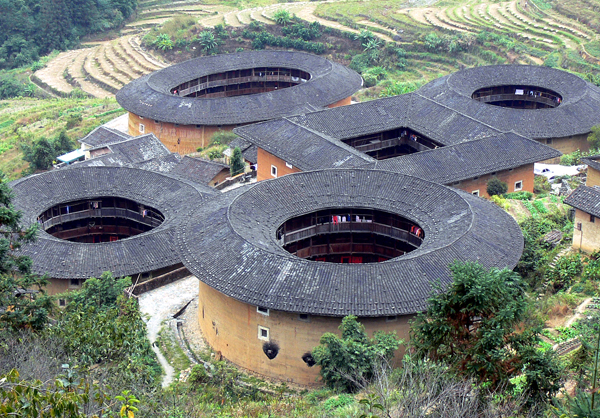 I also heard that the author Han Suyin whose memoir inspired the movie Love Is a Many-Splendored Thing was Hakka. I  later learned that many other famous Chinese people were Hakka too: Dr. Sun Yat-sen (revolutionist), Deng Xiaoping (Chinese  leader 1978-1989), Chow Yun-fat (Hong Kong actor), and Lee Kuan Yew (first Prime Minister of Singapore). Some Hakka people have become leaders in Canada too:  former Governor General Adrienne Clarkson and Senator Vivienne Poy.  A Nobel prize winner and at least one Rhodes scholar are among them too.

In Toronto, we have many Hakka restaurants — known for their Indo-Chinese dishes.  The cuisine migrated to India before it arrived here. Like many other groups, the Hakka migrated around China, and then around the world. The word Hakka means “guest people”.

Every fourth year since 2000,  the Toronto Hakka and international associates have convene a conference  “… to transmit to Hakka and non-Hakka persons our traditional culture so that they can create the best of lives in the contemporary world.

“We study together to build global consciousness, to unite humanity as one family and to be ever closer to the earth which we inherited.” Unlike some of our immigrant groups, they appear to be reaching out to the rest of us.

The Hakka Festival is free. It’s on  Saturday, July 9. Chinese Cultural Centre, 5183 Sheppard Avenue East.  It’s a good place to make contacts with a group of people who span the range from village life to world prominence. 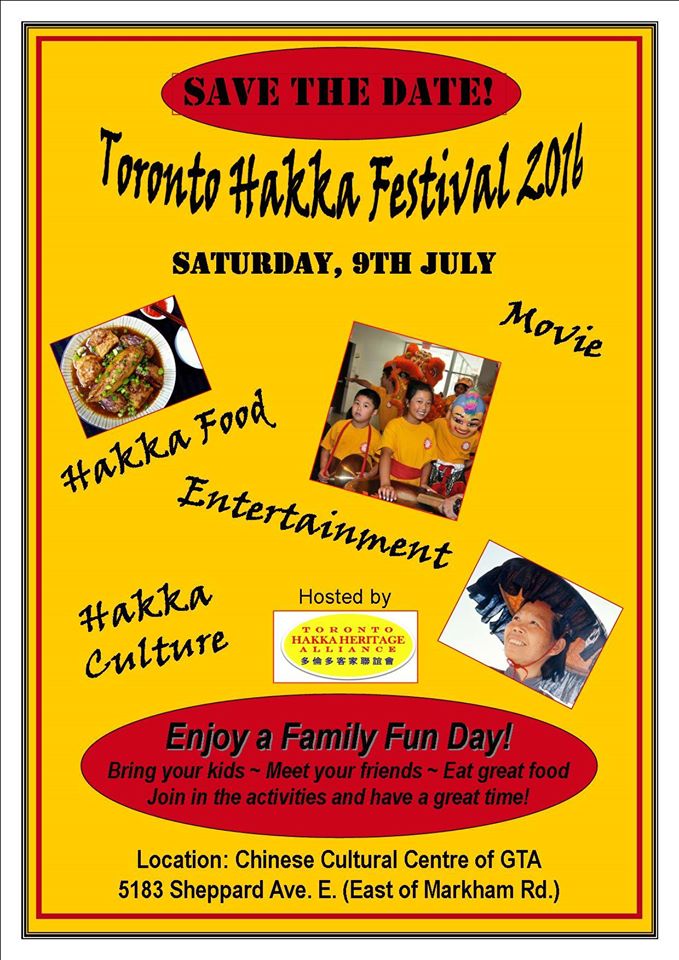 The Conference registration fee is $100 and includes a light lunch for both days July 1-3. It will be primarily in English. A list of speakers and their topics is on: http://torontohakkaconference.com/program/. 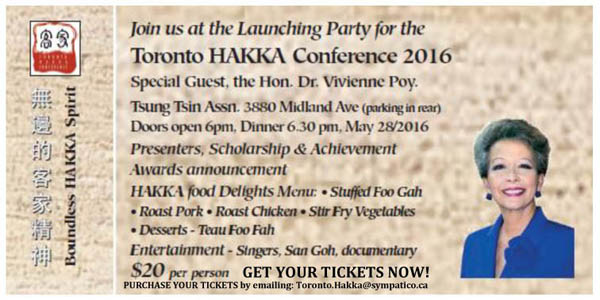 If you go, please let us know how they intend to build global consciousness and unite humanity as one family.

Thanks to the Hong Kong Tourism Board for our featured image of a Hong Kong Hakka villager.