Official flag-raisings in Toronto are a great place to meet people from specific countries and regions. You can find out about them at the Toronto Protocol Office: http://bit.ly/1pPIv5d . For example, in June, at Toronto City Hall, it will be Portugal at 12:30pm on the 8th, Philippines at 8am on the 12th, UNHCR – World Refugee Day on the 20th with no ceremony, and National Aboriginal Day June 21 with a Sunrise Ceremony at 5:30am. On the 24st, Slovenia will be at 11am and on the 30th Congo will be at 11:30am. 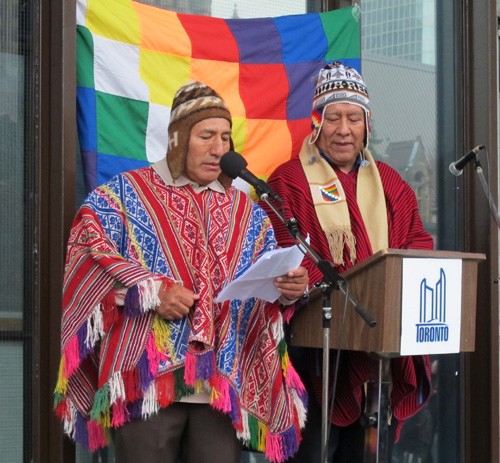 Are these open to the public? Well first of all, the courtesy flag pole on the podium roof where country representatives raise their flag is public. Anyone can go there. Just go up the ramp on the east side of the City Hall near Bay Street.  If there’s a reception involved, the reception might not be opened to the public. However, without asking permission, I have enjoyed a dance performance (Wiphala) and been invited to a meal just by showing up. I had nothing besides a newspaper announcement about the Aboriginal flag-raising. There, participants are purified and given a token symbolic strawberry in addition to a chance to say a few words.

If the flag of your heritage nation or region is being raised, I am quite sure you will be especially welcomed to see it proudly flying.

Our Blogs about what happened at some flag-raisings: 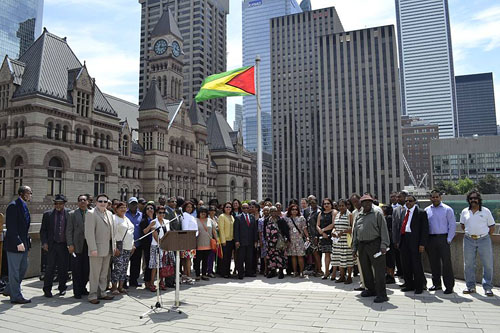