689. Searching for Multicultural Ireland in Ireland – 2016

I just returned from a delightful couple of weeks looking for different cultures in Ireland. While English dominated,  we found that the Gaelic or Irish language was still alive and thriving in some parts. It is one of the official national languages. While I didn’t survey the whole country of course, we did discover that County Galway and its Aran Islands had a lot of Gaelic. While we saw Gaelic television in Ireland’s capital Dublin and movies in that language on Aer Lingus airline which flew us across the Atlantic ocean, it was mainly in Galway where we found many people speaking to each other in that soft melodic tongue. 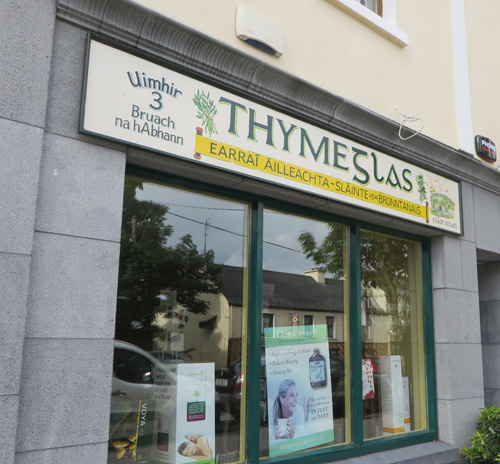 In County Galway, we had a little trouble getting around because a great number of street and store signs were predominantly in Gaelic. But we did find signs that the Gaelic world was not pure. In our B&B on Inishmore along with a cow-hide drum and a harp of Tara, I found an ancient-looking stringed musical instrument to add to my collection. It turned out to be a ducimer from the Appalachian Mountains in the U.S. 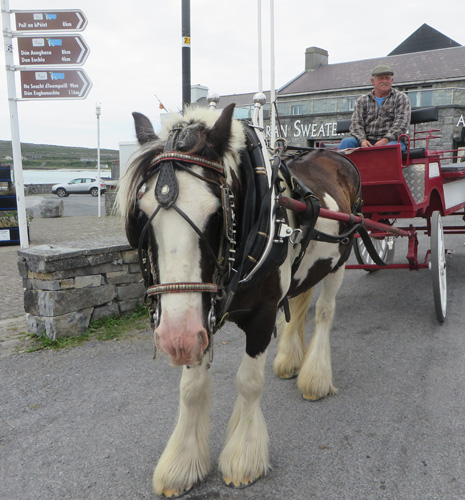 When we took a horse cart ride to see the mysterious 3000 year old UNESCO World Heritage site Dun Aonghasa, a horse named “Johnny Cash” pulled us. Our driver said that only old people now organize ceilis or parties with traditional music and dancing. Ceilis are dieing out. But we have a lot of ceilis in Toronto.

In Ireland, traditional Irish music seems to be alive mainly in pubs frequented by tourists. One person told us there are more people of Irish heritage outside of Ireland than in Ireland.  Judging by our annual St. Patrick’s Day parade, a lot of them are in Ontario. And I only saw one of those fancy Celtic dancing dresses during our visit to the country, I’ve seen a dozen of them in Toronto. (Get a list of Irish events in and near the GTA from moleary2001@rogers.com.)

Major tourist attractions were full of people from all over the world. We did find Chinese, Indian and Turkish restaurants and met one Canadian who had emigrated to Ireland because she fell for a guy with an Irish accent. And we also met a family from Dalian, China. Both parents were working as accountants and making Dublin their home because Irish people were friendly and it was a good place to bring up their children. And then there were the five Brazilians working in our hotel restaurant in Dublin. A multicultural Ireland just might happen someday.

And so back to multicultural Toronto.  Sorry I missed telling you about some of our favourite summer festivals. Keep reading.