2. Emancipation Day/Simcoe Day. Fort York. Monday, August 4. 1pm. Free. John Graves Simcoe was lieutenant-governor of the Province of Upper Canada (now Ontario). During his tenure, he abolished slavery here in 1793 before it was completely abolished by the Slavery Abolition Act in Britain.
3. Freedom Tour and Picnic = August (tbd). For up to date details, contact the OBHS office at 416-867-9420 or monitor its Facebook site. 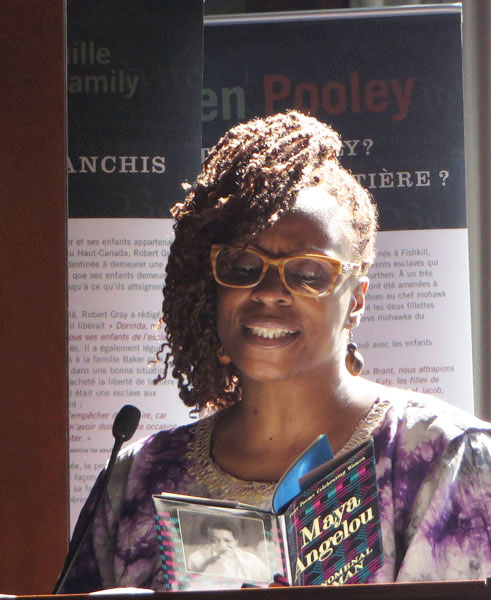 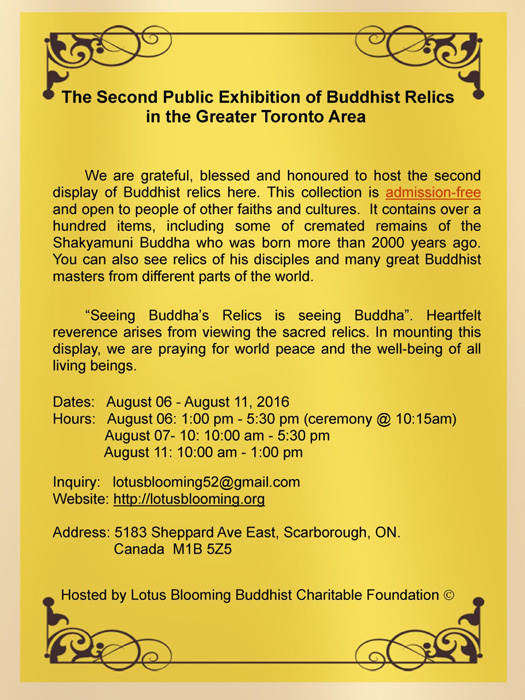 Greek and Multicultural. 23rd Annual Krinos Taste of the Danforth. Friday, August 5, 6 pm-midnight; Saturday, August 6, noon-midnight; Sunday, August 7, noon-8 pm. Danforth Avenue (between Broadview and Pape Avenues). Free. This is one of our largest and most popular street fairs. It is set in a neighbourhood of many Greek restaurants but like many of our ethnic neighbourhoods, it is multicultural. For Greek music and dancing, look for its Greek stage. “Try to be Greek” by smashing plates in the old tradition, learn the Greek dance Zorba, and meet some gods from Mount Olympus. 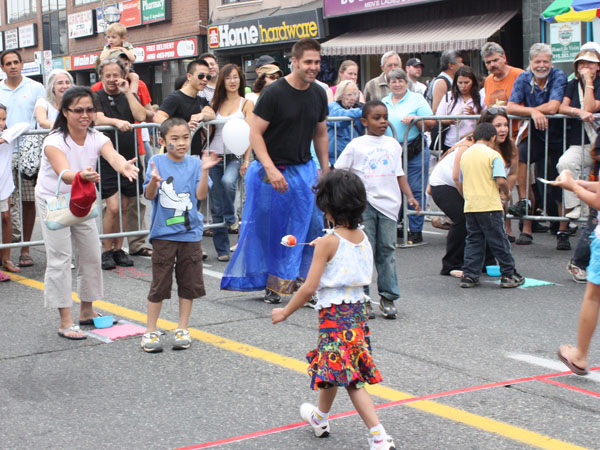 Image of children’s event from a previous Taste of the Danforth. Copyright ©2016 Ruth Lor Malloy 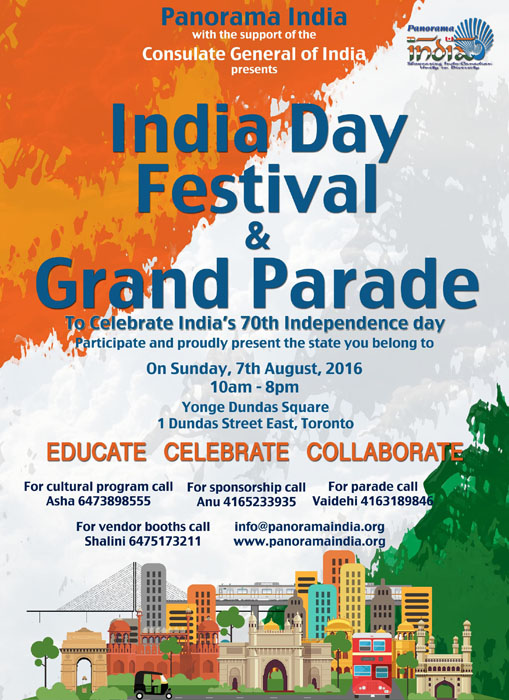 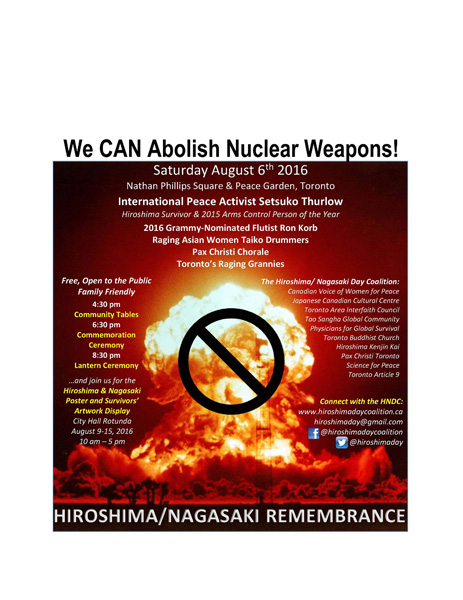 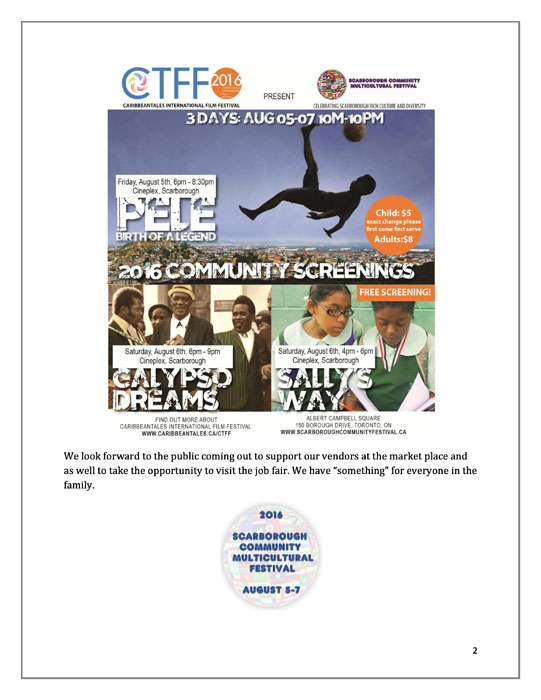 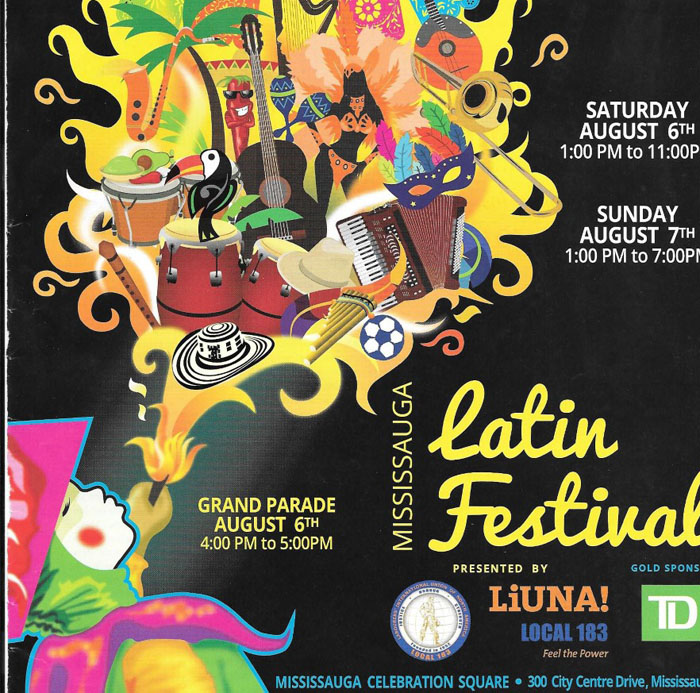 Multi-denominational Christian. Voices of the Nations.  Saturday, August 6. Free. Yonge-Dundas Square. For its problem getting a permit, see: http://bit.ly/1Q4rCRp. For its YouTube video: http://bit.ly/29ZBduw. For performers: http://voicesofthenations.com/artists/.

Image Nema Children’s Choir from Voices of the Nations.

Multinational: Country flags are raised on GTA’s courtesy flag poles at city hall and civic centres. On August 6, the Bolivian flag will fly at 10:30am at Toronto City Hall and the Jamaican flag at North York Civic Centre at 11am. Our municipal buildings are public. Anyone can watch these flag-raisings.  For information about the dates of flag raising of other countries, see: http://bit.ly/NhPcLr. 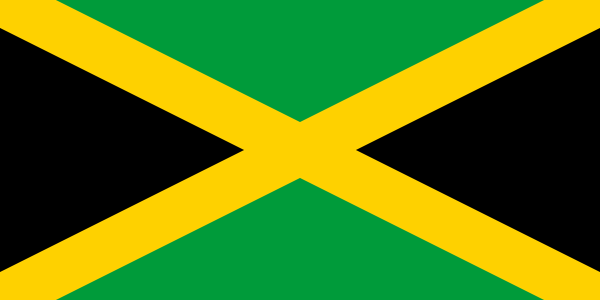 Our apologies to some of our subscribers who received up to six notifications about some of our previous blogs. We are trying to solve this problem.  If you have any clues on how to do so, please let us know at ruthlormalloy@gmail.com.  In the meantime, you could try to follow us on Twitter.com/torontomulticul or just delete all but one of the notices. Thanks for understanding. Ruth.