Fund-raiser for a Hungarian family who lived in sanctuary in two Toronto churches for nearly three years after losing their refugee claim. They said their lawyer had not properly represented them at their asylum hearing but Canada deported them in December, 2014. Our new government however, allowed them  back into Canada on June 23, 2016. See: http://bit.ly/2ah7XjE

For CBC’s Matt Galloway’s piece on the situation, see: http://bit.ly/2amEfEq

On August 2, the Windermere United Church where the Pusuma family lived for 18 months has organized a fundraiser for this family at 7pm, 456 Windermere Avenue. Tickets cost $25. Performers will be Elena Juatco, Adrian Marchuk, Thom Allison and Alana Hibbert. For tickets, www.webber.brownpapertickets.ca. 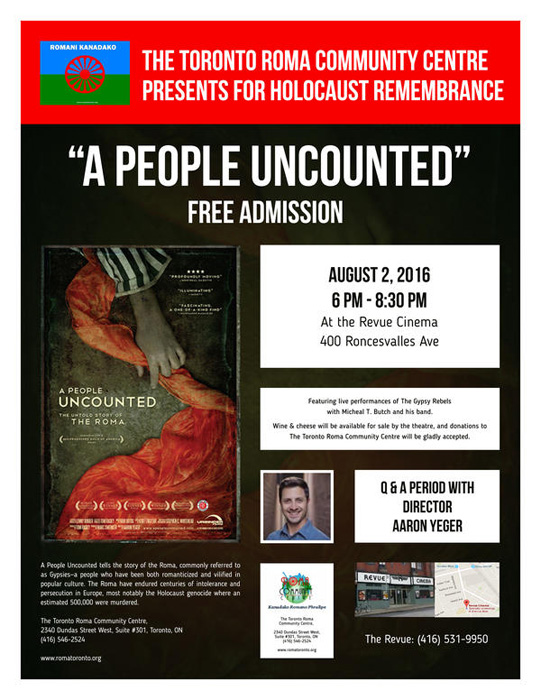 Both of these Roma events are on at the same time, unfortunately. The Canadian Romani Alliance is trying to get the government to recognize August 2 as the annual commemorative date of the Roma Genocide during WW2. “On August 2nd 1944, the last remaining 2897 Roma and Sinti, including the elderly and children, imprisoned in the so-called Zigeunerlager or “Gypsy Camp” were murdered in the gas chambers at Auschwitz-Birkenau. By latest estimates, at least half the entire Roma and Sinti population of European Roma amounting to an estimated 500,000 Roma were killed by the Nazis and their collaborators during World War II.”

Both events are fund-raisers.