I just spent a week in the province of Guizhou in southwest China. It’s a region of  mountains, rice terraces and tiny dilapidated but charming villages. Low-hung clouds turned many landscape views into living Chinese paintings for us. 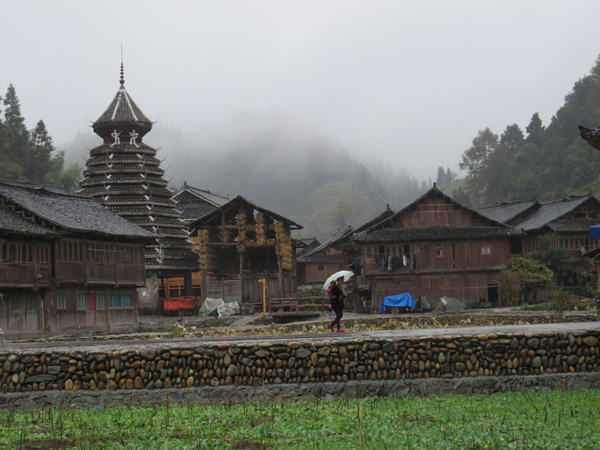 China officially has 55 ethnic minorities. Guizhou has 11 of these distinct cultural groups. The Dong fascinated me the most because of their multi-tiered drum towers that are used as community centres. As we drove along superhighways, we could easily tell which villages were Dong. When we explored a couple of villages on our own, we looked to the tall towers to keep us from getting lost in the helter-skelter of wooden houses. 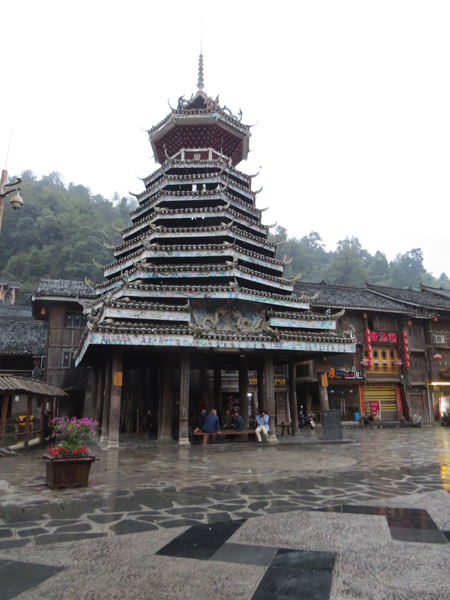 Some of the larger Dong communities are now tourist towns, aimed mainly at the domestic but hopefully the foreign tourist market. The provincial government has been sending teams of experts to teach local rice farmers to grow vegetables. They have been encouraging them to convert their homes into restaurants and boutique hotels. The teams are showing them how to make beds, clean toilets, and keep accounts. As far as we, a group of North American travel writers could see, they have succeeded very well. 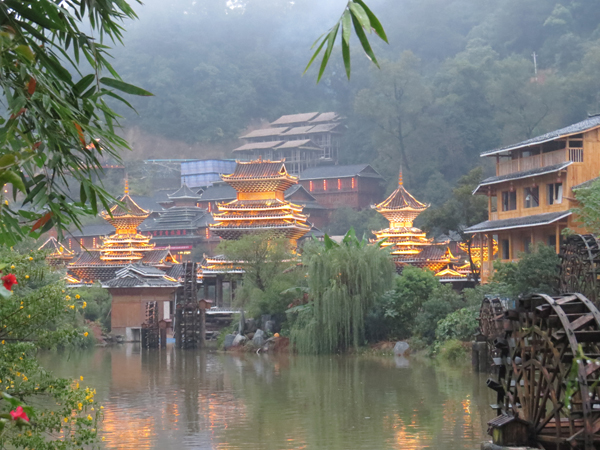 We stayed overnight at a charming hotel in Zhaoxing. With its stores, handicrafts and plethora of tiny hotels all built in the old architectural style, Zhaoxing almost looked like a theme park. It had more than one drum tower; in fact, its many drum towers were painted after dark with gold lights and looked stunning.

Dancers performed in front of pictures of drum tower. There was no mistaking that we were in a Dong community. 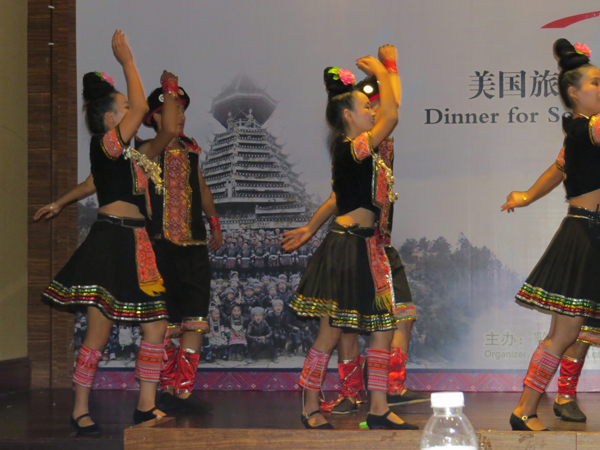 As we drove through the region, we passed modern-looking towns with new high rise condos and office buildings. Some of the newer structures like the stadiums, schools and bridges were decorated with drum towers. The  pagoda-like buildings were like flags. There was no mistaking where we were.

I thought about Toronto. Was there anything distinctive that could identify our city besides the CN Tower? I guess our clam-shell city hall could play that role too.

But what about our First Nations? Many gatherings now open with an acknowledgment that the land we are on belongs to the Mississaugas of the New Credit First Nation. But is this fact reflected in any of our street art and our architecture?

We have two totem poles but they are not indigenous to eastern Canada even. We have a long house and sweat lodge but they are not very public. I haven’t been able to find any statues representing the Mississaugas.

It is true that we have a few aboriginal street signs and the Ogimaa Mikana group is trying to put up more. We would have too put up a lot of them to show that the Mississaugas of the New Credit First Nations is a basic part of our city? 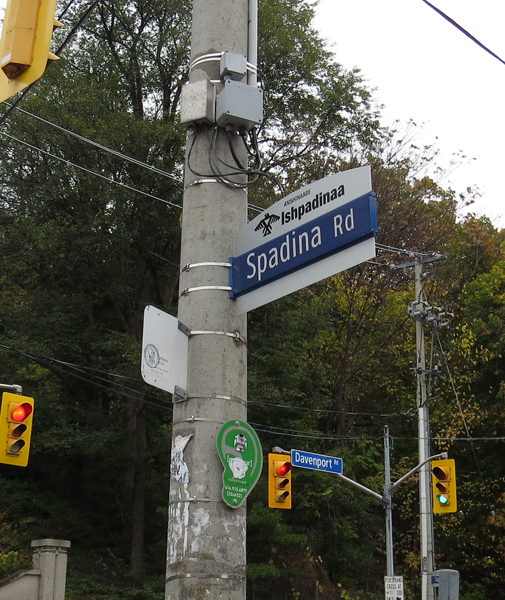 Maybe it’s time to redesign our city flag. It was last done in 1974. What do you think?

For more about the beautiful drum towers in China, see: https://travelcathay.com/2014/04/10/dong-drum-tower/

My trip to Guizhou was hosted by the Guizhou Tourism Administration, China. Thanks Guizhou.