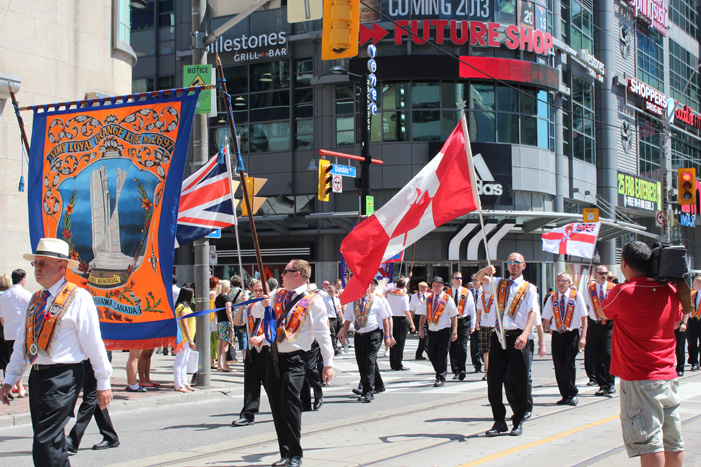 This parade comes with a lot of history reaching back to 17th Century Europe. The Orange Order is a Protestant fraternal organization based in Northern Ireland and Scotland. Its inspiration goes back to William, Prince of Orange, Holland who went to England to defend the cause of Protestantism in 1688. It has had lodges in Canada since 1812 and Toronto’s parade appears to be the longest continually running parade in North America. It started in 1820.

Wrote Donald Guy in response to our query, “The parade is this Saturday, July 8. We will be lining up in Moss Park near the armoury and leaving at 11am. The parade will travel west on Queen St. to Bay Street, North on Bay to College East College to Yonge St. South on Yonge to Shutter St. East on Shutter and back to the park.” Moss Park Armoury is at 130 Queen St E,