Recently Toronto has been associated with a few of the world’s mass murders, but maybe there’s some indications of hope.

Earlier this month, the Nobel Peace Prize 2017 was awarded to the International Campaign to Abolish Nuclear Weapons (ICAN) “for its work to draw attention to the catastrophic humanitarian consequences of any use of nuclear weapons and for its ground-breaking efforts to achieve a treaty-based prohibition of such weapons”.

Setsuko Thurlow of Toronto, a survivor at age 13 of the Hiroshima bombing has been active in the anti-nuclear campaign. She will be one of two people who will accept the award in Norway in December.  Toronto will be on the world stage. 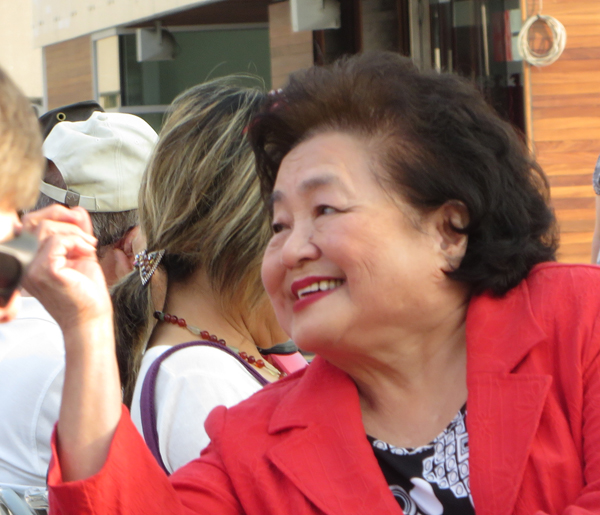 On October 26 this year, the Ontario Government proclaimed December 13th as Nanjing Massacre Commemorative Day because “200,000 Chinese civilians and soldiers alike were indiscriminately killed in the Japanese capture of the city.” (http://ontla.on.ca/web/bills/bills_detail.do?locale=en&Intranet=&BillID=4459). So far, we haven’t heard of any related events on this subject but it is a Toronto story with controversial results: https://www.thestar.com/news/queenspark/2017/10/27/mpps-unanimously-pass-motion-to-commemorate-victims-of-nanjing-massacre.html.

In 1932-1933, Russia’s Joseph Stalin’s policies to deprive Ukrainians of food killed an estimated 2.4 million to 20 million people. Figures differ. On 9 April 2009, the Province of Ontario in Queen’s Park unanimously passed bill 147, The Holodomor Memorial Day Act, which calls for the fourth Saturday in November to be a day of remembrance…”

In May this year, Mayor Tory joined Toronto’s Ukrainian community to break ground for the Holodomor Memorial at Exhibition Place. For more information on Ukrainian events in Toronto: https://ucctoronto.ca/wp-content/uploads/2014/09/Community-Calendar.pdf. Among these is November 25, a Holodomor Commemoration. 4-5pm. Ukrainian Orthodox Church of St. Demetrius, 3338 Lake Shore Blvd. West, Etobicoke. 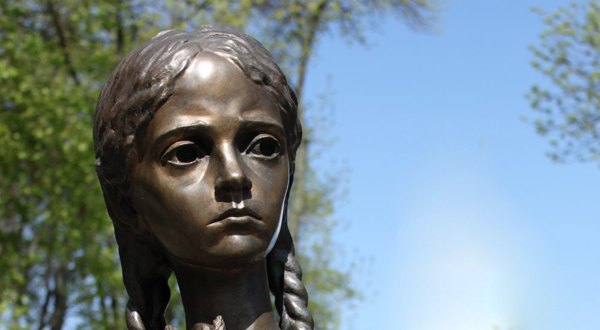 Image of Holodomor Memorial from https://ucctoronto.ca/projects/holodomor-memorial-project-toronto

During November 2 to 9, the Sarah & Chaim Neuberger Holocaust Education Centre will have commemorative events that include “a thought provoking Discussion with Niklas Frank, son of the notorious Governor General of Nazi-occupied Poland, Hans Frank…”, and Reparations/Provenance/Restitution. See: http://holocaustcentre.com/HEW. The week will close with a presentation by Danielle Spera, Director of the Jewish Museum Vienna, and candle lighting marking the 79th anniversary of the Kristallnacht pogrom. Most but not all of these events are free.

The Noor Cultural Centre has a film screening of Free Men, which “recounts the largely untold story of the role that Algerian and other North African Muslims in Paris played in the French resistance, and as rescuers of Jews, during the German occupation.  Jews and members of the Resistance were hidden in the cellars of Paris’ principal mosque while, at ground level, Nazi occupiers were admiring Islamic art… “. Saturday, November 4, 7:30pm. Free. http://www.noorculturalcentre.ca/?p=16293 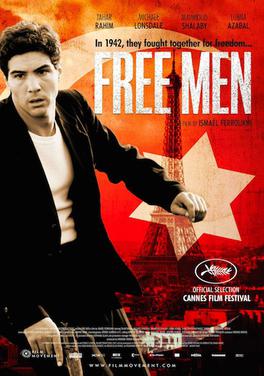 Miles Nadal Jewish Community Centre’s programs includes a panel discussion that “explores the LGBTQ+ experiences in the Holocaust and where we are today with the ongoing persecution of this community around the world”: http://mnjcc.org/196-mnjcc/featured-events/944-neuberger-holocaust-education-week. 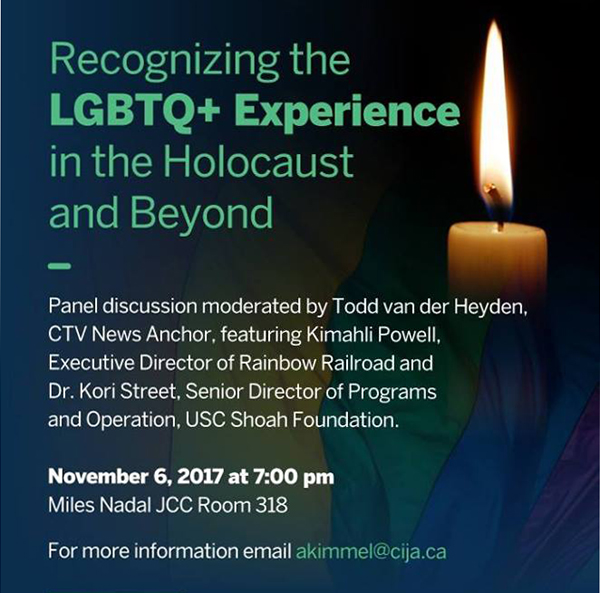 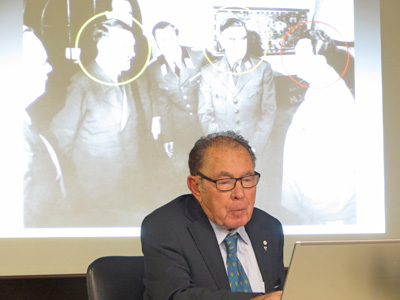 “The literary collage Hate is a Failure of Imagination is a testament to the power of imagination and to the profound love and humanity of the artists who were imprisoned in the ghetto and concentration camp Theresienstadt in German-occupied Czechoslovakia. Narrator Gregorij von Leitis will read various texts by artists who were imprisoned there and have defied hate with a powerful offensive of imagination.“ https://www.goethe.de/ins/ca/en/sta/tor/ver.cfm?fuseaction=events.detail&event_id=21074776 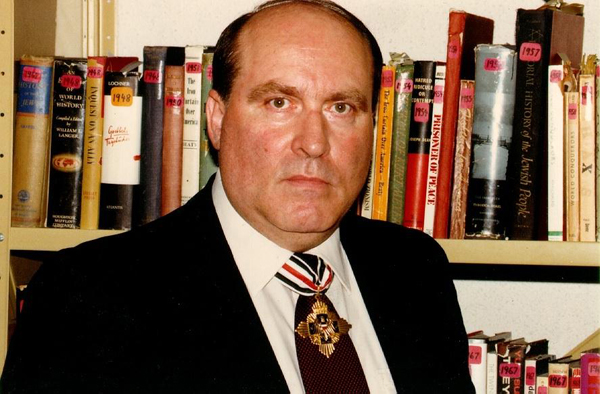 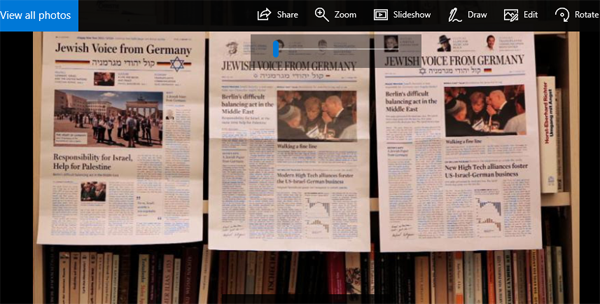 From 800 to 1066 C.E. The Vikings raided and conquered communities in Britain and western Europe. The Royal Ontario Museum’s next major exhibition is on the Vikings, November 4 to April 2. $21-$32.

Among its related events is Viking Body Art & Adornment. Friday, November 3 at 6pm. We mentioned this because it’s free and gives a different slant on Vikings. RSVP required. ROM Admission is not included. “Painstaking research by pioneering Danish body artist Erik Reime has allowed him to resurrect the swirling lines, rune-inspired motifs and power animals of the Nordic body art tradition.” http://www.rom.on.ca/en/vikings.

Here’s yet another perspective on the human condition. 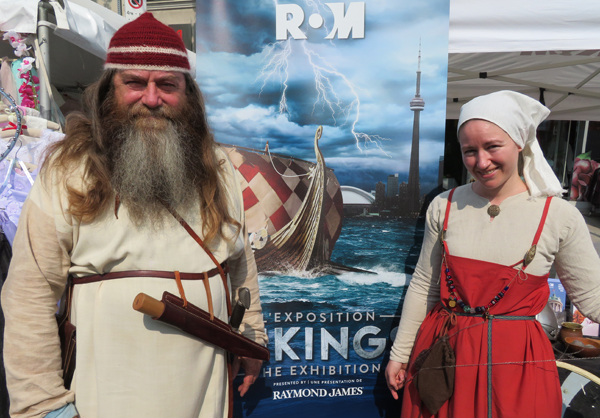