214. Orthodox Feast of the Nativity January 6 and 7 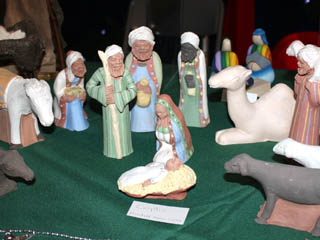 Last year about this time, I tried to learn more about the Orthodox Christmas in January. My friend Helene said there was no such event. January 6 and 7 is the Feast of the Nativity. In the process of researching, I learned more about Helene’s fascinating life in Coptic Egypt, Ethiopia and Canada.

This year, I happened to be at my cousin’s annual Christmas eve party. I had met Nick many times there before but had never really talked with him. His wife had died the year before and he was sitting alone.

Nick was always quiet and shy. This time, he told me he was Russian from the Ukraine. Here was an opportunity to learn about the Russian Feast of the Nativity, I thought. But alas for me, he had been brought up in Communist times there. Religion was forbidden. He went on to tell me how he escaped from his homeland, traveled through a war-ravished Europe I had only known as a tourist, and came to Canada. It was a fascinating story of hardship and resilience. 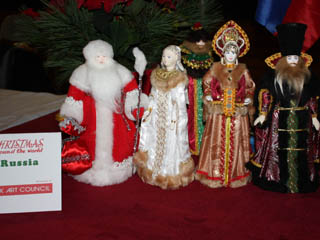 Back home, I tried to find out more about the Feast of the Nativity. The Web gave too much information. Then I asked a friend from Romania if she knew of someone who could tell me about the Romanian Orthodox celebration. She introduced me to Michaela.

Michaela said that religion had been controlled in her native Romania. Most churches were open with priests paying lip service to the “beloved leader.” Since coming to Canada, she has been trying out a Greek Orthodox church for quite a few years. She explained about the Julian and Gregorian calendars. Her Greek church still follows the older Julian calendar.

Prior to January 6, the whole family follows a strict dietary fast for seven weeks. “We are supposed to eat as little as possible to clean the slate, to break the routine, to make a sacrifice, and curb our animal nature,” she said. “On the eve of the Nativity, we go to church from midnight to three for Nativity Liturgy. Then we come home, snack, and go to bed. On January 7, we have a late lunch or dinner together.”

“We do not say ‘Merry Christmas.’ Those words don’t say much about the event. We say ‘Christ is born. Glorify him.’ This is a mystical, meaningful thing. We don’t have a tree in our tradition. That came from pagan worship.”

Michaela wasn’t sure where she would be spending New Year’s eve. Her church has a service centred on forgiveness and the cleansing of the spirit then. The Holy Unction is one of its major rites. Worshippers are anointed with consecrated oil. But one of her parents is Jewish. She is also exploring that side of her heritage. “Mine is a complicated case,” she said. “I also go to a synagogue. It depends on how the spirit moves me. I am trying to fill a gap.”

We were talking on the telephone but I felt a connection with her when she mentioned her spiritual struggle. Many of us have spiritual struggles. Nick spoke of a physical struggle, of life and death. I could feel his pain. We all belong to a community. You can feel it too if you ask the right questions.

Later this week, I hope to attend an Ethiopian Orthodox Nativity service. I’ll post a blog about it. But I’m hoping to hear about your experiences too.