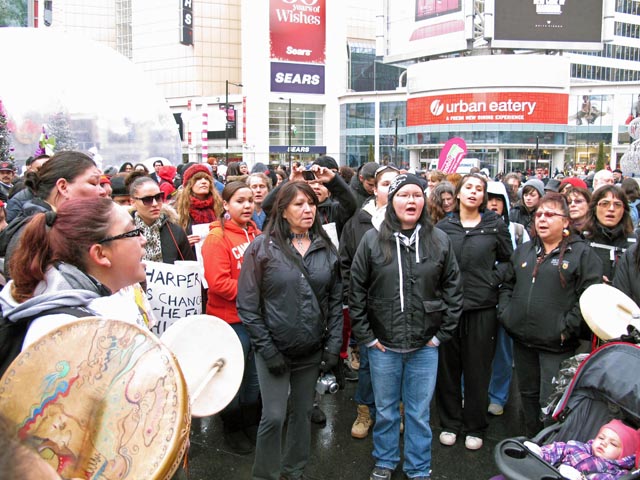 About one thousand First Nations demonstrators gathered under the banner “Idle No More” yesterday at noon hour in Yonge-Dundas Square. They were drawing attention to the injustice “Indigenous peoples, land and waters are encountering through the unilateral imposition of legislative policies that blatantly disregard our Natural Laws and the sacred Treaty relationship.” Copyright ©2012 Ruth Lor Malloy 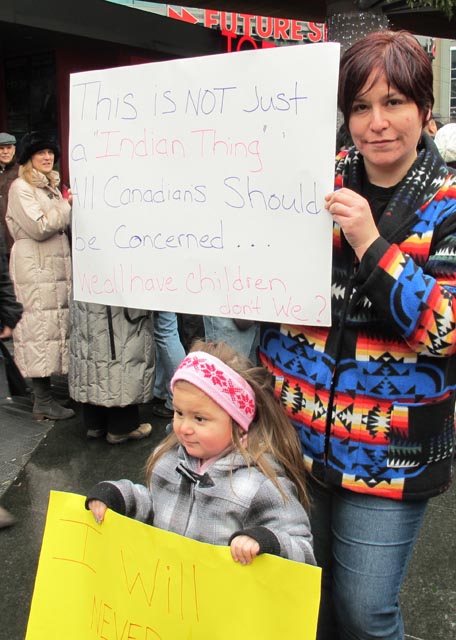 The atmosphere in the Square was cheerful and full of camaraderie as workers on their lunch hour, mothers and children, and visitors to Toronto held signs, shouted slogans, danced and pounded drums. They were part of a nation-wide movement that included a huge protest the same day in Ottawa. Copyright ©2012 Ruth Lor Malloy 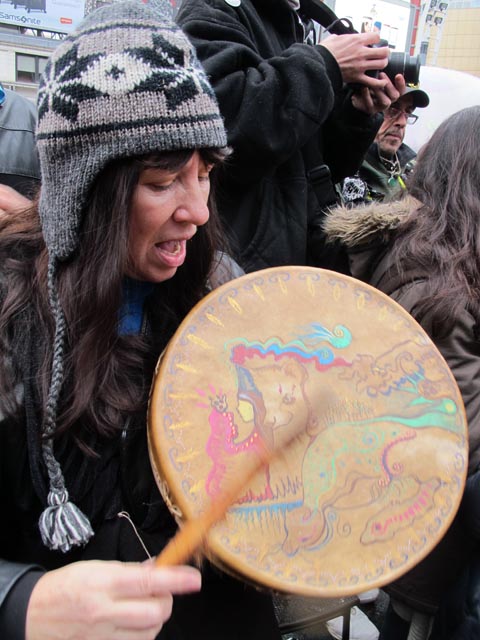 Drumming expresses the heartbeat of Mother Earth. The songs are prayers. They were opposing Bill C-45. Kathy Elliott from the Mi’kmaq Nation said, “My folks are in Nova Scotia out in the streets too, blocking the highways to make their concerns known. I’m here to support everyone in Turtle Island and I mean everyone. If we’re going to have a parliament that does things right, we have to keep parliament in check. “Turtle Island” is the Aboriginal name for North America.” Copyright ©2012 Ruth Lor Malloy 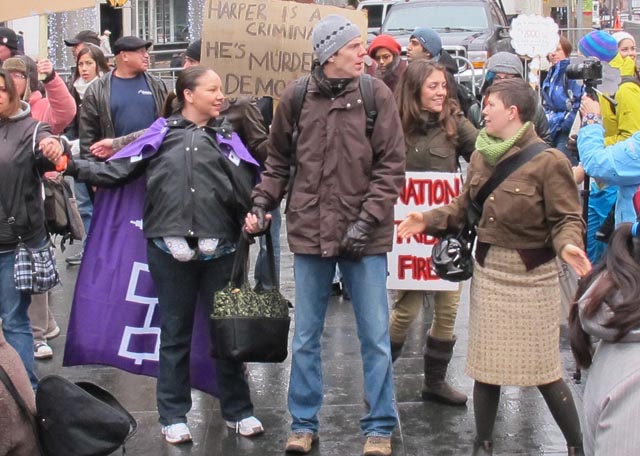 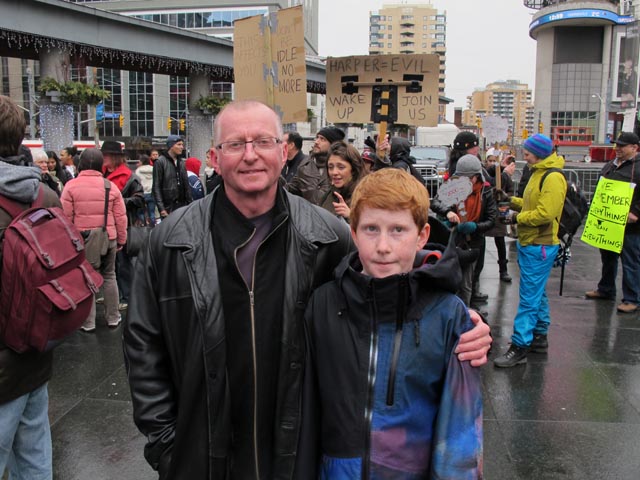 The Crittenden family of Toronto, father and son, were attracted to the demonstration out of curiosity. When they realized what it was about, Crittenden senior was “happy to show our support to this cause. I’m descended from the people who were responsible for all the oppression over the years. I am conscious of the residential schools…” Copyright ©2012 Ruth Lor Malloy 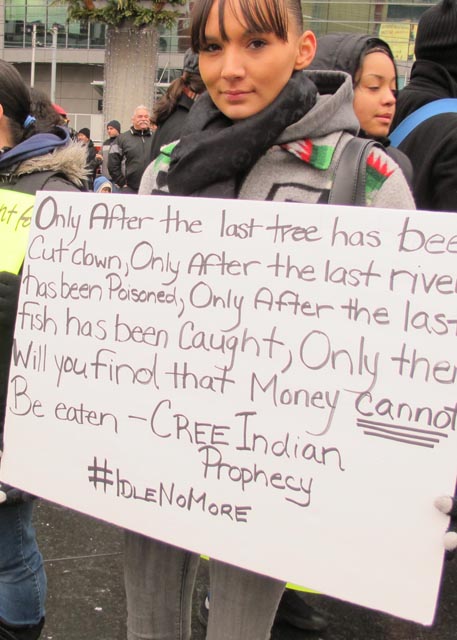 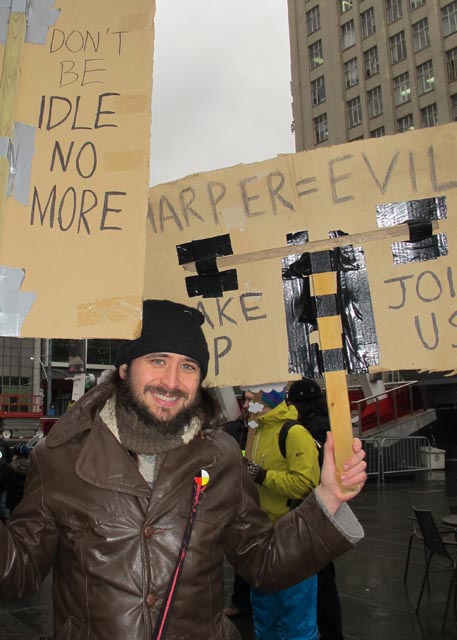 Because of a misunderstanding, I arrived too late to see the Flash Mob Dance. You can view this amazing event shot from above the intersection of Yonge and Dundas West at: http://www.youtube.com/watch?v=PHEUghzYe3Y&feature=youtu.be .

Update in 2017: Idle No More is still active. On December 21, it had a rally in Yonge-Dundas Square. 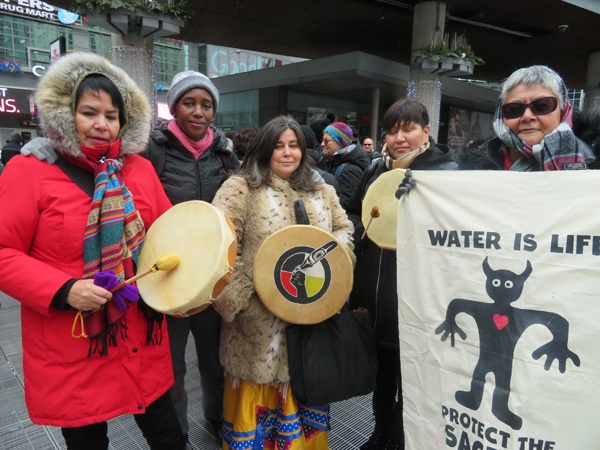