Levees have been a Canadian New Year tradition for hundreds of years. Toronto started them in 1968 to give citizens an opportunity to meet their leaders and exchange New Year’s greetings. When Toronto’s Mayor Ford tried to cancel this year’s levee, he found that he couldn’t. The public didn’t want to stop the custom. 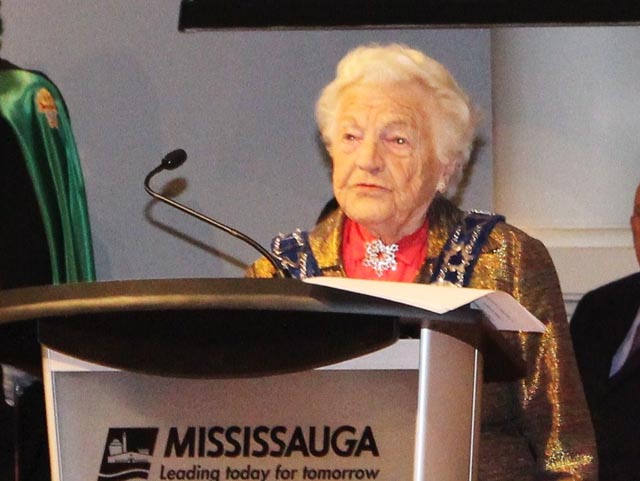 This year I went to the 33rd annual mayor’s levee in Mississauga, where 92-year old Hazel Mccallion is mayor. What an inspiration she is. She talked about her city with no pot holes, and up-to-date bridges. (Toronto’s Gardiner Expressway is falling apart and the streets are full of pot holes.) She spoke of future plans like no littering. 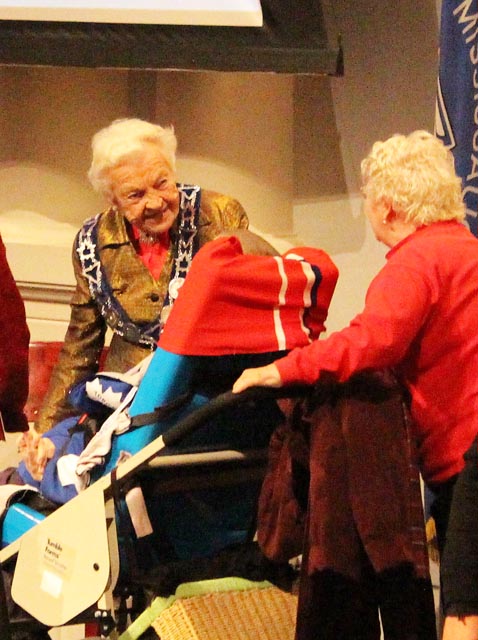 She was so convincing that she had me wanting to move to Mississauga. She then shook hands with several hundred people  and invited us all to free pizza. 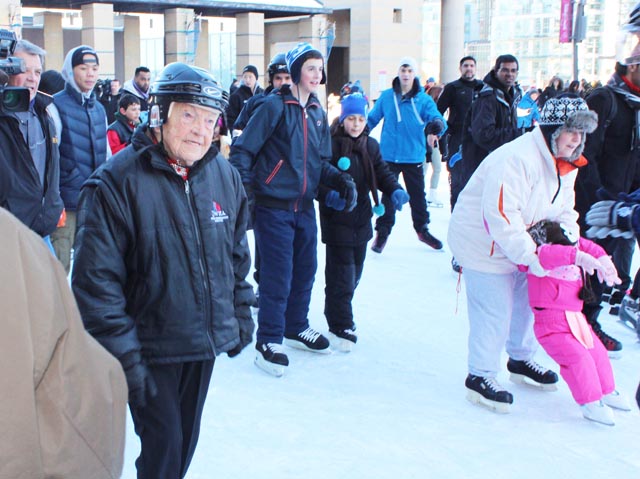 Afterwards, she went outdoors to skate in the city’s rink. She was amazing. She whizzed in and out of the other people, a safety helmet on her head. Television cameramen had a hard time keeping up with her. Mayor Mccallion is indeed a Toronto icon. Enthusiastic levees Mccallion-style should be the norm.