373. A Buddha’s Birthday Feast with Bacon. 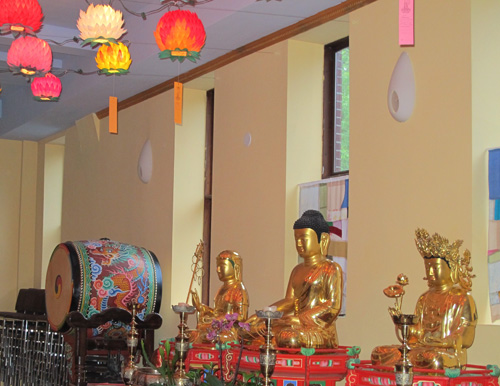 It happened at the Zen Buddhist Temple on Vaughan Road in Toronto last week. The occasion was Buddha’s birthday. “In the Buddhist culture, today is everyone’s birthday since all beings are originally buddhas,” read the invitation.

I wasn’t sure what to expect. I had heard that this temple was founded by a Korean monk so I thought there would be Korean food. The food turned out to be Chinese, cooked by a talented crew of volunteers originally from Hong Kong. And that was just the beginning of the surprises. 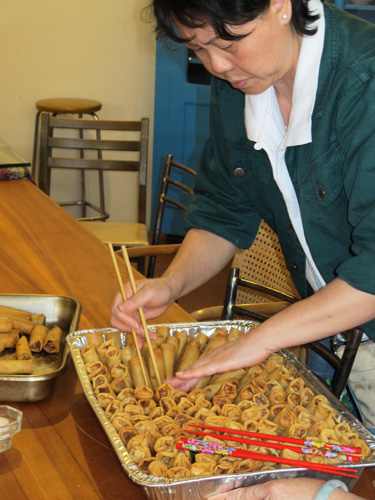 Of course it was vegetarian. Though some Buddhists eat meat, most prefer not to, and certainly not in a Buddhist temple. The crew cooked vegetarian spring rolls. 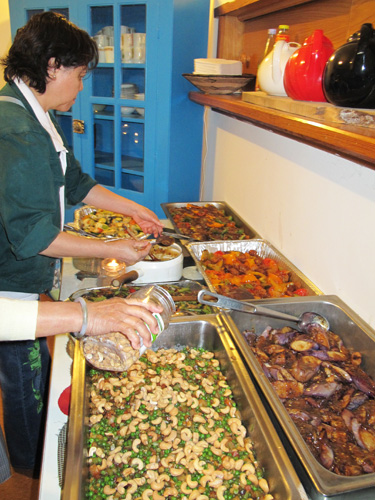 The buffet included sweet and sour vegetable balls, stuffed sweet peppers, egg plant, and fried noodles. The cashews and peas were fantastic. It was all very tasty.

I sat beside a charming atheist who attended services weekly. He said he felt comfortable in this temple. Buddhism wasn’t a religion, he said, at least not this sect. It was a system of ethical practices. He was so interesting, I didn’t get a chance to talk with many of the other 60 or so people there. 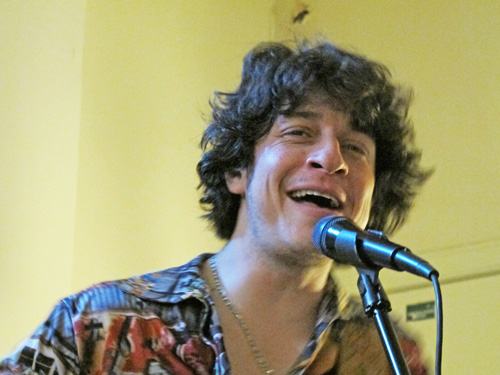 The musical entertainment started with Jay and his friend Sharon singing “What a Wonderful World” and the Cuban “Guantanamera.” Jay is Mexican and he brought an unexpected lively beat to the evening. Two people got up and danced. Their son Jarvin did what looked like a hip hop dance. 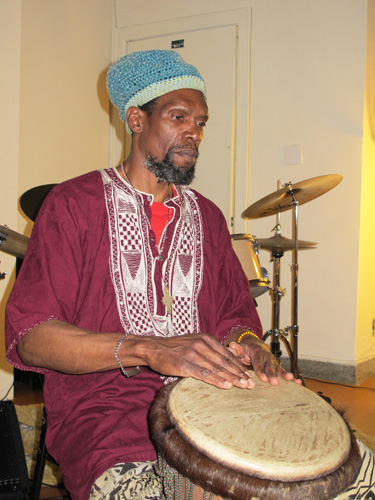 Collin Edwards told me he was of Jamaican heritage, born in Germany. He was wearing a Ghanain tunic decorated with an Ethiopian cross. He sang Bob Marley’s infectious “One Love.” The multiculturalism was getting thick. 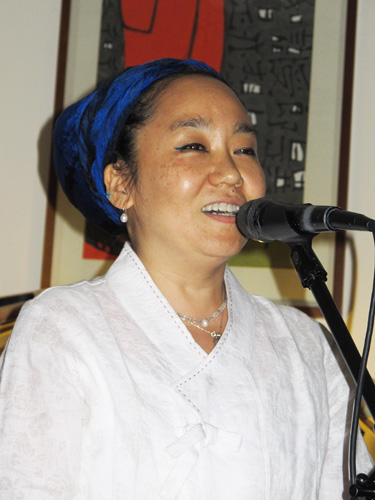 Tai Kim sang Korean folk songs beautifully. I looked up her website later and discovered she was also a talented artist. Of course, we also sang “Happy Birthday” to Buddha. Jarvin grabbed the mic and added a “cha-cha” beat. Then the eight-year old clung to the mic and started rapping “I like eating bacon,” and “juicy bacon,” over and over again. He went on for about a minute, apparently enjoying his revolt. His mother looked embarrassed at this affront to the vegetarians. I thought their acceptance and generous applause was great. 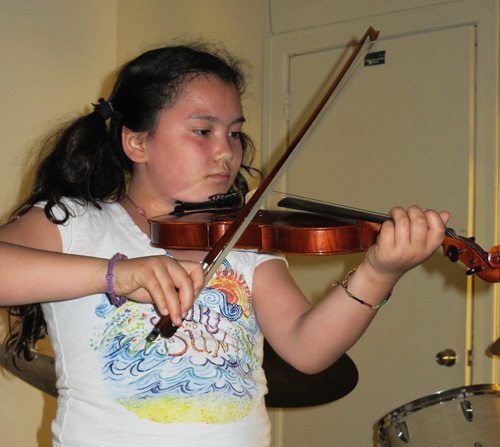 Then Tai Kim’s daughter Miru played the Christian hymn “Amazing Grace” on her violin. Here was music from yet another culture. It was an unintentional symbolic end to the celebrations. I left for home feeling so good I wanted to visit this temple again. The birthday party was far from the expected serious, sober affair. It was wonderful. I expect its meditation must be special too.

For more interesting free or nearly-free opportunities, visit: www.torontomulticulturalcalendar.com or twitter.com/torontomulticul. Please tell us about your multicultural adventures. E-mail Ruth at ruthlormalloy@gmail.com .