436. Roma-Rising Exhibit at Church of the Holy Trinity 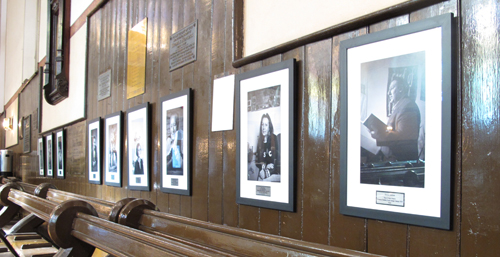 If you’re downtown this month near the Eaton Centre, you might see some important pictures. The Church of the Holy Trinity, next door to the west, has an exhibition of 24 portraits of Canadian Roma people who are in middle- and professional-class occupations in Canada.

At least 50% of the subjects were former refugee claimants, says Gina Csanyi-Robah, Executive Director of the Roma Community Centre, which organized the show. The people portrayed are examples of what Roma people can do when given the opportunity.

As you might know, Roma people, also called Gypsies, are considered “unassimilable” in some European countries, the object of hate crimes, and discriminatory restrictions.  Many people think of them only as itinerant peddlers. 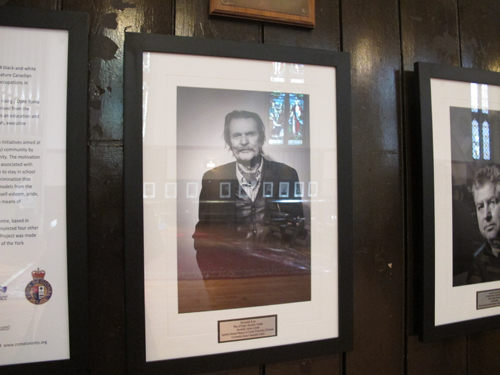 But Ronald Lee is an author, a translator of English-Romani and Romani-English dictionaries, and a former University of Toronto lecturer on Romani studies. I’m sorry my picture of Ronald Lee doesn’t do justice to Wyatt’s portrait. Reflections in the church are interesting but distracting. So to see it at its best, you have to go to the church. 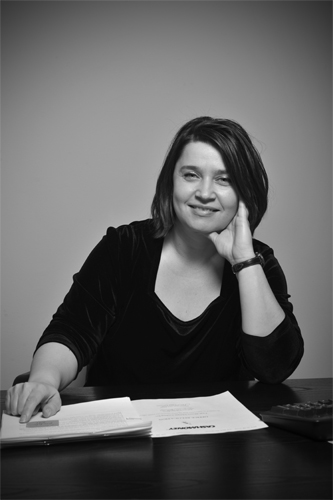 Fortunately photographer Chad Wyatt sent me direct copies of his other photos so you can see them better.   Erika Horvath from Hungary is a Councillor, Business Improvement Association. 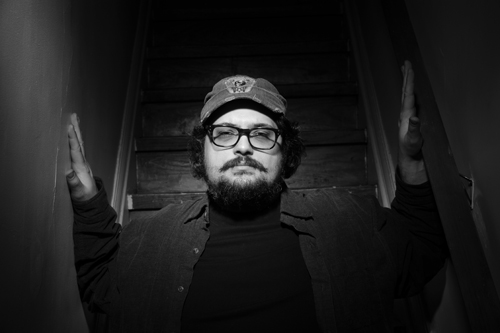 David Balazs Beleznay has a Master of Arts from York and is now a film maker. 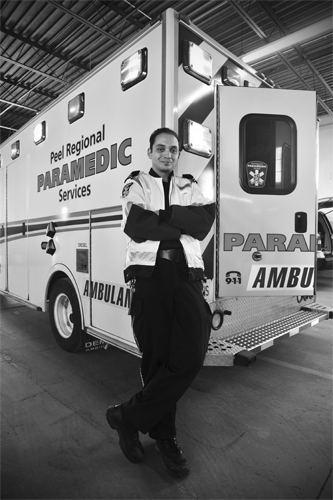 Alois David Horvath from the Czech Republic is a paramedic, a graduate of Sheridan College.

Writes Csanyi-Robah: “The heart of the Project is to encourage Romani youth to stay in school and to use education to transcend the barriers of prejudice, racism, and discrimination that impact their lives. It is imperative to introduce young Roma to positive role models from the community and stories of individual successes as a means to cultivate hope, self-esteem, pride, and leadership skills.”

The exhibition is open 11-3 pm, Monday to Friday until the end of December.

When I was there, several noisy street people were warming themselves inside. The street people reminded me that the Roma were not the only people needing help to cultivate “hope, self-esteem, pride, and leadership skills.” They are one of many.

For more information about the Roma:

About the Roma Community Centre and donations: www.romatoronto.org