The Korean Club at the University of Toronto has put on a couple excellent programs recently and they were open to the public, not just to students. In November the club organized some challenging but fun Korean games. 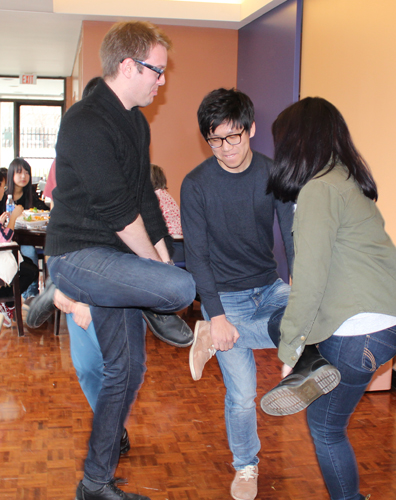 Part of the U. of T.’s Korea Day Cultural Fair program was a concert by distinguished classical musician Prof. Chan E. Park of Ohio State University. She sings and teaches 300 year old p’ansori music. She was awesome. 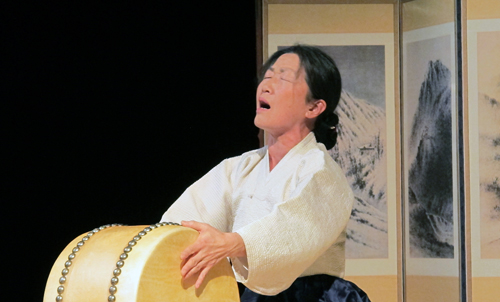 Last month, we were treated to an unusual fashion show of traditional Korean costumes at a Hanbok workshop. Students from various countries modeled the clothes as the owner of the costumes Cecelia Choi explained their history. Another Korean event is coming up on February 15. I hope you don’t miss it. 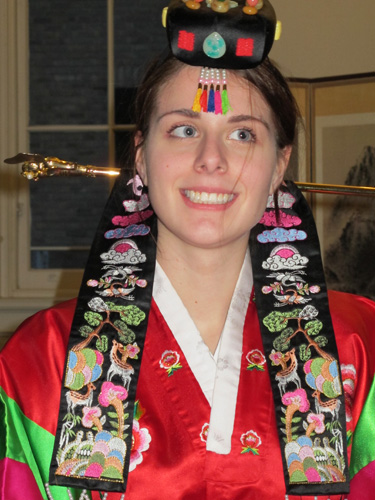 The fashion show exhibited part of a private collection of over a hundred costumes. Mrs. Choi helped dress the students. She and some of the Korean students explained the proper movements to go with them. 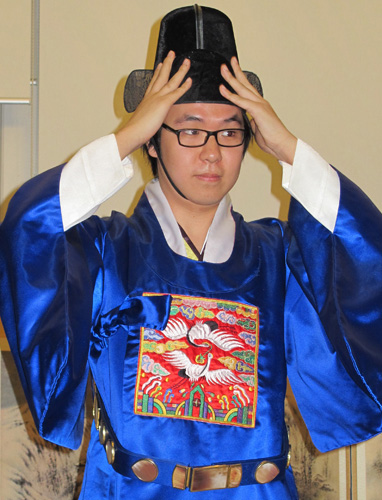 Then people from the audience were encouraged to try on the beautiful clothes, each of which, had a unique purpose. 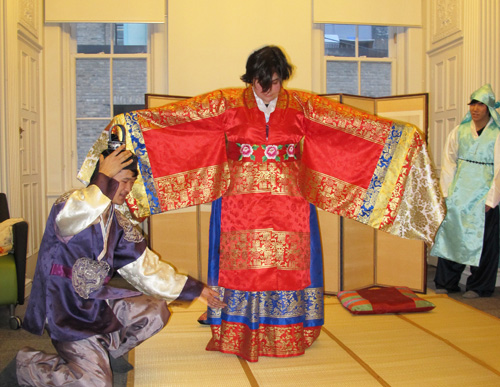 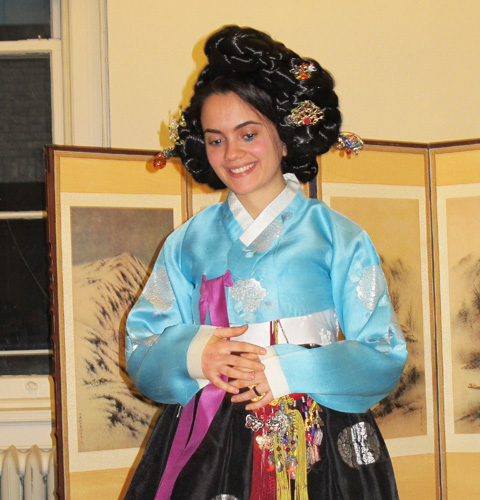 Ms. Choi’ can be reached at: info@fswinemaker.com . She runs a wine-making store too. Feel free to contact her for Hanbok rentals. 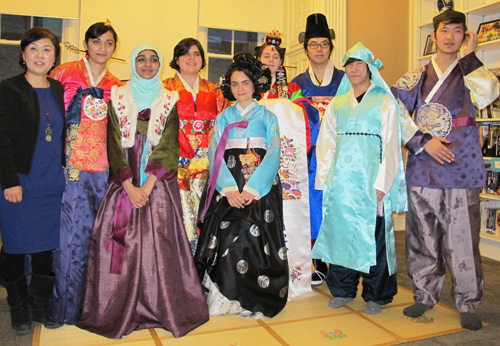 The U. of T. Korea Club can be reached at: thekoreaclub@gmail.com or http://www.facebook.com/events/577194665702447/ . Look at February 15 on www.TorontoMulticulturalCalendar.com for the upcoming Korean New Year event. Follow us on www.twitter.com/torontomulticul for updates and reminders. 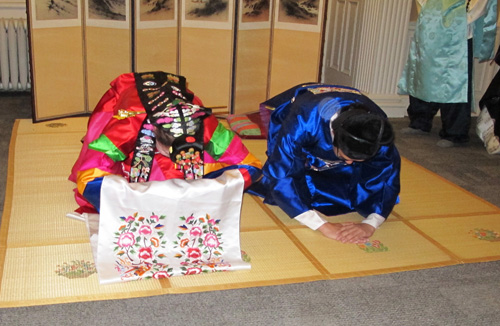