Ruth writes:
At the Royal Ontario Museum this past weekend, I found the South Asian Heritage Days especially fun, but for unexpected reasons. The performing arts on the Main Stage were very good as usual. I especially liked Bhavajan Kumar, a 22-year old Toronto-born Bharatanatyam dancer who is currently studying this classical temple dance form in India. You can see a sample of his talent in the video below as he portrays Lord Shiva.

I loved Anusha Sharma of Tamil heritage who sings Carnatic and Hindustani songs. It’s thrilling and amazing that she too was born in Canada and yet she is so good at classical Indian music. See the second video below. 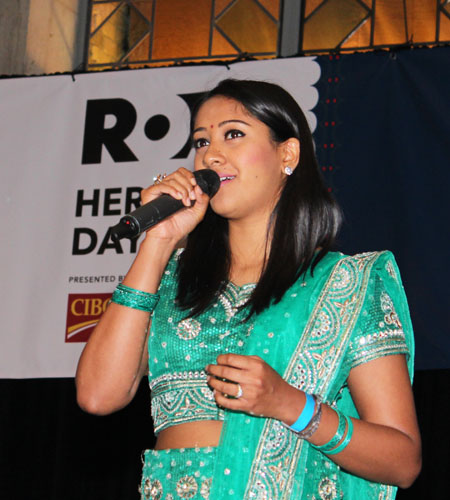 Also wonderful were the SG Expressions, whose five women dancers – most Canadian born – looked beautiful in their gold and beige costumes and temple jewellery. On stage, their eyes rolled expressively, and their heads swiveled from side to side properly. How wonderful that Toronto can develop such skilled people. 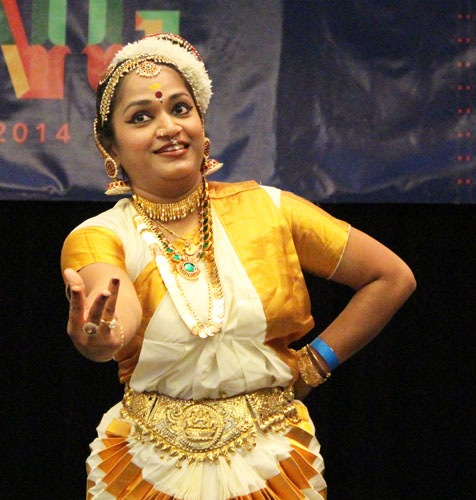 The Afghan folk dancers were fun. They were young and probably all Canadian born, and showed the audience how one finds a mate within the tamped-earthen walls of an Afghan village — except that the costumes were of different regions — which added to the colour. 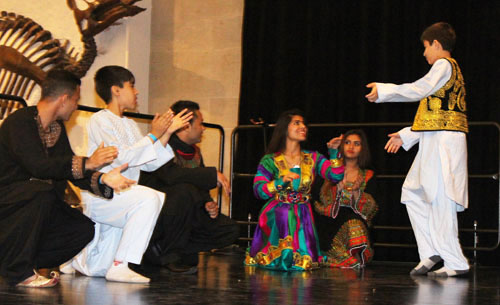 There were more excellent performances. Below is also a link to the tabla and sitar duo Anita Katakkar and Rex Van der Spuy. Their flying fingers brought back memories of Ravi Shankar as their playing reached greater and greater speed and climaxes. 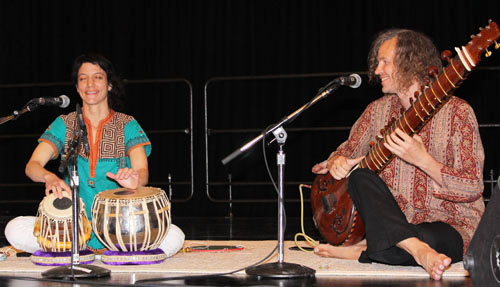 However, the most exciting part for me was the opportunity to meet and talk with some of these artists, as they waited in full costume for their performances on stage. I met Bhavajan Kumar and some of the SG Expressions in the ROMs basement as they relaxed between sets. The women said it took two hours to get dressed and made up. They knew when they were four years old that they wanted to be dancers. Sujatha Ganesh taught them Kerala’s Mohiniyattorn dance. She also danced with them that day. 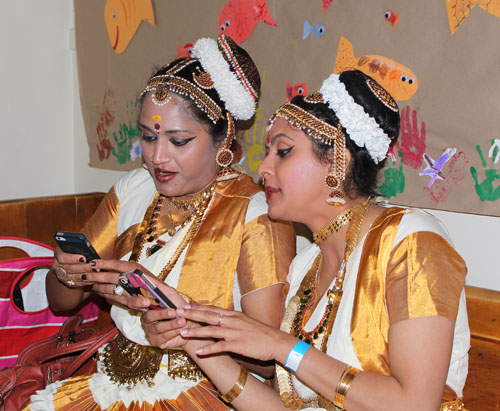 Bhavajan, a former Ryerson student, said he was only given five minutes on stage. After seeing him there, I wanted much more. Alas, today was his only performance in Toronto and he has no current plans to return here. He said he would be performing at the San Francisco Ethnic Dance Festival in July. Lucky San Francisco. 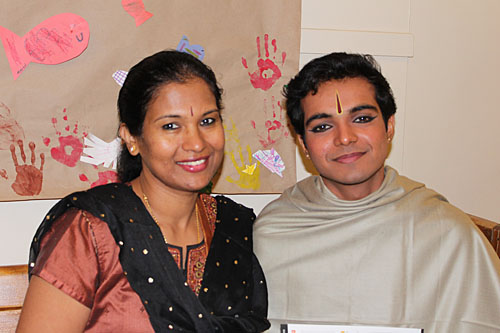 There were also many amusing exhibits on Level Two of the ROM near the dinosaurs. Here women could learn how to tie a saree. I was surprised when Ayesha Khan, who looked South Asian said she had never worn a saree. She was from Kashmir where they wear tunics and trousers. I should have remembered. 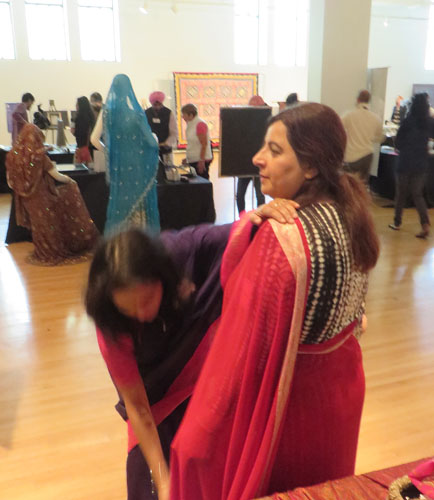 There I also found lively Deepti Batra giving lessons on the spices of South Asia and giving away samples. She said spices shouldn’t be kept more than six months if refrigerated and one month if not. She talked about a mix of spices that would help one lose weight. 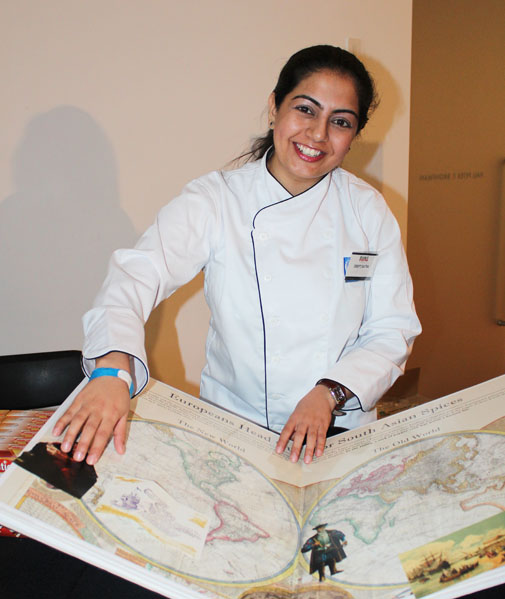 She gave smell tests of spices to many people. Khursheed Ahmed identified five correctly but missed out on fenugreek. 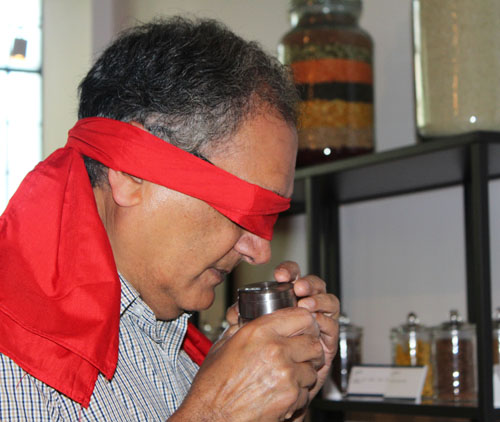 At the Tibet Gallery booth, J.C. Nawang tried to teach me how to keep a singing bell ringing and ringing and ringing. You hit the rim with a padded stick, and then rub it with the stick. The sound is soothing and conducive to meditation, he said. But I couldn’t keep it going. 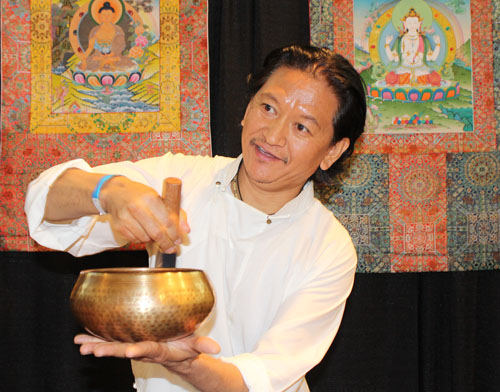 And what fun to see volunteer Vita from Hong Kong, one of  the many volunteers at the event, try on a turban from TieMyTurban.com. All he needed was a beard to look authentic. 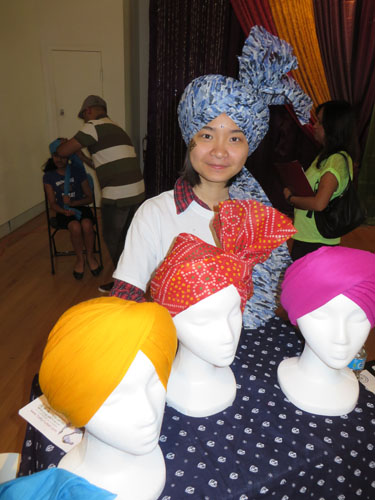 I’m always fascinated by how quickly and skillfully people can apply intricate henna designs free hand onto eager young ladies. And I love the way some women tie their head scarves. 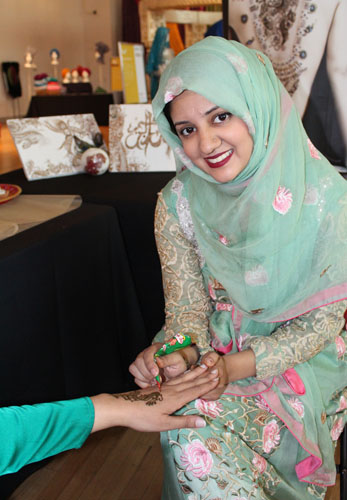 Last of all, as we left the event, volunteers handed out free nan bread and spices from a couple of South Asian food companies selling in Toronto. I received spice mixes for butter chicken and biryani from National, and naan from Santosh. Santosh gave out recipes for Salsa and Cheese Roti Quesadilla, and Burrito Roti Roll Up – what? no poutine!  A representative from National Foods said the spice mixes should last for two years, but I expect to try them out long before then.

Hellenic Heritage Day at the ROM will be Saturday, October 25, 2014 with a full day of live Greek music and dance performances, shopping, dining and more! I’m looking forward to that one too.