Unfortunately for us, tickets for the papal event are no longer available. 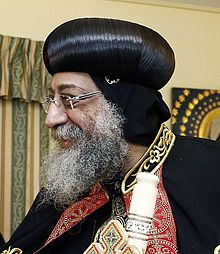 It is important to know about it though, because His Holiness Pope Tawadros II,  Patriarch of the Coptic Orthodox Church will be coming to Toronto from Egypt to inaugurate it. He is the head of this ancient church which was founded by St. Mark, a disciple of Jesus Christ. This is one of the churches that has been persecuted, its buildings burned, and its adherents killed in Egypt.

The festival will be held on the grounds of the first Coptic Cathedral in Canada September 4-7 and aside from the visit of the pope  is otherwise open to the public.

You have probably seen this massive cathedral being built on Steeles Avenue in Markham. It will be part of the Coptic-Canadian Village which will also house the Coptic museum, currently in St. Mark’s Coptic Church in Scarborough.

To mark the occasion,  H.H. Pope Tawadros II will also consecrate the altar of the new  St. Mark’s Coptic Cathedral, as well as bless the foundation stones for the other buildings in the Coptic-Canadian Village.

2014 is also the Jubilee Year for St. Mark’s Coptic Church in Scarborough which was the first Coptic Church in North America. It opened in November, 1964. Canada is home to at least 50,000 Coptic-Canadians, most in the Toronto area. Tickets were required for security reasons. I am sure many Torontonians will join us in welcoming His Holiness to Toronto. 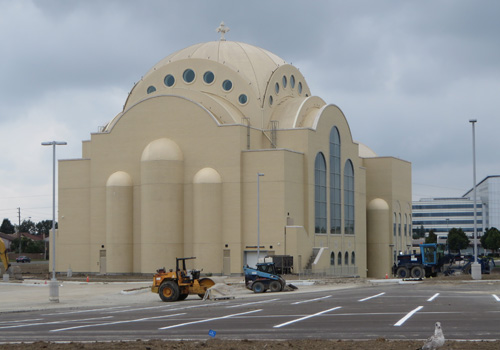