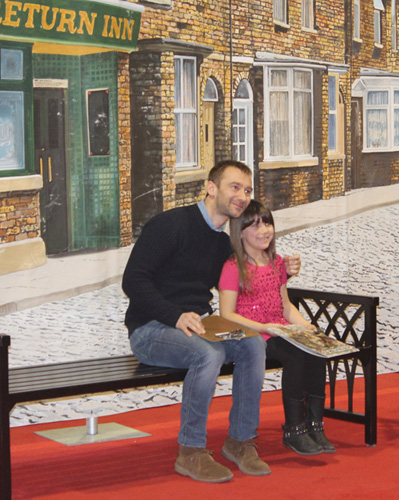 Ruth writes: Yes, we’ve been emailing British organizations in Toronto about this year’s British Isles Show. Only Ayesha Zahidi of the British Council has answered, bless her. She suggested we look up Totally British Magazine which is based in British Columbia. It would probably advertise there, she wrote.

We didn’t find an advertisement but we did learn about the similarly-sounding Totally British Festival to be in Hamilton on May 16 and 17. It seems to have everything that made the British Isles show so popular in Toronto – but not a Coronation Street star. Readers desperate for a British-fix can keep it in mind until we find out about a Toronto show. The Totally British Festival is on: http://www.totallybritishmagazine.com/home. Please let us know if you find information about the Toronto show. Email us at: ruthlormalloy@gmail.com.

Our previous Blog about the British Isles show is on: https://www.torontomulticulturalcalendar.com/2013/03/12/362-report-on-the-british-isles-show-2013.